The Scottish Football Association confirmed the defender would be suspended for two matches after he was sent off against St Gallen on July 2. 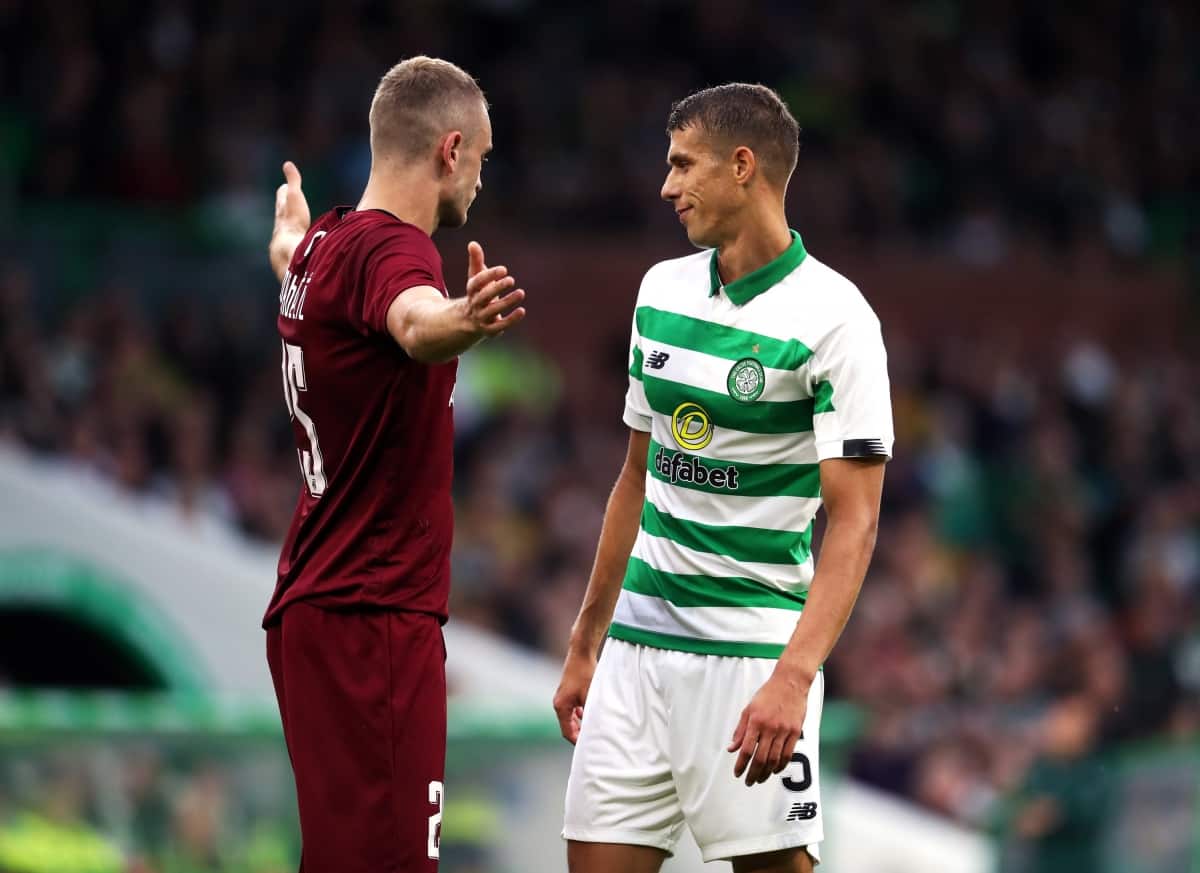 Jozo Simunovic will miss the first two matches of the Ladbrokes Premiership season following his recent red card in a friendly in Switzerland.

The Scottish Football Association confirmed the defender would be suspended for two matches after he was sent off against St Gallen on July 2.

Simunovic will miss the season opener against St Johnstone at Parkhead on August 3, and a trip to Motherwell seven days later.

The centre-back was initially shown a yellow card for a head-high challenge on Boris Babic, but the colour was changed to red following a VAR review. The video system was being trialled ahead of its introduction in the Swiss top flight.

A domestic suspension will now apply after the Swiss football authorities reported the sending-off to their Scottish counterparts.

The development will come as a blow to manager Neil Lennon, who has been employing a makeshift defence following the summer departures of Filip Benkovic, Dedryck Boyata and Mikael Lustig.

Midfielder Nir Bitton played in central defence alongside Simunovic in their opening Champions League qualifiers against Sarajevo with Kristoffer Ajer shifting to an unfamiliar right-back role.

Lennon is hoping to strengthen his defence before the suspension and revealed on Wednesday night he was closing in on his fourth summer signing.

Reports in Israel claimed a deal had been agreed for versatile defender Hatem Abd Elhamed to move to Glasgow from Hapoel Be’er Sheva.