by Jack Peat
in Football 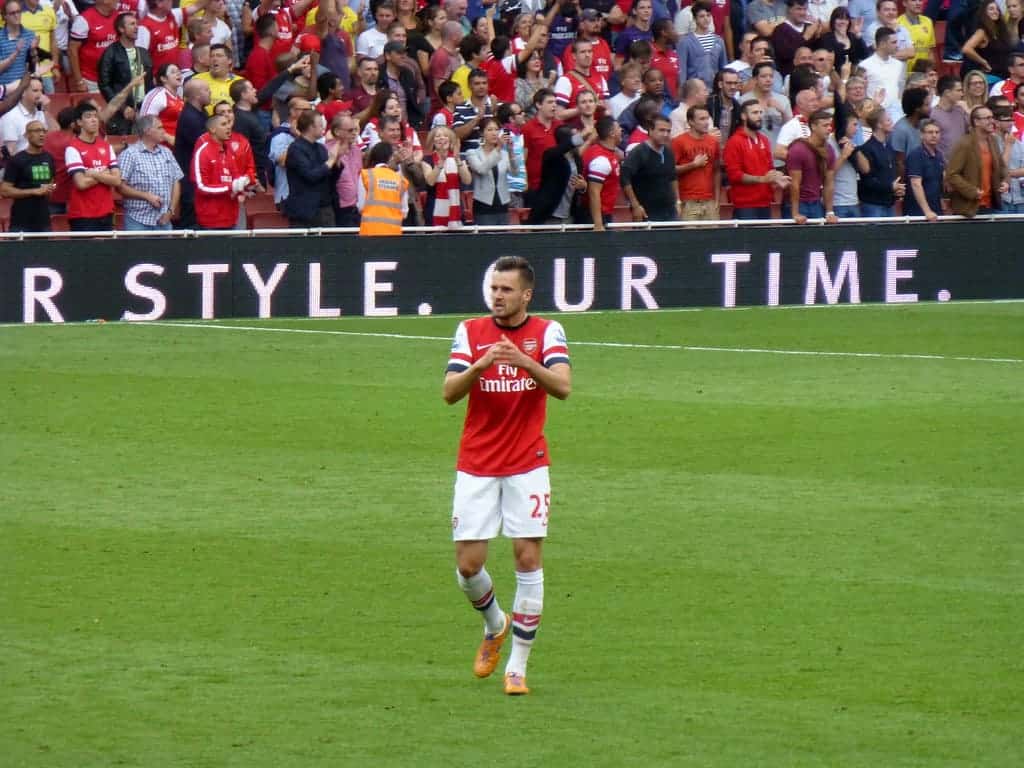 Carl Jenkinson has been praised for a “classy goodbye” following Laurent Koscielny “disrespectful” unveiling at Bordeaux.

The midfielder will join Nottingham Forest from Arsenal, and took the time to praise fans ahead of his departure.

Writing on his Instagram account he said: “This is a message that is hard to write so I’m going to keep it short.

“I’m leaving Arsenal in pursuit of a new challenge and a fresh start, and ultimately to play regular football again.

“I can’t really put into words what it has meant to me to play for this club, but what I can say is I have truly lived my dream.

“This brings me to you, the proper Arsenal fans, as I have lived your dream too.

Classy goodbye from a true Gooner, in direct contrast to the shameful antics of @6_LKOSCIELNY.
Best of luck @carljenkinson. https://t.co/x6BYmSe0VY

“It has been an up and down journey for me but I hope you all have seen how much it has meant to me and know that I have given it my all.

“I have played 70 games for Arsenal which if you told me I would do as a kid I would’ve laughed at you.

“I take many great memories and friendships from my time at this special football club, and it is a chapter in my life that I will cherish forever.

“I see a great future for this club under the current manager and coaching staff, and I look forward to seeing this unfold. As for now, I’ll take my seat back in the stand, as a fan, with the rest of you.

The message was posted after teammate Koscielny, who spent nine years with the Gunners, was filmed pulling off an Arsenal shirt to reveal his new team’s top underneath.

The 33-year-old defender refused to travel on Arsenal’s pre-season tour and made it clear he wanted to leave.