Newcastle’s new boss and his staff have flown straight to China. 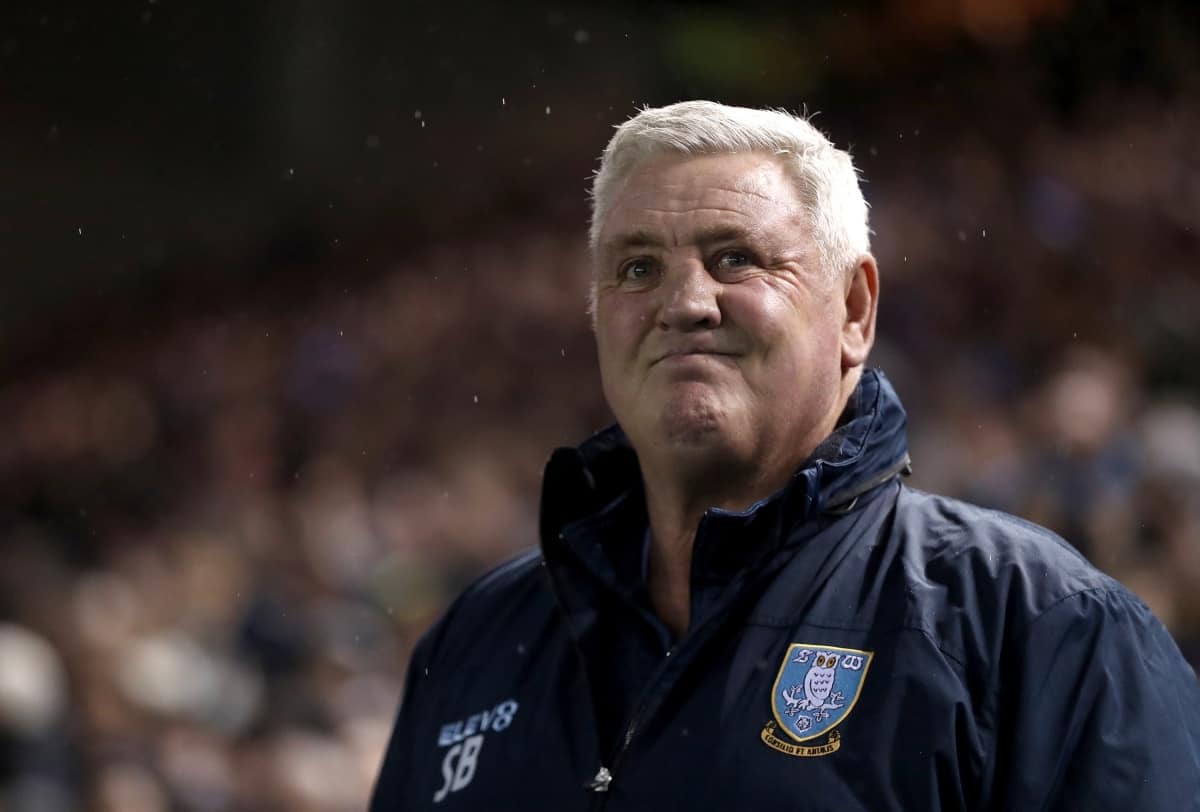 Steve Bruce has walked into the eye of a storm after accepting Mike Ashley’s offer to become Newcastle’s new head coach.

The 58-year-old boyhood Magpies fan was confirmed as Rafael Benitez’s replacement on Wednesday, just hours before the team he has inherited from the Spaniard were due to kick off in their opening Premier League Asia Trophy fixture against Wolves in Nanjing, China.

Bruce, who will be assisted by trusted allies Steve Agnew and Stephen Clemence in his new role, arrived knowing he faces a major challenge to win over fans still furious at Benitez’s departure and once again threatening boycotts as they step up their campaign against Ashley.

He said: “I’m delighted and incredibly proud to be appointed as head coach of Newcastle United. This is my boyhood club and it was my dad’s club, so this is a very special moment for me and my family.

“There is a huge challenge ahead of us, but it’s one that my staff and I are ready for. We’ll roll our sleeves up and we’ll be giving it everything from the off to ensure supporters have a successful team that they can be proud of.”

Bruce, who has signed an initial three-year contract, and his staff were already on their way to China when the official announcement was made and are expected to be formally unveiled at a press conference following their return.

Newcastle finally got their man after days of wrangling with Sky Bet Championship Sheffield Wednesday, who had handed him the reins at Hillsborough back in February, over a compensation package.

A report in France on Tuesday suggested they had turned they attention instead to former Lyon boss Bruno Genesio, but sources on Tyneside were quick to dismiss the speculation and insist Corbridge-born Bruce remained their number one target.

Managing director Lee Charnley said: “Steve has a deep affection for Newcastle United and we are very pleased that a coach with his vast experience and connections to the club and city has joined us.

“Steve knows what this club means to supporters and to the region and he will put his heart and soul into leading our talented group of players with the full support of our staff.

“The hard work for Steve and his team starts immediately and we will be fully prepared for the challenge of a new Premier League season.”

The challenges ahead of Bruce and multiple and testing. Primarily, he needs to rebuild a squad which has lost Ayoze Perez, Salomon Rondon, Mohamed Diame, Joselu, Kenedy and Antonio Barreca since the end of last season, with only three weeks of the transfer window remaining.

Hoffenheim’s £36million-rated striker Joelinton is a player the Magpies have monitored for some time and his capture would represent a new club record, although Bruce’s job title – Benitez was manager rather than head coach – suggests he will not have sole charge of the recruitment process.

In addition, academy coaches Ben Dawson and Neil Redfearn have presided over pre-season training and the former Sheffield United, Huddersfield, Wigan, Crystal Palace, Birmingham, Sunderland, Hull and Aston Villa boss will have little time in which to instil his ideas ahead of the opening Premier League fixture against Arsenal on August 11.

He also faces a battle for the hearts and minds of supporters who went into the summer hoping for a takeover, the retention of Benitez and a spending spree which would fuel a challenge for the top eight, but will end it with Ashley still in place, the Spaniard now manager at Dalian Yifang and gaping holes in the squad.

Many have already voted with their feet, with around 12,000 season tickets having been placed on general sale earlier this week.