Dad-of-two Roger Trainer, 64, has followed Bristol City home and away but this season has been taken away from him 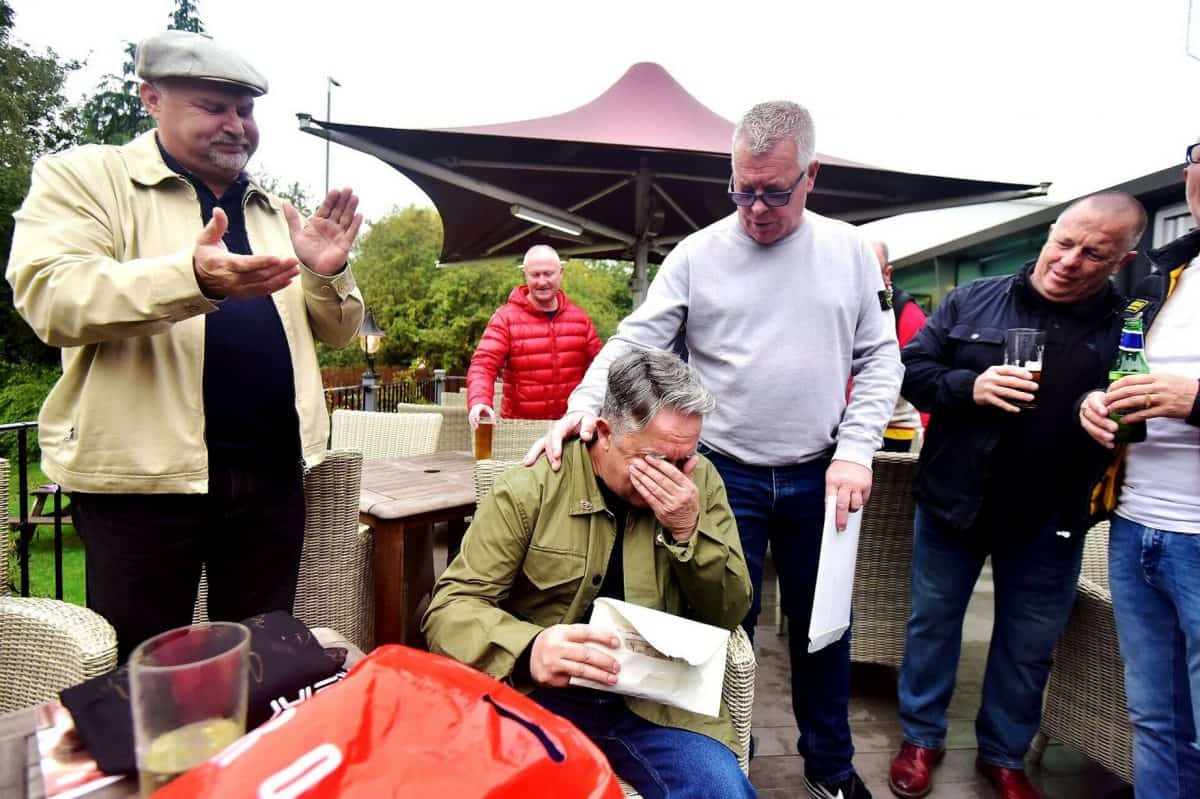 This is the emotional moment a football fan was moved to tears as his mates gave him £2,500 to aid his fight with Parkinson’s – which stops him going to games.

Dad-of-two Roger Trainer, 64, has followed Bristol City home and away but this season has been taken away from him.

He battles with Parkinson’s disease which has made travelling to games impossible and he is no longer able to take his seat in the stands.

The roofer is unable to work so has lost his main source of income, putting a huge burden on his family.

On Saturday, more than 150 close mates, colleagues and fellow City fans surprised Roger at the Lock Keeper pub in Keynsham.

They presented him with more than £2,500 they had raised for him plus a signed Robins jersey donated by the club.

Lifelong pal Steve Jones said: “He was overwhelmed. He’s a proud man so won’t make a big deal of it but I know how much it meant to him.

“We all love him dearly and know how hard these last few years have been for him and his family so just wanted to show that and do what we can.

“He’s always been a man to help others – through his charity and community work in Keynsham or with City.

“As Roger said to me, ‘you judge a man’s true wealth not by how much money he’s got, but by how many friends he has’.”

Steve along with Steve Maggs and Lloyd Russell set up a Just Giving page to help Roger last month.

Before Bristol City’s last home game against Reading they also went collecting around the pubs outside Ashton Gate.

“He thought he was just going for a small drink,” Lloyd said. “His reaction said it all and we were all choked up by it.

“It was a mark of respect for the man, to see that many people turn out for him.

”We only planned a little gathering but you only have to see the numbers to see what he means to so many people.

“Bristol City is his life. A lot of the players know him. So to have that taken away from him has been really hard for him to take.”

Parkinson’s is a neurological condition which develops when cells in the brain stop working properly and are lost over time. It’s thought around 1 in 500 people are affected by the disease.