“I dribble a lot. Some people love it. Some people don’t love it a lot. With the love they give me, I’m so proud to be in this club." 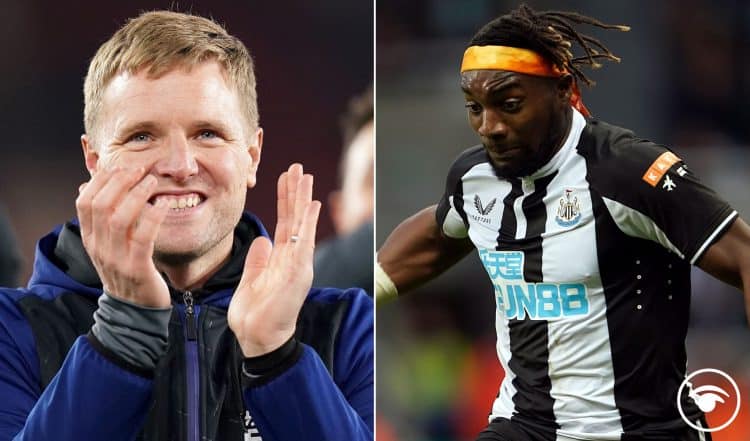 Back on the 2nd August 2019, Allan Saint-Maximin joined Newcastle United on a six-year contract from Nice.

The flying French forward has been exciting Newcastle fans ever since.

The Geordies have added him to the likes of Ben Afra, Ginola and Robert as skillful legends who have made the trip from France to Tyneside.

He made his debut in Newcastle’s defeat to Arsenal.

On the 5th of December, Saint-Maximin scored his first goal for the club in a 2–0 win against Sheffield United.

He has played almost 100 times for the club and scored 12 times.

it might not bother him too much but he is the only Newcastle United player to make Steve Bruce’s all-time XI, he told The Telegraph.

Geordie through and through.

Is he wasteful with the ball? Not according to this chart.

He looks decent on FIFA as well.

If they manage to land James Maddison, he already has one fan in Saint-Maximin.

King of the headband?

He is in good company.

Gary Neville would have bottled it!

And no Saint-Maximin story is complete without this song!