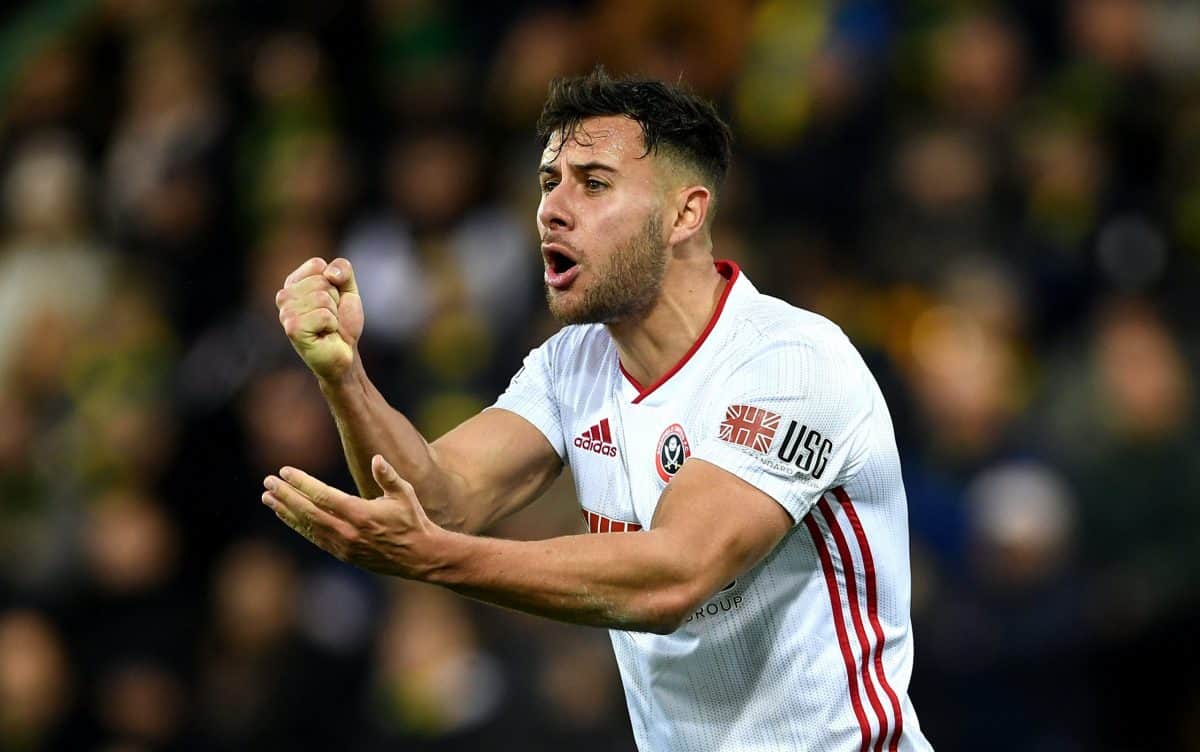 Many stories from this strange and disjointed season will be lost and forgotten – but Sheffield United’s remarkable return to the top-tier of English football should not be among them.

Throughout the spring, with uncertainty about whether the season would ever be finished abundant, many focussed on the injustice – depending whose colours you wear – of Liverpool being denied their first title of the Premier League era.

Then, when a plan to hold games without fans and at neutral venues emerged, talk shifted to how unfair it was that Jürgen Klopp’s team would be forbidden from lifting the trophy in front of their own, long-suffering fans.

But few would deny that the season’s true fairytale has taken place on the other side of the Peak District.

Liverpool aside, the Blades have the best defensive record in the league. Chris Wilder’s side have conceded just 25 goals in 28 games.

By contrast Norwich City and Aston Villa – the two sides promoted alongside United – have seen their defences breached 52 and 56 times respectively.

Integral to that effort has been George Baldock, the enterprising 27-year-old right-back who has yet to miss a game, and has helped his side pick up a remarkable ten clean sheets so far this season.

“It was disappointing,” he admitted, discussing the disruption caused by the pandemic with The London Economic via Zoom from his home in Sheffield. “We were getting into the swing of things, we had great momentum, good results going into the shutdown of football.

“But we totally understand that football could not have carried on during that time, there’s a global pandemic going on and we understood that the powers-that-be would make the decision and we’d have to respect that because it’s been such a disastrous time for such a lot of people.

“When we’re given the green light by the government and the Premier League, and the club doctors who have been involved in all these meetings believe it’s safe, then us boys at Sheffield United have full trust in them to get back in and do what we have to do.”

With the return of the Bundesliga, football has been back on our screens for a few weeks now. And while for many it was a sight for sore eyes, pictures of subs sitting with masks on and empty terraces has still been jarring.

Baldock seems prepared that when the Premier League does return, from a three-month coronavirus-enforced break on 17 June, it will be a completely different entity.

“Football without the fans isn’t gonna be the same, of course it’s not,” he said. “But we’re living in a non-perfect world at the minute, so if we’re given the opportunity to get back to doing what we love then I’m all for it, whatever needs to be done.

“We just have to crack on, get on with it, be professional and finish the job that we started.”

While for many Brits, the thought of haring out onto the football pitch for 90 minutes after two-and-a-bit months indoors feels like a physical feat akin to climbing Everest, Baldock has hardly missed a beat.

Clubs are now back in training ahead of a scheduled restart of the football season on 17 June, but before that they were following strict fitness regimes, monitored remotely by the team’s trainers.

“We would have our own sessions, five each week on the bike, leg weights at home, running on your own. It was solid mate, we had to send in evidence of our heart-rates and speeds and bike sessions.

“There was no cutting corners, even to the point where we had to weigh ourselves and send in pictures of the scales.”

Sheffield United’s togetherness has been a touted by many pundits as underpinning their success this year and, despite social distancing, Baldock insists that the squad have had no problems keeping spirits up.

He said: “It sounds corny and that, but we are like a band of brothers. They are all really close mates to me and, you know, I think that shows when we play football. We’re such a humble group and so hard-working that we really do run the extra mile for each other.”

Wilder is a huge part of that success and, listening to Baldock, the esteem in which he’s held by his players is palpable.

“He keeps you grounded all the time, but he’s brilliant. I’ve said before he’s a mixture of old school and new school. He’s got that perfect balance, where he knows how to deal with players and not let their egos get out of control but at the same time gets us playing with freedom and not fear.

“Yeah, he’s been an exceptional manager and he’s obviously doing unbelievable things at the minute.”

Baldock has had a more circuitous route to the top than most. Although he made his debut for MK Dons, his local club, aged 18, he has spent a lot of his career out on loan – including stints at Tamworth in the Conference and in Iceland, with lesser-heralded Íþróttabandalag Vestmannaeyja – or ÍBV for short.

“Everyone’s got different pathways,” he said. “If you’ve got the mentality, no matter where you start, you’ll always find a route to where you want to go – I’m a firm believer in that.

“I’ve had a lot of setbacks and people doubting whether I could get to where I believed I could. I’ve definitely gone the long way round, but I think it’s those kind of humble beginnings that toughened me up.

“I played League Two, I played in Iceland – where I did a lot of growing up – and it just fuelled that burning desire, you know, to get to the best stadiums in the world and play against the best players in the world. I wasn’t gonna stop until I did that.”

As for the future, it would be no surprise if international recognition came sooner rather than later – the question is, for who?

The 27-year-old is eligible to play for Greece through his grandmother on his dad’s side of the family – and, with the likes of Trent Alexander-Arnold and Aaron Wan-Bissaka making right-back arguably England’s most competitive position, has discussed representing the country ahead of the next World Cup.

“To play for either of those countries would be a massive honour for me. I’m three-quarters English, and proud to be English, but at the same time I’m so proud of my Greek heritage – and my granddad’s asked me all the time to turn out for them.

“It’d be a proud moment for my family either way, but I don’t want to get too far ahead of myself – I just want to concentrate on playing well for Sheffield United and if an option comes up, I’ll look at it.”

Regardless of how the season plays out, it’s been a landmark one for Baldock and Sheffield United. No virus can erase that.

Related – Mourinho: I still speak to my Inter Milan treble-winning team every day