With continued scrutiny of Emery’s results and tactics, speculation over who could replace him if Arsenal wield the axe has led to former Chelsea and Manchester United boss Mourinho being linked to the post. 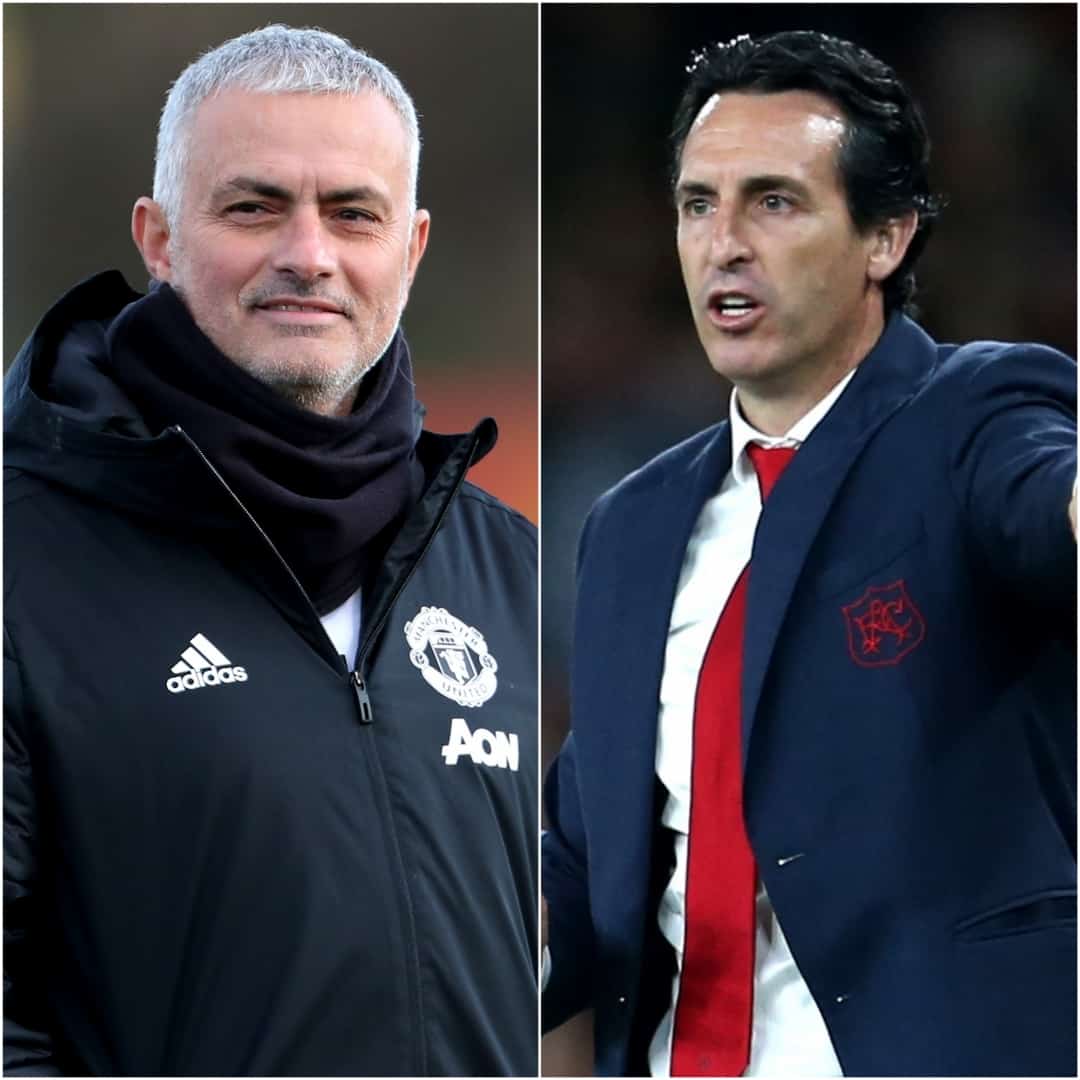 Arsenal have denied any meetings have taken place between head of football Raul Sanllehi and Jose Mourinho as pressure continues to mount on head coach Unai Emery.

With continued scrutiny of Emery’s results and tactics, speculation over who could replace him if Arsenal wield the axe has led to former Chelsea and Manchester United boss Mourinho being linked to the post.

Reports emerged over the weekend that the out of work Special One had met Arsenal bosses to discuss replacing Unai Emery at the club.

There was fresh speculation on Sunday morning that Sanllehi met Mourinho for dinner, fuelling reports of a potential move .

Yet Arsenal insist the reported meeting never took place, and that Mourinho and Sanllehi have in fact not met for a number of years.

Mourinho has been out of work since he was sacked by Manchester United back in 2018.

He has continually hinted that he wants to return to football management at some point, and is reportedly keen on taking the reins of a Premier League club.

Raul Sanllehi reportedly dined with Mourinho last week to talk about Arsenal’s squad and what his plans would be for the Gunners.

The Gunners are said to want a manager with a better grasp of English than Emery who joined the North London club in May 2018 on a two year contract.

The Portuguese former football boss was seen at Arsenal’s 3-2 Europa League win over Vitoria last week and reports claim he is keen for another managerial job in England.

The 56-year-old wants to become the first manager to win major trophies with three different clubs in the English top flight, and Arsenal is looking the likeliest club for him to achieve the goal.

Mourinho has also been linked with a return to Real Madrid. Mourinho still enjoys a good relationship with president Florentino Perez and the Spanish club has also suffered a difficult start to the season under the helm of former Real player Zinedine Zidane.

The Times report that Mourinho’s entourage are recommending Arsenal however as a better choice. At Madrid, expectations are much higher and Mourinho would be going back to a club where fans turned against him during his spell as manager between 2010 and 2013. At Arsenal, they believe, he could better the current reign of Unai Emery.

Mourinho was sacked from his second stint as manager at Chelsea in 2016, which ended worse than his first, despite winning the Premier League in 2015 as well as Premiership Manager of the Year.

Mourinho would bring Mesut Ozil back to Arsenal centre stage

Mourinho has previously managed Mesut Ozil at Real Madrid and has said he deserves a return to first team play at Arsenal where he has been ostracised by Unai Emery this season.

The Portuguese football coach has lauded Arsenal’s front three of Pierre-Emerick Aubameyang, Alexandre Lacazette and Nicolas Pepe earlier this season during a punditry stint with SkySports. And he is full of praise for Arsenal record signing Nicolas Pepe.

‘I think they are very good players and normally they should be on the pitch all three together,’ said Mourinho.’

A section of supporters have turned on Head Coach Unai Emery following a run of two wins from their last nine Premier League games.

Emery came in for criticism after his side allowed a lead to slip for the third time in a week as they drew 1-1 with Wolves on Saturday.

The Gunners could end the weekend six points adrift of the top four and are already 14 points off the title pace having won just four of their opening 11 fixtures.

Raul Jimenez’s header earned Wolves a point at the Emirates Stadium after Pierre-Emerick Aubameyang’s 50th Arsenal goal had put Emery’s side in charge.

Emery opted to leave Granit Xhaka out of squad on Saturday after he swore at supporters who jeered him when he was substituted during the draw with Crystal Palace last week.

Will Aubameyang keep the captain’s band at Arsenal?

While it remains to be seen if Xhaka will retain the armband, vice-captain Aubameyang filled the role well against Wolves – getting on the scoresheet as he led the side out for the first time – and Emery suggested he could be a long-term option.

“He could be,” he replied when asked if Aubameyang could remain captain beyond the one game.

When asked after the Wolves game if he thought his job was under threat, Emery said: “I am very demanding myself and I feel my responsibility to work every time to come back with a better result in the next matches.”

Wolves may have battled back to earn a deserved draw at the weekend – but it was not enough for midfielder Ruben Neves, who felt the visitors should have left north London with all three points.

“We go out of with a feeling that we should win the game, to be honest,” he told the club’s official website.

“To create a lot of chances against a team like Arsenal is really difficult, and we did it, but to make the next step we have to score.

“We should have won that game, I think we deserved it, but you have to keep on working to do this step forward and start winning these kinds of games.

“When we play well and when we have these kinds of chances, we must win it, and if one team deserved the win today it was our team.”