The Gunners striker Pierre-Emerick Aubameyang hit his seventh goal in as many games this season as his late free-kick earned Unai Emery’s side a 3-2 victory over Aston Villa on Sunday. However the team can’t rely on him and need to be stronger. Calum Chambers, who replaced Bukayo Saka at the interval, would then level […] 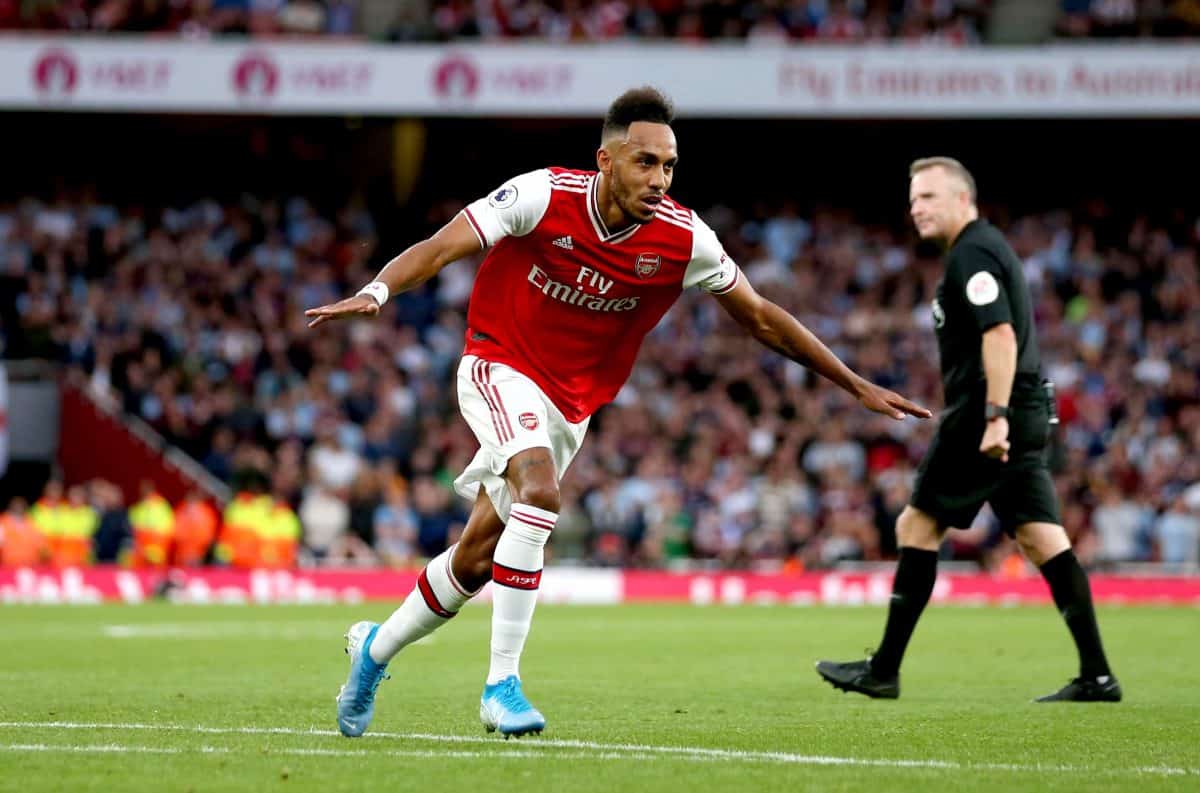 Arsenal's Pierre-Emerick Aubameyang celebrates scoring his side's third goal of the game during the Premier League match at the Emirates Stadium, London.

The Gunners striker Pierre-Emerick Aubameyang hit his seventh goal in as many games this season as his late free-kick earned Unai Emery’s side a 3-2 victory over Aston Villa on Sunday.

However the team can’t rely on him and need to be stronger.

Calum Chambers, who replaced Bukayo Saka at the interval, would then level for a second time before Aubameyang’s 84th-minute free-kick secured the points.

Asked if there was an acceptance that Arsenal cannot keep relying on the Gabon international, Chambers replied: “Of course.

“But when you have players like that obviously it does help as well. We’re working every day in training and working on what we need to do and we’ll just keep going.

“Aubameyang’s very key. He’s a quality striker and a lot of the players on this team are quality, so to have him at the top of the team, scoring the goals is brilliant for us.”

Former Arsenal midfielder Ray Parlour believes the Gunners should set their sights on winning the Carabao Cup this season.

They host Sky Bet Championship promotion hopefuls Nottingham Forest in the third round on Tuesday night as they start their Carabao Cup campaign at the Emirates Stadium.

But Parlour, who won the competition with Arsenal in 1993, feels that if head coach Unai Emery can find the right balancing act then the two-time winners can lift the trophy once again.

“I think he mixed the team with experience and youngsters,” Parlour said of Arsenal’s run to the quarter-finals in last season’s Carabao Cup – where they were beaten by neighbours Tottenham.

“There is no problem with that, it is good to give the youngsters game time and they have some very good youngsters at Arsenal – Reiss Nelson, (Ainsley) Maitland-Niles, Joe Willock and Emile Smith Rowe. It is great to see players like that come into the team.

“But you can also see how important the competition is to teams like Manchester City and it is another trophy to talk about at the end of the season.

“It is a magnificent achievement to win any competition and for Arsenal and Unai Emery, and the rest of the top six, they should be – and probably will be – taking it seriously.

“There are a lot of games and you get injuries through the season so it is a bit about balancing the squad.”