West Bromwich Albion footballer Romaine Sawyers said he hoped the custodial sentence will "serve as a deterrent to others." 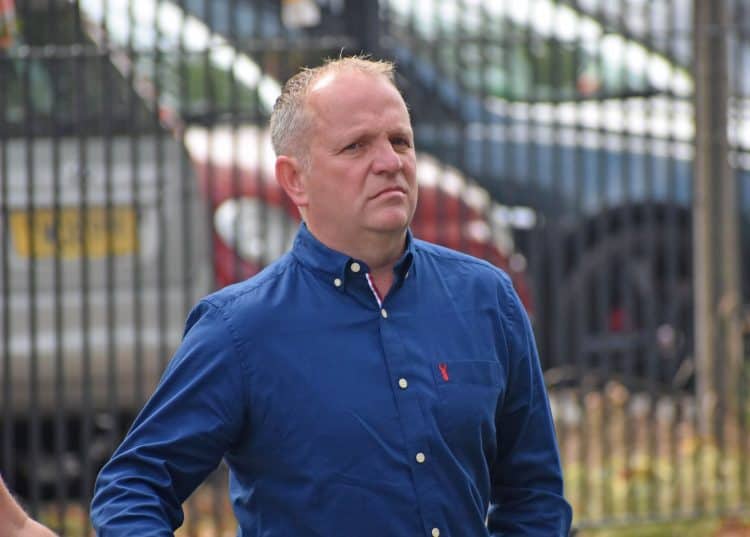 West Bromwich Albion and Romaine Sawyers have welcomed an eight-week prison sentence handed to a fan thought to be the first supporter jailed over online racist abuse of a footballer.

In a statement issued after Albion supporter Simon Silwood, 50, was jailed and ordered to pay £500 in compensation over a “grossly offensive” Facebook post, Sawyers encouraged fellow players to report all racial abuse to police.

The midfielder said: “I welcome the custodial sentence today issued to Simon Silwood and I am now focused on putting this incident behind me.

“Racial abuse towards anyone, in any circumstance, is totally unacceptable and I hope this case will serve as a deterrent to others.

“This is an incident that has affected me deeply, but I would like to encourage fellow players to report all racial abuse to the police. We must together stand strong in order to rid the game, and wider society, of this hideous behaviour.”

Social media companies “must do more”

The 29-year-old St Kitts and Nevis international, who is currently on loan at Stoke City, added: “It is widely-accepted that social media companies must do more to stop the publication of racism on their platforms.

“I again urge them to take the necessary action required to prevent anyone from receiving the abuse I experienced.

“I would like to thank (West Midlands Police) Pc Stuart Ward and Ian Skidmore of West Bromwich Albion for their tireless support and professionalism during what has been a difficult eight months for me personally.

“I would also like to applaud the Baggies fan who bravely came forward to report what they had seen. It is important we all remain vigilant in the fight against racism, so please, if you are aware of racism, it is essential you report it.

“It is important to me to turn this negative experience into something positive and I will, therefore, donate the £500 awarded to me as compensation to a local West Midlands charity.”

Silwood was arrested after posting a message on social media saying Sawyers should win the “Baboon d’Or” – a sarcastic reference to the Ballon d’Or trophy – following his team’s 5-0 defeat to Manchester City at the Hawthorns on January 26.

He denied the offence, blaming predictive text and telling police is had autocorrected the word “buffoon” to “baboon”.

Silwood, who has been banned for life by West Brom, was convicted at an earlier hearing at Walsall Magistrates’ Court after District Judge Briony Clarke ruled he was “not a credible witness” and had meant the post to be offensive.

The court heard Sawyers was reporting a separate alleged racist social media post when he was shown Silwood’s message, and was left feeling “harassed, alarmed and distressed” after reading it.

“There is no place for racism or racist abuse online. This clearly in my view crosses the custody threshold. I assess the remorse you have for your actions as very minimal indeed.”

At the earlier hearing, prosecutor Simon Brownsey said his case was that the message posted by Silwood to a West Bromwich Albion Fan Zone Facebook group “was intentionally posted and was blatant racism towards black professional footballer Mr Romaine Sawyers”.

First to be jailed

Silwood is believed to be the first defendant in England and Wales to be jailed for the racist abuse of a footballer online.

Mark Johnson, of the Crown Prosecution Service, said: “In the 21st century, it should be incomprehensible how a so-called football fan can abuse a player based on race, let alone a player on the team he purports to support.

“Silwood deliberately chose a word known to have clear racist connotations to abuse a footballer due to the colour of his skin.

“Such behaviour will not be tolerated in football and will be prosecuted by the CPS.”

Elizabeth Jenkins, of the CPS, said: “There is no room in the game, nor elsewhere, for racism. Where there is sufficient evidence and it is in the public interest, we will prosecute such cases and seek an increased sentenced on conviction.

“Hate crimes such as these have a massive impact on players and their mental health. The CPS takes this kind of offending very seriously and this case shows that where offensive content is reported to the police, we can successfully bring offenders to justice.”

Offering mitigation prior to sentence, defence barrister Rupert Jones said of Silwood: “He has suffered a very public humiliation, entirely of his own doing.

“He himself has received messages and threats since his conviction. He has now had the opportunity, somewhat ironically, to experience what that is like.”

The sentencing took place three weeks after a fan was given a suspended 14-week jail term for posting racist comments on social media after England lost to Italy in the Euro 2020 final.