Hear the term ‘teenage driver’ and the first things that pop into your head are quite possibly a ‘Nissan Micra’ and ‘sky high insurance premiums’, but one 18 year old from Bishops Stortford is demonstrating that a lack of years is no barrier to driving talent. Not only is Callum Ilott’s tender age belying his […]

by Ollie McAninch
in F1 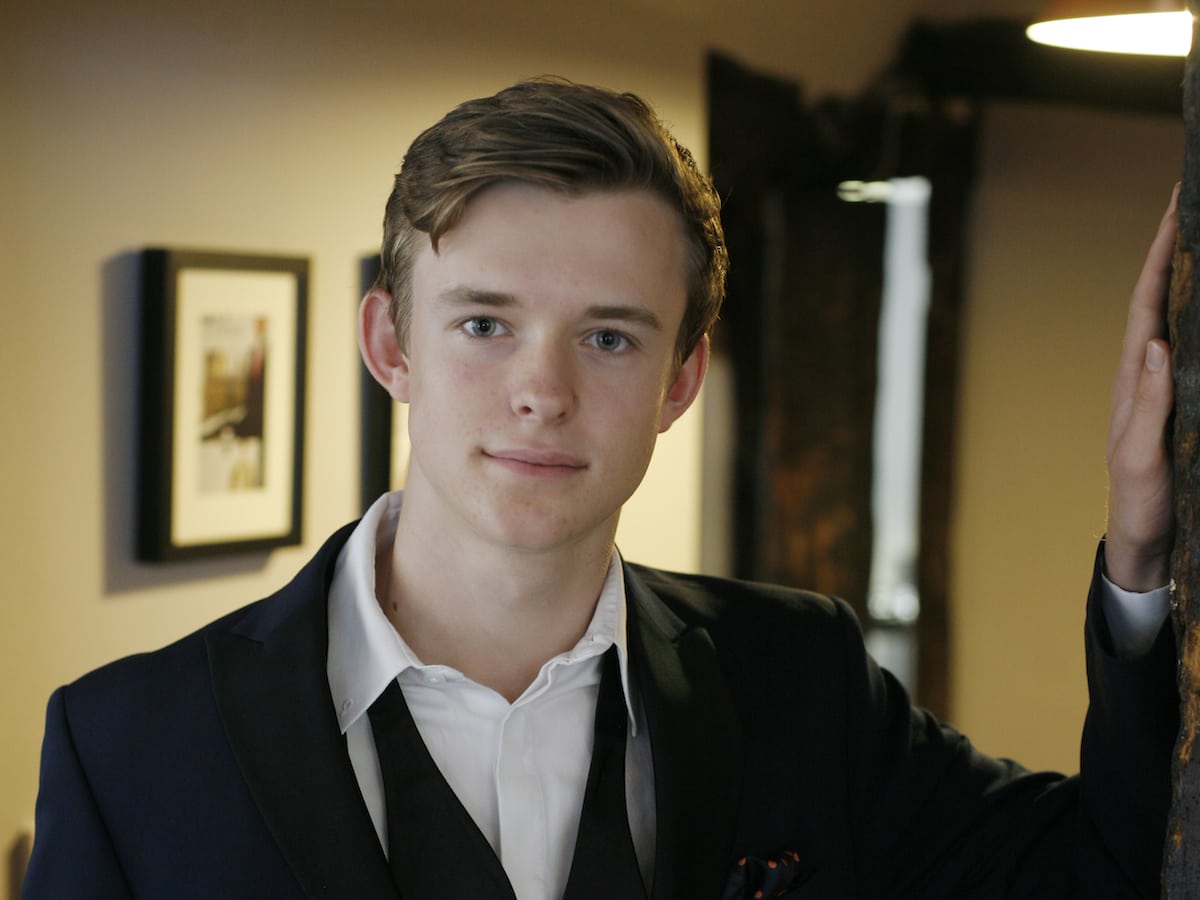 Hear the term ‘teenage driver’ and the first things that pop into your head are quite possibly a ‘Nissan Micra’ and ‘sky high insurance premiums’, but one 18 year old from Bishops Stortford is demonstrating that a lack of years is no barrier to driving talent. Not only is Callum Ilott’s tender age belying his success as a multiple karting champion but, unlike so many other drivers in motorsport whose fathers also competed, Ilott’s unorthodox journey didn’t start with watching a parent race but rather the 07:09 from Bishops Stortford to Liverpool Street.

“My Dad would take the train every day to travel to work in London,” recalls Callum. “Gazing out of the window he would see the Rye House kart track and eventually it got him thinking that I might like to try it. He was a motorsport enthusiast but we weren’t a racing family so he didn’t know exactly how you got started. One autumn weekend we piled in the car and drove down there to find out more. It was just before my seventh birthday and I still remember how exciting it felt to be driving and in control. That feeling has never gone away.”

Callum’s enthusiasm led to dad Steve buying a kart and the whole family embarked on the next journey that ultimately led to a string of karting championships across Europe.

“I started locally, then raced in the South East, then went national, slowly building up podiums, but we stuck at it and by the time I was 12 I was winning titles in the UK and Europe.”

There’s clearly something in the Hertfordshire water that cultivates drivers as Callum ended up karting for the same team that previously ran Stevenage’s Lewis Hamilton. A string of major titles including the European KF Championship in 2014 meant Callum started to appear on the radar of motorsport’s biggest talent spotters. “It’s the ideal training ground for car racing and as teams seek to sign up drivers earlier and earlier, they are watching the karters,” says Callum. “Karting offers a lot of track time to hone your race craft and strategy and, when you are not driving, you also have to learn about setup. There are plenty of times when you need to pick up a spanner and get your hands dirty.”

One person that had his eye on Callum was Red Bull’s Dr Helmut Marko. “Dr Marko is behind the stream of drivers like Sebastian Vettel and Max Verstappen that Red Bull has taken to Formula One. He is hugely influential and as a 15 year old, getting that call to be part of its young driver programme was a very special moment.” Special for Red Bull too as Ilott was the first ever driver to be taken straight from karting to F3 in a Red Bull-backed car. It was unorthodox, a word that underpins Callum’s entire career.

For example, by leaping straight to the European F3 Championship, he’s never raced at some of the classic British tracks such as Brands Hatch or Donington that his peers have pounded around. “Going to Europe at an early age meant we weren’t at the usual race meetings and instead a lot of what we achieved was unnoticed by the traditional motorsports network in the UK. That’s changing but it’s easy for some drivers that do things differently to be overlooked. It was good that Red Bull was watching though!”

Red Bull’s opportunity was just that, a chance to leapfrog his rivals and start car racing just two steps from F1. “The guys I karted with went off to do lower categories like Formula Renault or F4 whereas I went straight into a car that in some corners is faster than an F1 car,” adds Callum. “This year some of them will join me in F3 so we’ll get to see which path has developed us best as a driver.”

Despite a podium and finishing every race in 2015, Red Bull decided not to back Callum in 2016 and he was left to put together his own programme, opting for a season with Dutch team Van Amersfoort. “Of course we were disappointed but also grateful for all Red Bull had done, but one year to make that kind of transition was tough. We started 2016 with a win on the opening weekend and that set us up for a year that saw another first place and a string of podiums. I was the top Brit at Macau, a fast street race around the former Portuguese enclave that bites any driver who makes the smallest mistake.” It was a good year but with a string of unfortunate engine changes hampering the points count, one senses unfinished business for Ilott in the series.

Callum’s natural talent led to contact with F3 superteam and 2016 rivals Prema. The Italian team has won the last six F3 championships including last year with F1-bound Lance Stroll and when it started to look for a driver line-up to grab a record breaking seventh, Callum was a target. “We followed Callum’s progress as he became one of the benchmark drivers in the 2016 championship,” says Prema’s team boss Rene Roisin. “More than once, he showed outstanding natural car control skills that helped him excel, especially in challenging conditions. Working with him will be exciting.”

2017 is a key year for the Brit. With two years’ experience in the category, he is already being suggested by some motorsport pundits as a potential champion but just like his driving skills, his maturity under such pressure belies his age. “My F3 experience means there is an expectation to win the title,” says Callum “I know I am capable of winning and I have shown I am quick enough but it’s not going to be easy. I have two years’ experience in this category but the guys coming in have been racing cars for the same amount of time so they are not novices. They have had a lot of preparation and are just as hungry. We also have new technical regulations too and we haven’t seen the impact of that on the teams. We will only truly know where everyone is when we line up for the first race at Silverstone in April.”

This calm and measured approach is typical of Callum who exudes a quiet confidence that builds as soon as he dons a helmet and heads on track. Such maturity, talent and a pleasing lack of arrogance that some drivers tend to carry around must make him appealing as a likely F1 driver? “F1 is my goal and has been since the karting days, but it’s very tough to find a seat,” adds Callum. “You need to be talented but it’s a bigger package – plus some luck and some financial backing – , you also need to get a team working well around you, come across as a professional even if you are still young, and be skilled at dealing with the media. So I am working really hard on all of that making sure I am out there are events such as the Autosport International show in January, learning who are the right people to talk to and building relationships with organisations that will help me develop all areas. It has to be the complete package for F1.”

When the lights go out at Silverstone on the 15th April, then F1’s decision makers will get a chance to see who will be stars of the future. Just don’t bet against one of those stars having started their journey thanks to a commuter train to London.