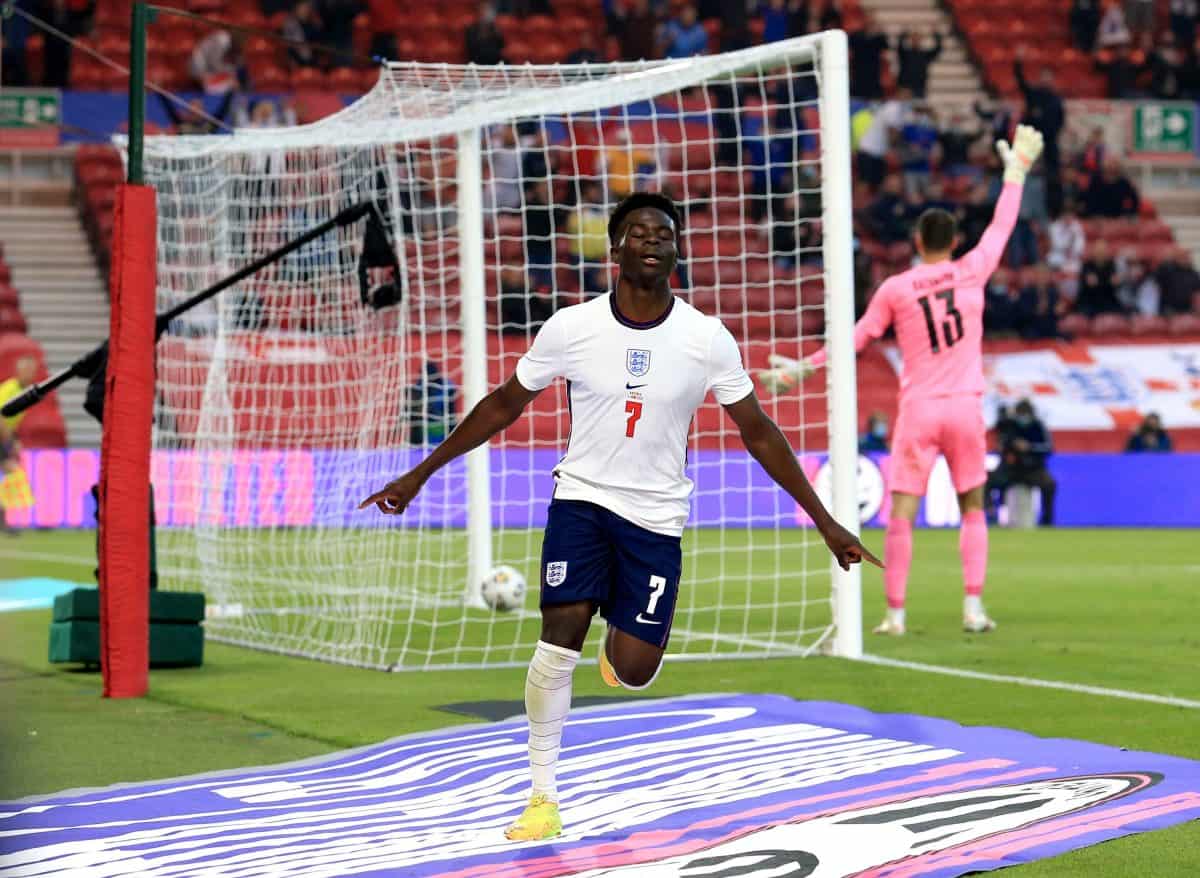 Half of England’s Euro 2020 squad have parents or grandparents born outside the country, in what campaigners have called “a wonderful example of the benefits of immigration”.

Research by Best of Britain shows that 13 of the England squad – including Raheem Sterling, Marcus Rashford and Jadon Sancho – could feasibly represent other nations. Bukayo Saka, who scored the winner in the side’s first warm-up for the tournament, is of Nigerian descent.

The group said the England side was “a celebration of diversity”, a message which runs in stark contrast to the section of fans who booed when players took the knee before Wednesday night’s friendly victory over Austria in Middlesbrough.

A furious Gareth Southgate defended his players and insisted that the act of taking a knee should not be seen as a political message following his side’s 1-0 win.

“I did hear it,” Southgate said. “It’s not something on behalf of our black players I wanted to hear because it feels as though it’s a criticism of them.

“I think we have got a situation where some people seem to think it’s a political stand that they don’t agree with. That’s not the reason the players are doing it. We’re supporting each other. I was pleased that was drowned out by the majority of the crowd.

“We can’t deny the fact that it happened. I think the most important thing for our players to know is all their teammates and all the staff are very supportive.

“I think the majority of people understand it. I think some people aren’t quite understanding the message. I suppose we’re seeing that across a number of football grounds at the moment.”

Cheering on football this summer will not just be about celebrating when the ball hits the back of the net. It will also be to celebrate diversity, immigration and freedom of movement.

But Best for Britain warned that the government’s plans to overhaul the UK’s immigration system would rob the country of future sporting stars.

“Some of England’s greatest talent may never have had the opportunity to play for the Three Lions, particularly if immigration laws were historically as hostile as Priti Patel’s new proposals are set to be,” Lauren Tavriger, a spokesperson for the group, said.

“And it paints a worrying picture for the future: how much talent might we miss out on, due to Patel’s hostile environment?”

At the Riverside Stadium on Wednesday night, following renditions of ‘Football’s Coming Home’ and the national anthems, there were audible jeers as the players took the knee – the first time an England side have made the anti-racism gesture in front of a home crowd.

It was soon drowned out by cheers among the near-7,000 crowd – but Southgate and his players will hope the immediate reaction does not follow the team throughout the upcoming European Championship.

Related: Homophobic hate crime up more than 30 per cent in London