By Jack Peat, TLE Editor What a difference a week makes. In the run up to the first test match against New Zealand at Lord’s the public vibe was almost unanimously negative. After a hugely disappointing World Cup in Australia and New Zealand, cricket fans in England could be forgiven for feeling a tad anxious […] 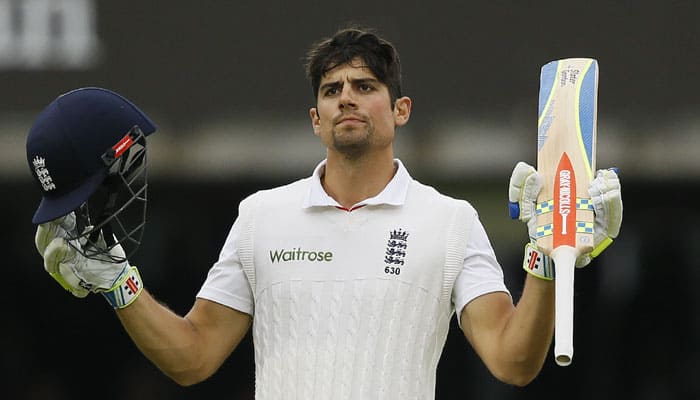 What a difference a week makes.

In the run up to the first test match against New Zealand at Lord’s the public vibe was almost unanimously negative. After a hugely disappointing World Cup in Australia and New Zealand, cricket fans in England could be forgiven for feeling a tad anxious about the arrival of the 2015 host nations on home soil.

Andrew Strauss, seen as a conservative appointment as Director of Cricket, was facing heavy criticism over his treatment of Kevin Pieterson who was thought to be the antidote to England’s batting woes after hitting a triple (and a half) century for Surrey. A shaky start to the first innings only added fuel to the fire.

But then things started to look up.

As a gauge of public opinion, Piers Morgan’s Twitter account offers a fascinating insight into how opinions then began to shift.

Before the test got underway, he said he refused to use tickets for the first three days of the test as a protest to the ECB “deliberately picking (a) sub-standard team.” He soon became more vocal:

“Not sure I trust this England batting line up.”

“Cook’s captaincy is diabolical. He couldn’t lead a wasp to a jar of honey.”

But a diabolical start turned into a decent first innings. The next four batsmen, Joe Root, Ben Stokes, Jos Buttler and Moeen Ali scored 98, 92, 67 and 58 respectively to amass a first innings score of 389.

But New Zealand’s 523 in response prompted more of the same from Morgan: “We should bring back KP as a bowler,” a pick, but his tone was soon to shift:

“One of the best Test matches for a long time. Could still go any way tomorrow.  England superb today. Cook the glue, Stokes the magic.”

“Blimey. Went for a quick net in the garden with @StanleyMorgan18 and NZ are 3 down. Well bowled England.”

I think you get the point.

Morgan’s public U turn was quite extraordinary to witness, but let’s not string him up too hastily; we all thought the same thing.

Before the test got under way, in despair we looked to a proven international cricketer who looked to be showing the match-winning form that can be the difference in big matches. But KP was never the answer. Not because his test form is still unproven, not because of his age or his book or even the personal baggage he brings, but because winning a test match is about delivering a team performance.

As I write this, Ben Stokes is accepting the Man of the Match of award which I wholeheartedly believe he deserves. He played a blinder with the bat and the ball, showing how lethal all-rounders can be when they are on form. “Who needs Kevin Pietersen when you’ve got Ian Botham reincarnated?”, Fox Sport wrote, and there’s few who would disagree after his phenomenal five day performance.

But it would be remiss of us to discount his entourage. Joe Root saved the first innings on the first day when a stable knock was crucial to avoid a capitulation. The Yorkshireman managed to amass 84 in the second innings and took a crucial wicket as New Zealand chased, adding 182 runs to England’s total.

Captain Alistair Cook was a mainstay of the second innings scoring a solid 162 runs as a reminder of what a formidable opening batsman he is. The pressure of one day internationals now gone he made fewer silly mistakes and looked a lot like his former self.

With the runs on the board, the impetus was on the bowling line up to bring the win home. But in the spirit of the game, it wasn’t down to just one man. Jimmy Anderson grabbed only one wicket in the first innings as debutant Mark Wood, Stuart Broad and Moeen Ali took three apiece. In the second innings all six of England’s bowlers took wickets, including the man of the hour Ben Stokes, who took a hattrick.

In the field, the team performed as a unit. Ali’s two late catches sealed the deal, but Ballance caught twice in the first innings and grabbed a crucial ball from opener Guptill in the second. Keeper Jos Buttler and Joe Root also made big catches, wrapping up one of the most memorable test victories in recent history.

As Kevin Pieterson tweeted at the end of the game: What a brilliant Test match. Quite amazing! Highs & lows every day! Outstanding, England! Test cricket is the greatest!

His hashtag was also quite poignant: