Sport News 24/7 By David de Winter – Sports Editor @davidjdewinter  @TLE_Sport Right.  That’s it.  The Premier League season is finally over.  No more football until…the FA Cup final next weekend.  But then after that it’s all finished for the summer…until the Champions League Final on the 6th of June.  And then there are European […] 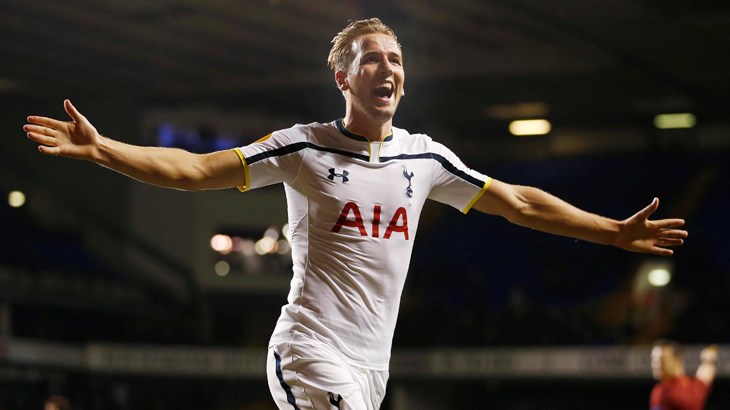 Right.  That’s it.  The Premier League season is finally over.  No more football until…the FA Cup final next weekend.  But then after that it’s all finished for the summer…until the Champions League Final on the 6th of June.  And then there are European Championship qualifiers after that.  But then there’s a break, right?  Oh I forgot – the Copa America is happening this summer.  By the time that’s finished it’ll be July and pre-season will be in full swing; so much for football being a ‘winter’ sport.

Anyway I digress.  Despite being the self-proclaimed best (and most exciting) league in the world (it is neither), the Premier League has been a bit of a damp squib this year.  Whilst Chelsea have bored their way to the title, their various challengers have fallen by the wayside, adopting an after-you-Claude approach to chasing the West London club.  There have been some impressive performances from the likes of Southampton, Swansea City and Stoke City and pretty abysmal showings from Queens Park Rangers, Newcastle United and Hull City.  Here are the 11 players who have impressed me the most this season.

He may have only kept 10 clean sheets in the league but de Gea was the standout performer for his club this season.  Supreme performances against Liverpool and Everton at Old Trafford will live long in the memory.  De Gea has an almost flawless technique when it comes to saving one-on-ones.  He puts one leg down (like a long-barrier in cricket) so he can’t be nutmegged and puts his arms at a 45 degree angle.  It is a technique pioneered by the late German goalkeeper Robert Enke and it makes him an incredibly large target – and the best goalkeeper in the Premier League

Southampton conceded just 33 league goals this season, one more than title-winning Chelsea.  Yet they played stylish attacking football and part of the reason for this was the full back combination of Nathaniel Clyne and Ryan Bertrand.  Despite 13 clean sheets, Clyne was regularly an attacking outlet for his team (he scored a belter in the League Cup at Arsenal) and his performances have been rewarded with an England starting spot this term.  He could be a regular fixture in the national team for years to come.

Oh how it pains me to include one of the most objectionable men in football, but I am putting personal grievances aside (take note Andrew Strauss and the ECB) and sticking JT in the centre of defence.  He has been a rock for Chelsea this season, marshalling a defence that has conceded the fewest goals and has recorded the most clean sheets.  Nuff said.

Terry’s partner in crime had a dodgy patch at the start of the year but he has come through that to be an integral part of Chelsea’s stingy defence.  His positioning has improved and he fearlessly throws himself in front of everything, blocking shots left, right and centre.  He is Terry’s heir as Chelsea’s defensive leader when the captain finally decides to retire.  Needs to improve his diving which, as Steve Bruce pointed out, is frankly, embarrassing.

A spot that is normally reserved for Everton’s Leighton Baines, this season goes to Chelsea’s Azpilicueta.  The Spaniard has been solid if unspectacular for the Blues, but that is how José Mourinho likes his defenders.  Considering he is playing out of position, he has done a fantastic job with the minimum of fuss.  Just pips ex-Chelsea and current Southampton defender Bertrand to the prize.

The Chilean has enjoyed an excellent first season in the Premier League, scoring 16 goals and setting up a further 8.  Despite standing at only 5ft 6in, he has formidable strength, a low centre of gravity and a devastating turn of speed that has proved the downfall of many a Premier League defender.  His energy levels make the Duracell bunny seem like a lazy slacker.  Could end his first season at Arsenal with an FA Cup Winners medal.

The Spaniard has been strangely overlooked in his Premier League comeback season.  18 assists – need I say more?  Fabregas does a lot of behind-the-scenes donkey work for Chelsea and whilst Eden Hazard and Diego Costa take the plaudits, the ex-Barcelona man is an integral cog in Chelsea’s ultra-efficient machine, laying on chances for his more illustrious teammates.

I was tempted to go for Swansea City’s Gylfi Sigurdsson but the Icelandic international tailed away after an excellent start to the season.  Silva rattled in an impressive 12 goals for City from midfield alongside 7 assists.  He was a shining light in an ultimately disappointing Citizens side.  If only his teammates had such exacting standards.

The obvious choice.  The PFA Player of the Year was the standout performer in the Premier League this season.  If it weren’t for the sublime Belgian, the title race would have been a lot closer.  He has supreme balance, speed, dribbling, passing and finishing ability – Hazard has the potential to be at the level of Cristiano Ronaldo if he continues to progress.  With 14 goals and 9 assists he is Chelsea’s most important player.

By sheer numbers alone, Kane has had a quite outstanding breakthrough season.  29 goals in all competitions, 21 of those in the Premier League is a brilliant return for a player who was third choice for Spurs in the Autumn.  England honours have followed and at just 21, he has the best years ahead of him.  He is such an exciting prospect because he can play as every type of striker: target man, second striker, fox-in-the-box.  A real gem.

What?  No Diego Costa?  That’s right.  The diminutive Argentinian offers more than the tempestuous Brazilian/Spaniard and can conjure something out of nothing.  His performance against Sunderland at the Stadium of Light was nothing short of world-class and he spearheaded City’s charge in the Champions League with 6 goals.  32 in all competitions, allowing for his dodgy hamstrings, is a fantastic achievement.  Like Silva, it is a shame his teammates aren’t capable of such top-notch consistency.