“This doesn’t quite ring true. I’m reliably informed the only wallchart Rishi had on his wall when he was a kid was the Sunday Times Rich List", The Secret Tory joked. 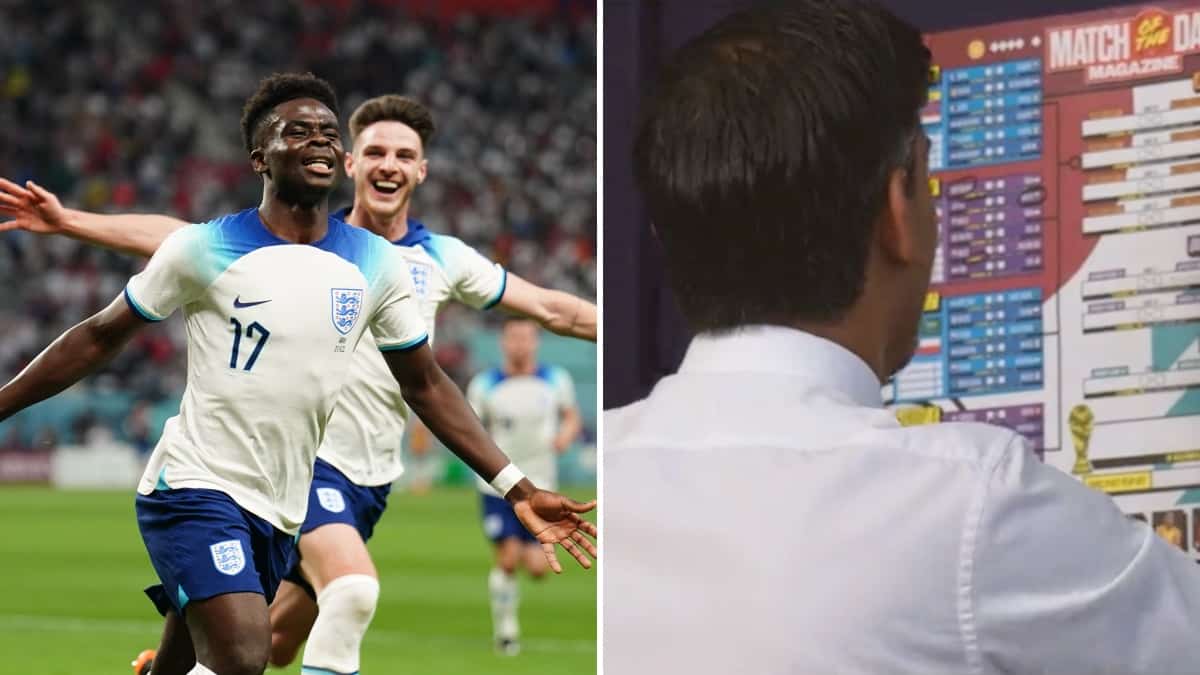 England’s quest for glory in Qatar got off to a dream start as Bukayo Saka’s brace helped Gareth Southgate’s men roar to a 6-2 victory against Iran in their World Cup opener.

Having reached the semi-finals four years ago and finished as Euros runners-up last summer, the Three Lions arrived among the favourites despite a six-match winless run and Nations League relegation.

England ended that wait for a victory in style on Monday as superb Saka scored twice in his first major tournament appearance since missing his spot-kick in last year’s European Championship final defeat to Italy.

Marcus Rashford has not represented the national team at all since missing his attempt in that shootout and netted within minutes of coming on in a thumping win that Jude Bellingham, Raheem Sterling and Jack Grealish also scored in.

Ahead of the game, prime minister Rishi Sunak posted a video of him pinning up a World Cup wallchart that got a few people talking.

One person mocked his apparent lack of sporting knowledge, saying: “All perfectly genuine stuff. He’s quoted as saying, ‘I do hope Great Britain will win tomorrow’s soccerball match against Iran. I believe we’ll be well ahead after the first couple of overs.”

Journalist Otto English quipped: “I don’t follow football either so I recognise this.”

Meanwhile another user known only as ‘The Secret Tory’ joked: “This doesn’t quite ring true. I’m reliably informed the only wallchart Rishi had on his wall when he was a kid was the Sunday Times Rich List.”

Related: Rishi Sunak quizzed on the impact of Brexit on UK economy – his reply ‘should shock the country’