“I don’t care how good a tennis player he is. If he’s refusing to get vaccinated, he shouldn’t be allowed in," the former VP of Australian Medical Association said. 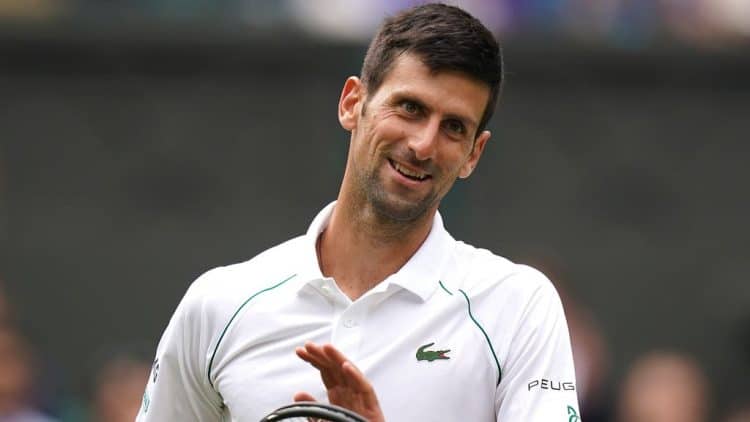 Organisers of the Australian Open have courted controversy for allowing Novak Djokovic to play in the tournament after he was granted a medical exemption.

The world No 1 posted on his Instagram that he is “heading Down Under with an exemption permission” following concerns that he would not travel due to Australia’s strict stance on vaccination.

Djokovic, who has not disclosed his vaccination status, pulled out of the ATP Cup in Sydney late last year.

He has previously shared his thoughts on mandatory vaccination, saying that he has “always believed in freedom of choice”.

“I will keep the decision as to whether I’m going to get vaccinated or not to myself, it’s an intimate decision and I don’t want to go into this game of pro and against vaccines, which the media is unfortunately creating these days,” he added.

“I don’t want to be labelled as someone who is against or who is for vaccines. I’m not going to answer the question… and hope that everyone will respect that.”

Writing in the i newspaper, James Gray said it is “not inconceivable when he plays in front of 15,000 people in the Rod Laver Arena, Djokovic may be the only unvaccinated person in the room.

“More than 90 per cent of Victorians have received at least one vaccine and everyone at the tournament will have been required to prove their vaccination on entry, or an acute medical reason why not.

“Some will have spent weeks or months separated from family when Australia’s borders were shut, and exemptions for unvaccinated people to enter the country remain rare.”

“He shouldn’t be allowed in”

A handful of other players are understood to have been given special dispensation. At least one – world No 96 Tennys Sandgren – has pulled out of the tournament because he did not qualify for one.

Stephen Parnis, former vice president of the Australian Medical Association said in a tweet: “I don’t care how good a tennis player he is. If he’s refusing to get vaccinated, he shouldn’t be allowed in.”

“If this exemption is true, it sends an appalling message to millions seeking to reduce #COVID19Aus risk to themselves & others. #Vaccination shows respect, Novak.”

Jamie Murray, a former representative on the Players’ Council who is currently playing for Team Great Britain at the ATP Cup in Sydney, said: “I think if it was me that wasn’t vaccinated I wouldn’t be getting an exemption, but well done to him for getting cleared to come to Australia and compete.”