Stations across Hampshire and the Isle of Wight declared their fire engines unavailable last week due to Covid outbreaks. 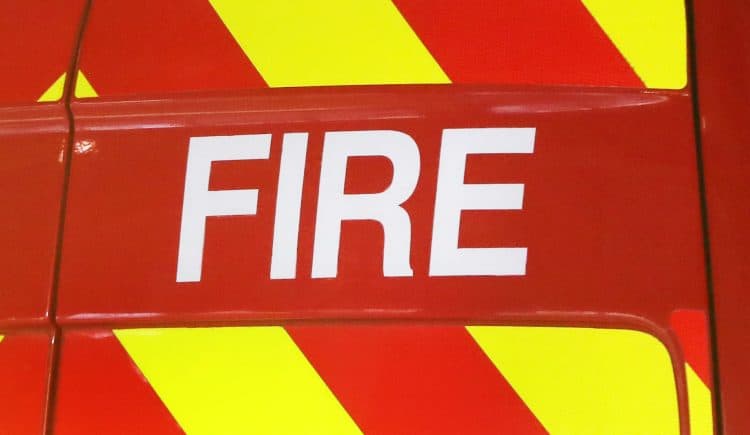 An entire fire and rescue station has been left with no firefighters available for duty, as the rapid spread of Omicron decimates workforces.

Multiple stations across Hampshire and the Isle of Wight have declared their fire engines unavailable due to acute staff shortages.

Coronavirus testing rules are set to be eased to reduce the time people have to spend in isolation as Boris Johnson acts to combat staff absences in key parts of the economy and health service.

People who test positive on a lateral flow test will no longer need a confirmatory PCR to begin the self-isolation period if they do not have symptoms, potentially allowing them to return to work earlier, under plans being considered by ministers.

The change could be announced on Wednesday as the prime minister argues to his Cabinet they should stick by the Plan B measures in England despite admitting parts of the health service will feel “temporarily overwhelmed”.

But the move may come too late for Gosport fire station, which had no firefighters available on the night of 28 December – meaning that firefighters had to be moved from another local station to cover the area.

It is part of a broader pattern of shortages in the area, believed to be Covid-related. Between 28 December and 2 January, numerous fire stations reported being short-staffed.

The high-point was 28 January, when five fire engines were unavailable for use due to staff shortages.

The Hampshire and Isle of Wight Fire and Rescue Service reported having around 40 people self-isolating with Covid as of 28 December.

Mark Chapman, regional secretary for Region 12 of the Fire Brigades Union, said: “The service is at an absolutely threadbare level of cover. We even had one fire station essentially left without any firefighters, having to borrow firefighters from another station.

“As Omicron takes grip across the country that’s something we’ll continue to see in Hampshire and the Isle of Wight and more widely.

“That’s because the government has cut the fire and rescue service to its bare bones, with Hampshire losing almost one in five of its firefighters since 2010, and the Isle of Wight losing more than one in four in that same period.”

The Omicron-driven surge in coronavirus cases and the knock-on effect of staff absences is also causing major problems in parts of the health service.

A string of NHS trusts declared critical incidents and hospitals in Greater Manchester said they will pause some “non-urgent” surgery over the “rising impact” of Covid-19 and staffing shortages.

A record 218,724 lab-confirmed Covid-19 cases were announced in England and Scotland on Tuesday, though the figure will have been inflated by delayed reporting over the holiday period.