The Argentine legend suffered a cardiac arrest at his home in Buenos Aires. He was 60. 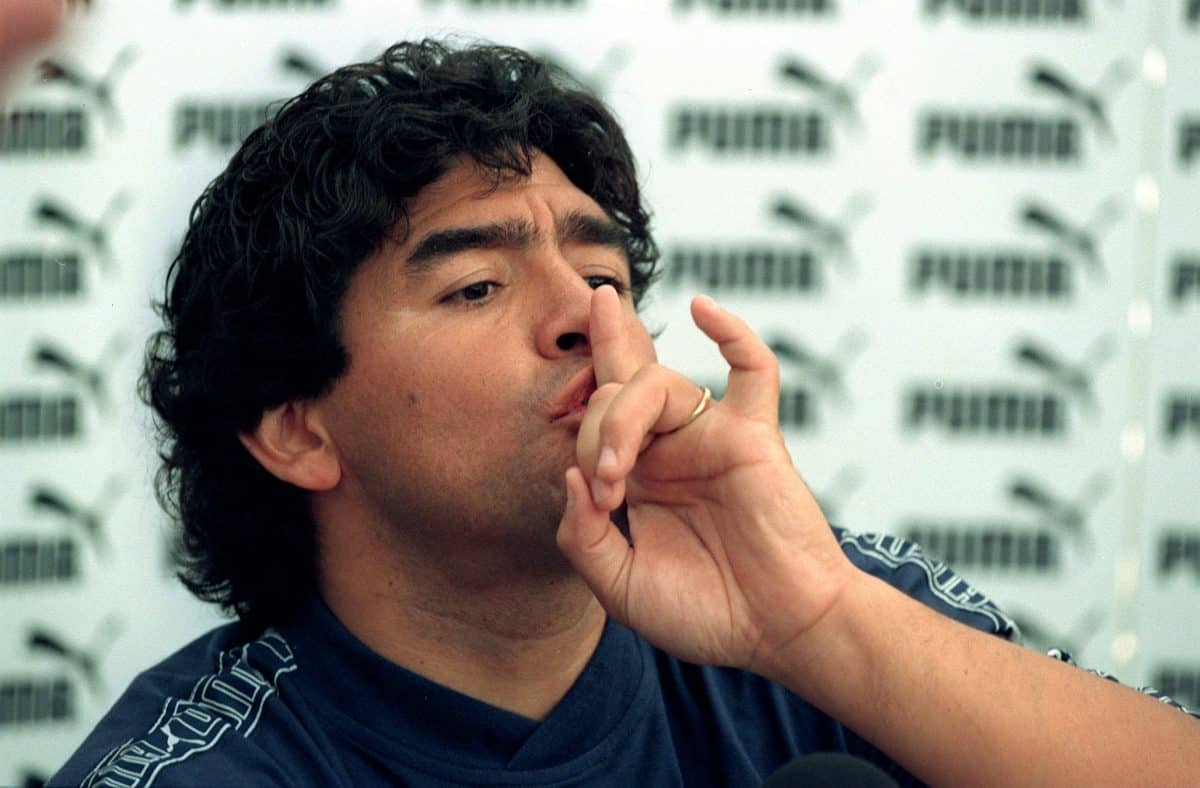 Diego Armando Maradona, regarded by many as the greatest footballer of all time, has died at the age of 60.

The Argentine legend suffered a cardiac arrest at his home in Buenos Aires, his lawyer said. He was recovering after undergoing successful surgery on a blood clot earlier this month.

Maradona won the World Cup with Argentina in 1986, hauling his side to victory in Mexico with an astonishing display of skill, desire and talent.

On the way to victory he scored perhaps the greatest goal of all time, in the 2-1 quarter-final win over England – a match in which he hinted at his darker side, scoring the infamous ‘Hand of God’ goal.

At club level, Maradona led Napoli – until then perennial underachievers in Serie A – to their first Scudetto in 18 years in 1987. A second would follow in 1990.

In those seven years in Naples, Maradona was gripped by an addiction to cocaine, culminating in a 15-month suspension for drug violations in 1991.

Three years later, he was expelled from the World Cup in the United States after testing positive for ephedrine.

Maradona was hospitalised for heart problems in 2000 and 2004, his personal life increasingly spiralling out of control after his playing days finished.

Ill-fated managerial stints followed – including with Argentina, at the 2010 World Cup – but failed to match the heady heights of his playing days.

Born on October 30, 1960, the son of a boatman from Villa Fiorito, Buenos Aires, he kicked off his prolific career with Argentinos Juniors’ youth team, ‘Los Cebollitas’.

He joined Boca Juniors’ in 1981, spending just one season at the club – but, in typical fashion, scoring a stunning solo goal against arch rivals River Plate to help Boca win the title.

A record-breaking £5 million move to Barcelona followed, where he struggled – particularly after suffering a broken ankle in a brutal tackle by Andoni Goicoechea, the ‘Butcher of Bilbao’.

But it is his exploits for Napoli and, especially, for Argentina that this most visceral of footballing talents will be remembered.

A cheat to some, a drug-addict to others, a genius to anyone lucky enough to see him play. Football, and the world, is less vibrant for his absence.