Crystal Palace leader Jason Puncheon admitted today (Mon) to threatening a bouncer on a night out before Christmas. 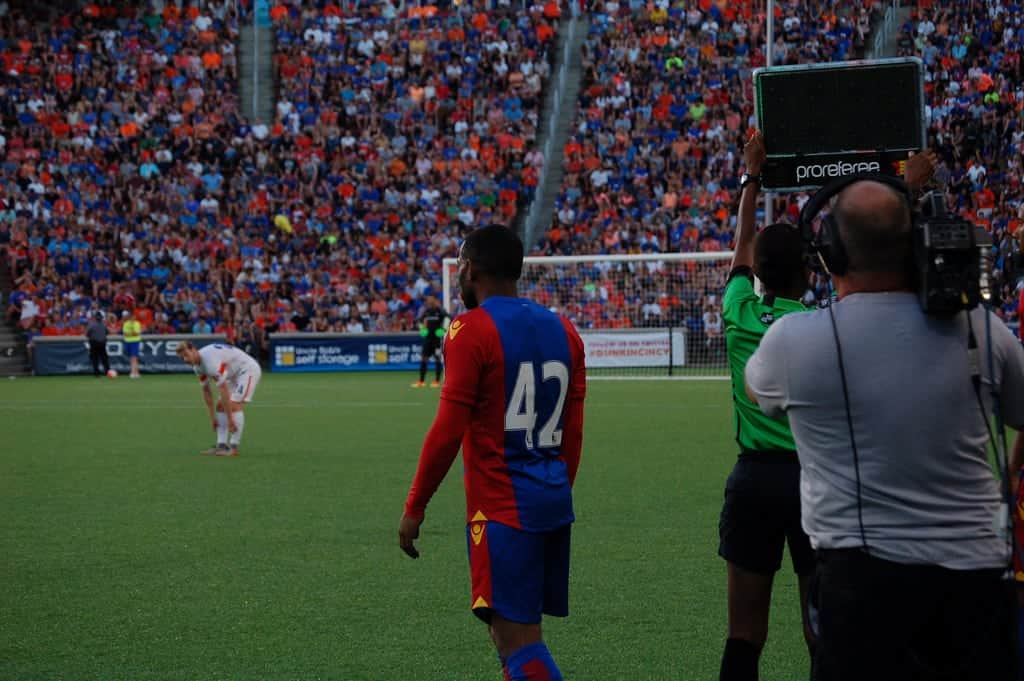 A Premier League football captain lashed out at a bouncer with his belt during a row outside a nightclub, a court heard.

Crystal Palace leader Jason Puncheon admitted today to threatening a bouncer on a night out before Christmas.

The 31-year-old winger was clubbing at Mishiko in Reigate, Surrey, on December 17, when he used his belt “in self defence” in a brawl outside the club at around 2.15am.

The Premier League midfielder and Eagles captain admitted using threatening words or behaviour with intent to cause fear in the dock at Staines Magistrates Court in a black suit.

Craig Warsama, prosecuting, said: “Mr Puncheon stated he was provoked during the course of the evening at the nightclub.

“At 2.15am on the 17 December police were called after Mr Puncheon utilised a belt during the course of a disorderly melee.

“Mr Puncheon is seen to take off his belt and began lashing out at members of the public.

“He began to tell officers that if he was not going to be arrested he is going to run away with his friend and he is seen to begin running away for a few seconds before an officer pulls him by the arm and detains him.

“Puncheon can be heard to utter threats to an unidentified person and the comments were unnecessary.

“Mr Puncheon is offered his belt back by Mr Mendy but Mr Puncheon replies ‘keep it, keep it, buy a house, keep it keep it.'”

The Premiere League ace, who was out with his wife and a pair of friends, claims he was acting in self defence.

The Crystal Palace star, who grew up in Croydon, south London, netted the opening goal in the 2016 FA Cup final against Manchester United.

Towards the end of that season he took on the captaincy in defender Scott Dann’s absence and was later rewarded with the armband permanently.

But on New Year’s Eve the Eagles star picked up a knee ligament injury in a goalless drawn against Manchester City which put him out of action.

After Puncheon’s arrest Crystal Palace manager Roy Hodgson said he would only charge the midfielder if he were found guilty.

Puncheon, of Tadworth, Surrey, admitted that on 17 December 2017 he used threatening, abusive or insulting words or behaviour with intent to cause fear or provoke unlawful violence.