Azeem Rafiq has lifted the lid on racism at Yorkshire. But English cricket's racism problem is not confined to Headingley. 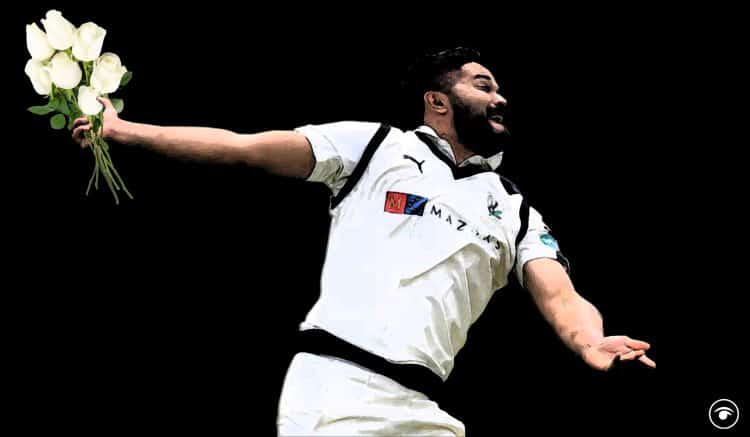 Imagine if doing the thing you love caused you to lose your “faith in humanity”. Imagine it drove you to the brink of suicide, making you cry, putting you in “pain every day”. Imagine then that nobody cared. That every complaint and allegation fell on deaf ears. That the people who left you “dreading going to work”, who made you feel as though you were “dying” inside, endured – unimpeachable and untarnished.

That is what happened to Azeem Rafiq. It’s been more than a year since Rafiq, a former captain of his county and England U-19s, said that institutional racism at Yorkshire County Cricket Club was “worse than it’s ever been”. When he went public, Yorkshire launched an investigation. A summary of that investigation was – finally – released eight weeks ago, on the morning of England’s cancelled Test match with India, with the eyes of the cricketing world diverted.

The report upheld seven of Rafiq’s 43 allegations – and confirmed he had been the “victim of racial harassment and bullying”. But, last week, the club patted itself on the back and said it was “pleased” to announce that, following an internal review, no disciplinary action would be taken against any current member of staff, playing or otherwise. It took until this week – when it emerged that one current senior Yorkshire player regularly used the term ‘Paki’ when speaking to Rafiq, and that the club dismissed it as “good natured banter between friends” – for the levy to break.

And so, as politicians and press line up to criticise Yorkshire – yelling “heads must roll”, threatening the club’s board with disbandment – Rafiq will have his long-overdue day in court. How depressing that it’s taken this long. What will we discover when Roger Hutton, Yorkshire’s chairman, faces up to Parliament? In truth, nothing we don’t already know. Anyone with a passing interest in cricket has their own story of unpleasantness at Yorkshire.

This is a club, after all, whose most revered son suggested he would have a better chance of being knighted had he “blacked up”. It’s a club who refused to take any action when overseas pro Darren Lehmann was banned for calling a Sri Lankan opponent a “black cunt” while playing for Australia. “You can’t say it was malicious, far from it,” ruled Colin Graves, then chairman. A club whose players called Indian batsman Cheteshwar Pujara ‘Steve’ because they could not pronounce his name. “Well I would prefer Cheteshwar, but it’s difficult to pronounce so the guys have come up with Steve,” Pujara said, more than three years ago.

The England and Wales Cricket Board will surely throw the book at Yorkshire, an English institution turned boil in need of lancing. There should be no Test cricket anywhere near Headingley for the foreseeable future, for starters. But, while this is obviously a uniquely Yorkshire problem, in no way is it unique to Yorkshire. Cricket has a racism problem, hiding in plain sight.

It is of a different flavour to football. You won’t hear monkey chants in the Mound Stand at Lord’s. Nobody will throw banana peels onto the pitch at Edgbaston. This, after all, is the Gentleman’s Game – altogether more reserved, considered and cerebral. No, cricket’s racism is that particularly insidious brand of middle-class, deeply-ingrained, almost invisible racism. It seeps into honours boards and wood-panelled pavilions and floats on the chortles and guffaws of tied-and-blazered old boys. Unsurprisingly for a sport exported by empire and still played largely in places once ruled by men in red coats, it is about exclusion and power – who is part of the club, and who is not.

So instead of vitriol on the terraces, you’ll see England fielding a Test match side in which the top-six batsmen – and nine of the total XI – went to fee-paying schools. You’ll see tutting at Jofra Archer – Barbados-born, holder of a British passport – for his body language and perceived commitment to the cause, and the BBC’s cricket correspondent calling a British Asian journalist a “cunt” for suggesting those critiques might not be just about his bowling.

Rafiq, when he first went public, urged us to “look at the facts and figures”. “Look at a squad photograph,” he said. “Look at the coaches. How many non-white faces do you see? Despite the ethnic diversity of the cities in Yorkshire, despite the love for the game from Asian communities, how many people from those backgrounds are making it into the first team?”

He could have been talking about any English county. An investigation by the Daily Mail at the tail-end of last summer revealed there are just 33 BAME players across the 18 first-class clubs. Just six out of 93 coaches are BAME. Seven teams have no BAME presence in the boardroom. Contrast that with recreational cricket. The ECB estimates that 30 per cent of amateur cricketers in England and Wales are classified as British Asian. In men’s professional cricket? Five per cent.

For all the positive noises and well-meaning gestures, that alone is damning evidence of a sport badly failing those who most love and sustain it. The pathways supposed to nourish this magnificent game are twisted and tainted – bolted shut for some, wide open for others. The spotlight will soon leave Headingley behind. Justice for Rafiq, such as it is, will hopefully be done. But this is a systems failure. Heated hearings and rolling heads won’t fix that.

Related: Elevenses: The Hundred Is Here