The stadium straddles the border of England and Wales, with the front gates and main office in England but the pitch in Wales. 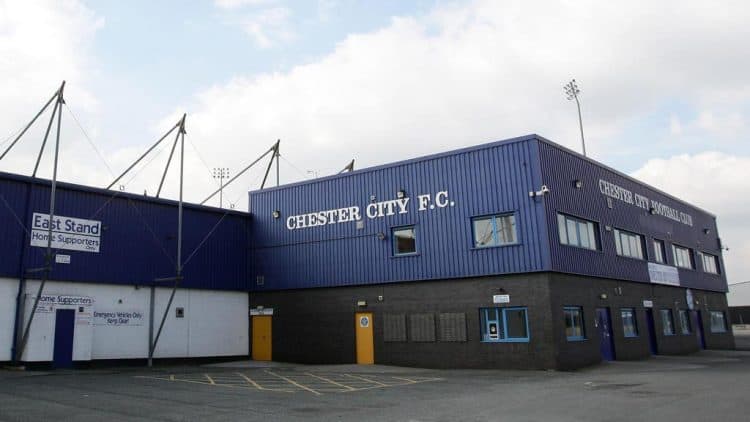 Chester have been warned they may have breached Welsh coronavirus regulations when they hosted crowds at two matches over Christmas and new year.

The National League North club’s Swansway Chester Stadium straddles the border of England and Wales, with the front gates and main office in England but the pitch in Wales.

Sporting events in Wales must currently be played behind closed doors under rules to tackle the spread of the Omicron variant which came into force on Boxing Day. There are presently no such restrictions in England.

Chester’s home matches against Fylde and Telford on December 28 and January 2 were attended by crowds of 2,075 and 2,116 respectively.

The club have announced they have been informed by authorities of the potential breaches and that they risk more by hosting further games in front of fans. This could mean them having to play matches behind closed doors while the current Welsh rules remain in place.

Chester, who are next due to play at home when they face Brackley Town on January 15, are seeking legal advice.

A statement from the club on Friday read: “This morning Chester Football Club was invited to a meeting with representatives of North Wales Police, Flintshire County Council, Cheshire Police and Cheshire West & Chester Council.

“During this meeting, the club was given a joint letter on behalf of North Wales Police and Flintshire County Council which outlines potential breaches of Welsh coronavirus regulations at our fixtures on December 28, 2021 and January 2, 2022.

“It also states the club may commit further potential breaches if it continues to play home fixtures with crowds while the current restrictions in Wales remain in place.

“It was agreed that all parties would seek further legal advice given the complex issues and future implications of any outcome.”