It seems a lifetime ago since Sutton United of the National League hosted Arsenal in the 5th round of the FA Cup in front of a capacity crowd and millions of TV viewers. The south Londoners had surpassed Cheltenham Town and local rivals AFC Wimbledon before “pie gate” propelled them to fame in their fourth […] 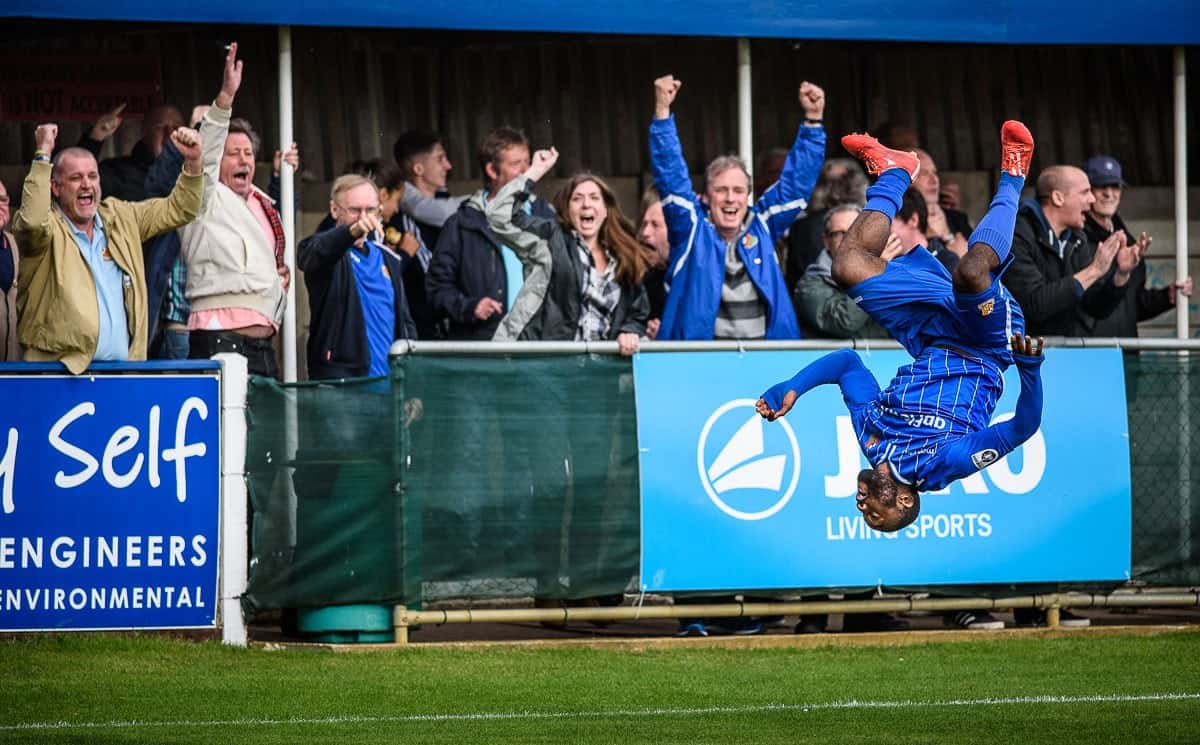 It seems a lifetime ago since Sutton United of the National League hosted Arsenal in the 5th round of the FA Cup in front of a capacity crowd and millions of TV viewers. The south Londoners had surpassed Cheltenham Town and local rivals AFC Wimbledon before “pie gate” propelled them to fame in their fourth round clash against Leeds United. This weekend the U’s welcome AFC Fylde at Gander Green Lane before travelling to Paulton Rovers on the outskirts of Bristol next week for the fourth qualifying round of the cup – how times change.

But such is life for Britain’s plethora of non-league clubs. As TV money and sponsorship pours into the Premier League most lower league outfits find the daily battle to keep the lights on as big a challenge as anything they may face on the pitch. Without the support of tens of thousands of loyal fans just getting by is often the primary consideration for the plethora of teams that span the fifth pyramid and down. While National League teams can pull 3,000 or more spectators in some instances it was only last year that Potters Bar FC offered free season tickets to fans to boost their gates.

Which is what makes the return of Non League Day such a welcomed event. With Premier League and Championship clubs out of action due to international games thousands of spectators are freed up to go and support their local club. Tens of London clubs will be in action this weekend, and to see your local fixture use this resource here. But if you want some inspiration, we have guides to the best of the capital’s non-league outfits.

Once the greatest team in the world who inspired Real Madrid, thrashed Man Utd 11-3 and invented the word ‘soccer’, Corinthian now lie in England’s eighth tier and are struggling to survive. This weekend they host AFC Dunstable in the cup.

Grays Athletic host Norfolk outfit Norwich United this weekend in the FA Trophy. Parkside is a brand new stadium opened in July this year and has first class facilities with two bars one of which overlooks the playing surface.

Brought recently to a higher profile outside the non league football world by Internet meme sensation the ‘Wealdstone Raider’, Wealdstone FC are the largest non-league club in West London and are steeped in history and tradition. They host Whitehawk this weekend in the Vanarama National League South.

Dulwich Hamlet has led a non league resurgence in London as locals protested against the cost of league football. Their famed Utopian ultras, pink and blue jerseys and craft beer bars have been a magnet for Brixtonites who now pack Champion Hill to the rafters. This weekend they face Needham Market in the league.