Mason Alderson, one of Britain’s brightest ice hockey talents, was the victim of a horrific racial slur as he represented his country on the world stage. 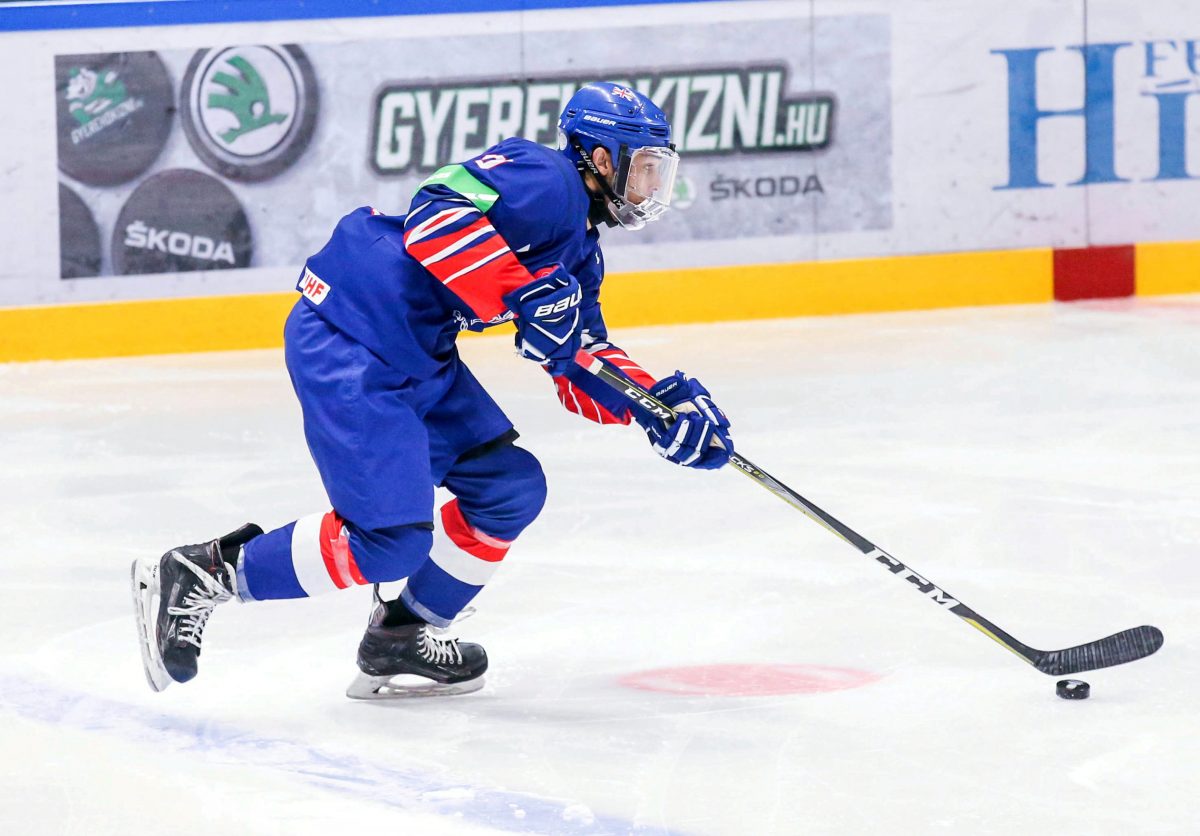 A teenager who is the first black captain of a Great Britain hockey team says he was racially abused during a match at the World Championships.

Mason Alderson, 17, is a future star of the sport and the son of Brian Biddulph – the first black player to represent GB at ice hockey.

But Mason says he was the victim of the horrific racial slur ”n*gger” as he represented his country on the biggest stage.

He is the captain of Great Britain’s u18s, who have just returned from the International Ice Hockey Federation (IIHF) u18 World Championship in Hungary.

The squad finished last in the tournament having only won one out of five matches, and returned to the UK this week appalled at how their star player was racially abused on the ice.

It’s claimed an Italian played shouted racial insults at Mason during the final stages of a World Championship match, on April 20,

The IIHF is working with Ice Hockey UK to investigate following the attack on Mason, from Bromley, Kent, who says the insults were “inhumane, vile and disgusting”.

The unnamed Italy player allegedly “screamed ni***er” at Mason, who says more to be done to stamp out racism in sport.

“I was absolutely shell-shocked and just completely disgusted”, said Mason, who is bravely speaking out about the abuse he suffered.

He said: “He screamed it at the top of his lungs and I just couldn’t believe it. The fans heard it, everyone heard it”, recalls Mason.

“They are a disgrace to their nation. There is just no need for it in sport. It ruined the whole tournament for me.

“It’s completely inhumane. How can they have no regard for someone else’s feelings like that.

“If you come to the world stage then you should behave in a certain way.

“It is completely unacceptable in today’s society and he has let his country down.”

Mason says he was abused during the final two minutes of Great Britain’s match against Italy, in the Hungarian town of Székesfehérvár.

Great Britain lost the match 3-1, but the fixture will be remembered by Mason and his teammates for the “vicious” racial attack which was apparently heard by “everyone” in the stadium.

Mason says after the attack happened both the IIHF chairman, Italian team captain, coach and the player himself apologised in person.

But an apology wasn’t enough for hurt Mason, who says the damage “has been done”.

The teen said: “He was man enough to step up and say sorry but what he said is disgusting.

“I hope he knows the consequences of what he said and it is something I have had to deal with.

“This sort of thing has no place in sport. I can’t believe it still goes on.

“But nothing will ever change if the punishments aren’t big enough and hard enough.”

Mason is widely regarded as one of Britain’s best up and coming ice hockey players and hit his first puck aged five.

The youngest was inspired by his father, Brian Biddulph, 52, who became the first black man to play ice hockey for his country when he pulled on a Great Britain u18s jersey during the 1982/83 season.

After impressing at junior level he joined his first team, Guildford Firestars, in 2013, before going on to take part in the England u15, u16 and u18 leagues.

Mason impressed well enough to earn a call-up to represent his country and first pulled on a Great Britain jersey in 2017 at u18 level.

Mason, a forward, now plays the sport he loves in America, for Boston-based side the Islanders Hockey Club, and represents both Great Britain u18s and u20s.

He is playing in a league that is watched closely by scouts sent by professional ice hockey teams in America to scoop up the best young players.

Mason is hoping to impress the talent scouts by proving his worth over in the states, and is dreaming of one day winning a contract with one of the top National Hockey League (NHL) teams.

He moved to America to follow his dream in September last year and says it was a “dream come true” for him when he was first chosen to represent his country.

But in the 12 years he has played ice hockey Mason says he’s never experienced abuse like this.

Mason, who has one younger brother, Luca, 11, is asking for more to be done to stamp out racism in sport and has warned if heavier sanctioned aren’t introduced, racism will “never go away”.

He said: “It needs to be clamped down on, players like me shouldn’t have to stand for it.

“I am just playing the sport I love and I enjoy it. But people like that make me hate it at the same time.

“Something like this can’t be just brushed under the carpet.

“People need to take notice and something needs to be done.”

Mason says the support from his teammates, coaches and everyone associated with Team GB has helped him cope with the attack.

He has thanked those who have supported him and says his teammates are like his “second family”.

Ice Hockey UK have confirmed that an incident took place during the IIHF u18 World Championship match against Italy and say an IIHF investigation has been launched.

A spokesperson for Ice Hockey UK said: ‘We abhor any form of xenophobia or racism and would challenged anyone who took a position to the contrary.”

The IIHF were contacted for a statement but have not responded to requests for a comment.