Britain's split from the EU was engineered by hedge funds and private equity firms who care not one jot for working-class people. 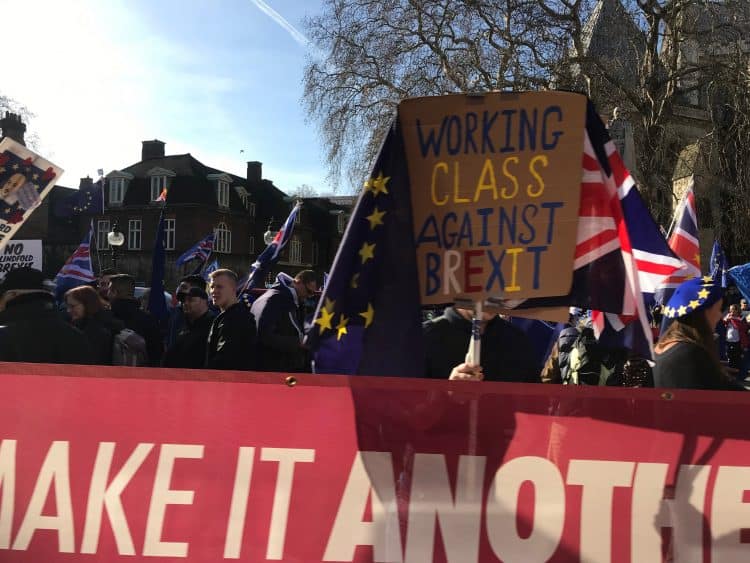 Brexit has created a wonderful delusion: That Britain is still relevant in the world and its people can now chart an independent course, free from the clutches of the European Union. The reality is that Brexit was engineered by hedge funds and private equity firms who care not one jot for working-class people: the very demographic most likely to have voted to Leave the EU.

As night follows day, it was perfectly predictable that a Tory Brexit would accelerate the race to the bottom.

Fishing: Sold down the river

Remainers pointed out that the fishing industry is worth <£500 million to UK GDP (or 0.1 per cent, 0.02 per cent of gross value added) compared to, say, the financial services sector, which is worth >£130 billion (nearly 7 per cent of GDP).

The latter is a huge pro-Tory lobby (e.g., most of the £37 million donated to the party in 2019 came from finance). The sector was part of the mechanism that triggered the global financial crisis in 2007-08. The fishing industry has almost no money with which to lobby. So, it was logical that the Tories wouldn’t care about fishing. In fact, 80 per cent of the “UK” fishing industry is owned by foreign multinationals and Rich List entrepreneurs. A third is owned by just five families. Jerry Percy of New Under Ten Fishermen’s Association calls it the “privatisation of a public resource.”

Despite this, fishers blamed the EU for their plight, with a staggering 92 per cent thought to have voted Brexit. But they were soon betrayed by Johnson’s UK-EU Trade and Cooperation Agreement (CTA), which despite promises to keep EU vessels 12 miles outside British waters actually allows them to fish within six. Over a five-year period, the remaining quarter of EU quotas will be transferred to the UK, minus yet-to-be-negotiated Total Allowable Catches.

In April last year, the government announced £10 million-worth of grants to small-to-medium-size fishing and fish-farming businesses to see them through the effects of the pandemic (read: COVID and Brexit).

Yorkshire fisherman, Frank Powell, says: “we were going to get back our coastal fisheries … But it is now worse than ever.” Welsh fisherman, Barry Thomas, says of the new rules that allow EU vessels into UK waters: “It’s like a game of rugby and you’re one person playing a team of 15.” David Pessell, the Managing Director of Plymouth Trawler Agents, says: “The deal was absolutely shameful and disgraceful …  [The government] broke their word on every count.”

Farming: Reaping what they sow

By GDP, agriculture contributes 0.6 per cent to the UK economy. A majority of British farmers voted Leave: 53 per cent to 45. Given its minimal economic interest to the government, the same logic applies to farming as to fishing. Britain’s agricultural sector has also faced the dark triad of Brexit, climate change, and COVID, reducing the industry from over £5 billion to £4 billion, with the pain mainly landing on small farmers. Further losses are caused by terminated EU subsidies not yet replaced with domestic bailouts.

Many of us warned that post-Brexit “free trade” deals with big meat producers like Australia and Brazil would flood the UK with cheap foreign products and hurt domestic producers: this is because ensuring corporate profit not real patriotism (i.e., looking after the public) is the objective of the Tory party.

In terms of boosting GDP, the government’s best-case scenario for a UK-Australia Free Trade Agreement (FTA) is a 0.1 per cent increase (or £500m annually). But British farmers are likely to lose. The current FTA anticipates increasing Australian beef and lamb quotas from the thousands of tonnes (which presently protects British farmers) to the tens of thousands, which could ruin the smaller ones. Team Johnson describes the FTA as a “gateway” to countries with even lower food standards, like Peru and Vietnam which are members of the Trans-Pacific Partnership (TPP) FTA.

The TPP exemplifies the very forms of corporate globalisation that “nationalist” Brexit voters thought they were opposing when voting Leave.

Another problem faced by farmers is Brexodus: the return of EU migrants to their home countries. Small farmers are in no financial position to pay high salaries to British agricultural workers, hence their reliance on Eastern European crop pickers. The bigger farmers want to save money and retain profits. Instead of creating new jobs for British fruit pickers Brexit has given the growing prison labour and robotics industries a boost.

Brexit potentially cost the UK around 80,000 seasonal harvesters. The Conversation debunks the widely-held myth that British labourers don’t want to pick fruit. In reality, there are logistical impossibilities: no rural transport, expensive accommodation, and an inflexible social security system that makes it easier not to do temporary work. Enter the robots.

For all the right-wing talk of Labour being the party of “the Metropolitan Elite,” the London-based Xihelm produces harvesting robots. As for post-Brexit British patriotism, the company was founded by an ex-employee of the American giant, Google. As working-class people struggle to pay rents and mortgages, Xihelm receives handouts: “We have raised significant funds through a combination of venture capital and government innovation grants.”

Automation in manufacturing is another concern. Industry, including manufacturing, is a more lucrative and robust sector than farming and fishing, comprising nearly 18 per cent of GDP (8 per cent value added).

The more likely voters were to live in areas prone to automation, the higher the probability they voted Brexit: Boston (Lincolnshire), Great Yarmouth (Norfolk), Harlow (Essex), and Mansfield (Nottinghamshire) have high rates of automation and also voted to Leave. During the Parliamentary deadlock in 2018, nearly four in 10 workers feared robot-related layoffs or declining work quality due to automation.

Unlike fishing, farming, and hedge funds, most manufacturing companies voted Remain. Most of their workers, however, voted Leave. But it did not follow that Leaving the EU would reduce automation. By 2019, the UK was below the EU average for work-place robotisation. Both Brexit and COVID have accelerated the trend.

In 2019, the Office for National Statistics estimated 1.5 million jobs in England were at risk of automation. The risks go above 50 per cent for processing, plants, and machine operations, compared to less than 20 for professional occupations. The Business, Energy and Industry Strategy Committee (BEISC) wants Britain to be “a global science superpower after Brexit.” This includes automating labour and seeking strategies to help workers cope with being thrown onto the scrapheap. BEISC recommends “an action plan for how this transition will be managed.”

A second kick in the face to Brexit-voting workers afraid of automation is Johnson’s £7 million of taxpayer money to 38 AI projects, including automatic painters, offshore robo wind farms, self-loading cargo drones, and autonomous search and rescue. These will put qualified decorators, green workers, hauliers, and coastguards at risk of redundancy and reduced work.

But it’s not just tech start-ups. Working people are also handing over their hard-earned cash to big, post-Brexit businesses.

Under the cover of the COVID recovery, Johnson is allowing car manufacturers including electric battery and gigafactory developers 25 per cent off their tax bills in what amounts to indirect subsidies. There are direct handouts, too. Nissan famously announced its intention to stay in post-Brexit Britain, much to the cheer of Brexiteers. But right-wing media neglected to mention that working-class taxpayers have contributed £100m to the company’s proposed gigafactory. The Economist comments: “Such measures would have been possible while Britain was in the EU—but might not have been needed.”

But the cruellest attack on the working-classes is turbo-charged financial deregulation. CityAm says: Chancellor Rishi Sunak “is widely seen as having more than a touch of the Thatcherite about him.” The so-called Big Bang that deregulated the City in the 1980s and contributed to the destruction of the very working-class communities that voted Brexit will shift into high gear. The billionaire Sunak agrees with post-Brexit comparisons: “[they] make a really, really good point.”