by Nathan Pynn
in Good News, Must Reads, Sport 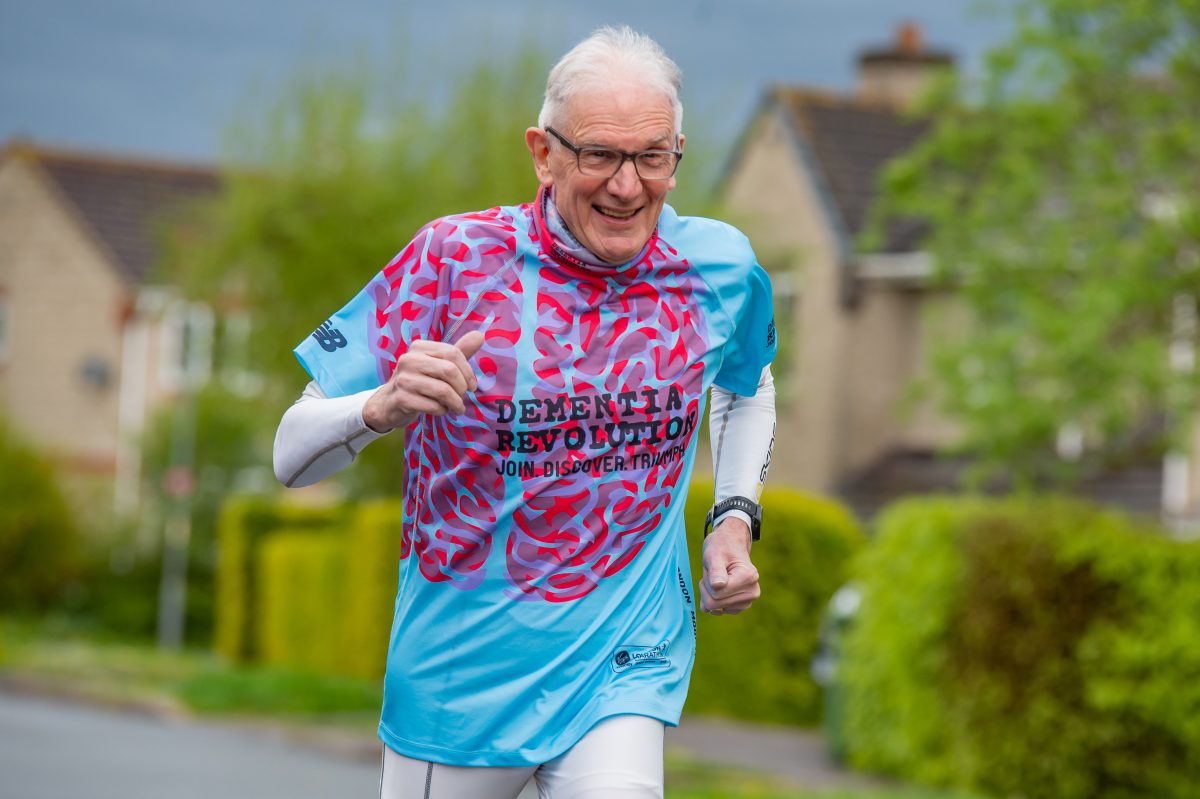 A battling grandfather has become the oldest dementia patient in the UK to complete 130 marathons – and he has no plans to stop running.

Malcolm Brookes, 78, is preparing to tackle his 131st race when he takes part in this Sunday’s London Marathon.

He completed his first marathon in 1986, completing the 26-mile course in Jersey, in the Channel Islands, in four hours 41 minutes.

He waited 22 years before entering his second marathon but since then the retired minister has clocked up thousands of miles.

Four years ago he was diagnosed with vascular dementia just weeks after he became the oldest Brit to complete his 100th marathon.

Despite his condition, which affects around 150,000 people in the UK, Malcolm continued running and has completed another 30 races.

He is now hoping to raise more than £2,000 for charity Dementia Revolution when runs on Sunday.

Malcolm, from Hereford, said: “I did my first marathon in 1986 which I just did for a bit of fun.

“All I knew was that I had to hydrate well. I was filling up a ketchup bottle with water every mile and was peeing in a bush.

“I was 45 when I ran my first marathon and 22 years later I ran my second one.

“Much to my amazement I was only about seven minutes slower than my 1986 effort.

“I am in the top 15 per cent for performance by runners of my age.

“When I got going, I came across people who were in the 100 marathon club and I thought ‘if anyone knows about marathon-running it’s these guys and girls’.

“So I latched onto them. My greatest ambition was to belong to the 100 marathon club.

“I achieved it in 2015 and did it in Jersey where I did my first marathon.

“After I was diagnosed with dementia, they told me to carry on running – oxygen is good for the brain – eat well and socialise.

“In most cases people would be devastated to be given a diagnosis of dementia.

“Strangely, for me because I had been so mystified about my symptoms, it was a relief to be given a diagnosis.”

Malcolm, who has three grown-up children and seven grandchildren, now relies on his wife Mary, 77, to help him plan his races.

He added: “Eventually, I will disappear down the plughole and I will be quite a different person from what I was.

“I find it very difficult at times to find words. I make up words.

“I also keep a diary of a demented 78-year-old man.

“I can only focus on one thing at a time. I can’t multi-task at all.

“I sometimes get very angry. I don’t know why I am being angry. It’s frustration that I can’t live a life that I used to live.

“I might shout at my wife and I don’t want to be shouting at her.

“I am a Chi Runner which means using gravity to propel yourself forward. You are falling forward all the time.

“I am going to carry on for as long as I can.

“I just enjoy running and I will do it as long as I am able to do it.”

Malcolm’s marathon career started while working as a minister in Jersey when he spotted an advert for the island’s marathon.

He ran his second marathon 22 years later, aged 67, in Portland, Oregon, USA, and was just seven minutes slower than his first race.

He even signed up for the 7x7x7 Challenge of seven marathons in seven locations in seven months, adding: “It was really tough.

“I didn’t know what I’d let myself in for, but after that, I was really hooked.”

During his second London Marathon in 2011, he recorded a personal best of four hours 22 minutes.

In 2009 he was unable to find a race in the UK so in June that year became the only Brit to enter the North Sea Beach Marathon in Denmark.

But after that race he felt so faint he was rushed to hospital as doctors feared he’d had a heart attack.

Other overseas marathons have included Toronto (Canada) and Boston (USA).

The longest time he has taken to complete a marathon is eight hours 55 minutes in St Davids, Pembrokeshire, Wales, in March 2013.

He completed his 100th marathon back in Jersey in October 2015, when he volunteered to accompany a blind runner.

The first signs of his dementia came four years ago when he lost interest in food, despite usually being an enthusiastic calorie-counter.

His GP referred him to a specialist, and an MRI scan revealed dementia.

He said: “My GP told me to carry on running because oxygen is good for the brain and to socialise.

“Running is no problem but socialising is more difficult because I sometimes can’t find the words but I do what I can.

“I also log down all my marathons so I can track my performances and my times down. I’m also very strict with what I eat and weigh all my food before I put it on the plate.”

Malcolm is supporting the Dementia Revolution and can be sponsored at https://uk.virginmoneygiving.com/MalcolmBrookes1