Sport News 24/7 It could feasibly have happened at any point over the past three years. Following England’s harrowing Ashes whitewash in Australia in 2013/14, the captaincy of Alastair Cook has been open to debate. Quite how he survived the cull that took place after that disastrous tour is beyond me, but he stayed in […] 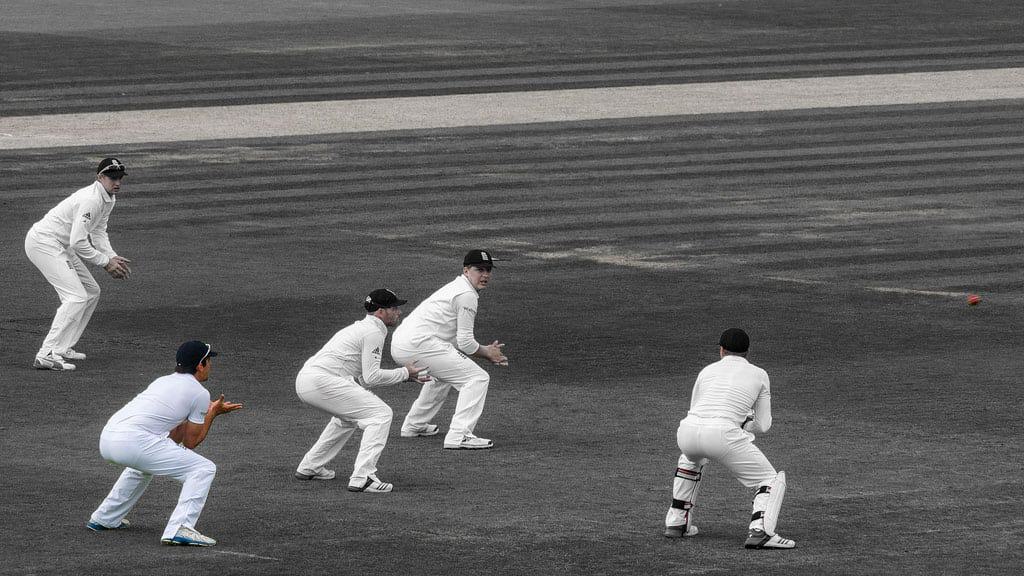 It could feasibly have happened at any point over the past three years. Following England’s harrowing Ashes whitewash in Australia in 2013/14, the captaincy of Alastair Cook has been open to debate. Quite how he survived the cull that took place after that disastrous tour is beyond me, but he stayed in situ for a further three years.

In that three years England won the Ashes at home and beat South Africa in South Africa in their two standout wins. Owing to the myopic nature of English cricket, the Ashes is all that matters to most, so that period can be viewed as a success.

There were, however, further post-Ashes humiliations. Sri Lanka beat England in England in 2014. England failed to beat the West Indies in the Caribbean. They failed to beat Bangladesh in Bangladesh. They couldn’t see off New Zealand and Pakistan at home. At best, they’ve been treading water under Cook’s leadership ever since Australia hammered home the final nail in a well-built coffin in Sydney in January 2014.

There has been little by way of consistency. Even ‘Cook’s redemption’ (the word ‘redemption’ can scarcely have been used in such an underwhelming way) during the Ashes victory of 2015 featured two thumpings from Australia as the side oscillated from the sublime to the ridiculous.

A lot of that has been down to Cook’s total tactical inflexibility. He bowls through his bowlers in numbers and has often been found looking clueless when Plan A has failed him. His field placings for his spin bowlers, most notably in Bangladesh at the end of last year, were too often negative and failed to support them. He’d leave his seam bowlers on for a spell regardless of how that spell was going. There was little intuition or feel for the game.

That was evident at the Oval against Pakistan last year when James Anderson was left unbowled for the best part of two sessions and Pakistan batted England out of the game in their second innings.

For the past year, since the series win in South Africa, England have made little progress. They saw off Sri Lanka in the early part of last summer, before failing to win any of their next series, drawing with Pakistan and Bangladesh before losing in India.

The tour of India was always going to be a tough one, but there were some parallels with the 2013/14 Ashes series. The side lost confidence, the selectors didn’t know who to pick and the whole process was, ultimately, a disaster.

Whilst it would be misleading to place the blame for that on Cook, he has never spoken up to question the selection process or force his hand. He too often looked like a puppet in the ECB’s game, which is exactly how he appeared in 2014. This, then, was a scenario that he has seen before. When, for example, will Liam Dawson ever play another Test match? Things got out of control.

And that, to a captain who it is always said ‘loves control’, is unacceptable. He didn’t have an answer to stem India’s steady flow of runs and he didn’t know the people who were coming into the dressing room.

Where he stubbornly retained the captaincy post-Ashes in 2014, he knew that now is the time to go. For that, he should be applauded.

It wasn’t always like this, though. The series win in India in 2012, having gone 1-0 down in the series, would be a highlight of anyone’s captaincy career and it should stand as Cook’s crowning glory. Ashes wins always carry more weight, but the wins in 2013 and 2015 were easy by comparison with what happened in India, as Cook found out in 2016.

His decision to step down now leaves him free to do what he does best – bat. In 2016 he became the first Englishman to pass 10,000 runs in Test cricket. At the age of 32, there is plenty of time for him to add significant runs to that total. Whisper it, but he could become the first batsman to get past 16,000 runs in the format.

He is a great batsman. But he was not a great captain. His batting legacy will be what marks him out in the history books, not his leadership. Claims by some commentators that he is one of England’s greatest captains are wide of the mark. England’s undulating record under his leadership bears testimony to that.

Something broke in Australia in 2013/14 and Cook has never quite been able to repair the damage. Perhaps that would have been the best time to knock the captaincy on the head, but he leaves now with his dignity intact and the prospect of playing a crucial role in the future development of the Test team.