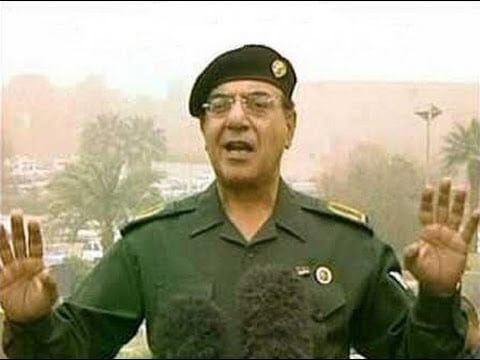 Mohammed Saeed al-Sahhaf better know as “Comical Ali” has told the British Government he can’t take the job as NHS spin doctor, as even he couldn’t try and convince the public the NHS hasn’t gone to shit.

He said: “Even when there were US tanks behind me as I told TV cameras that Iraq was defeating the American invaders, I still thought I could win the PR war, but this NHS crisis is well beyond my delusional mind.

In desperation Jeremy Hunt made a desperate plea for al-Sahhaf to tell UK citizens that the NHS was actually working really well and people were not dying in the corridors of malnutrition and thirst.

He said: “I visited an A & E in Slough, and it looked like one of Saddam’s torture chambers after an assassination attempt.

I’ve taken a job at the Unicorn preservation society, I’ve already seen 23 of these beautiful creatures this morning, and by the end of 2017 we hope to have 30,000 living wild in the New Forest.”