In winter "you don’t see anybody, you don’t meet anybody, and you can drive up the road with your eyes shut because there's nobody else on the road." 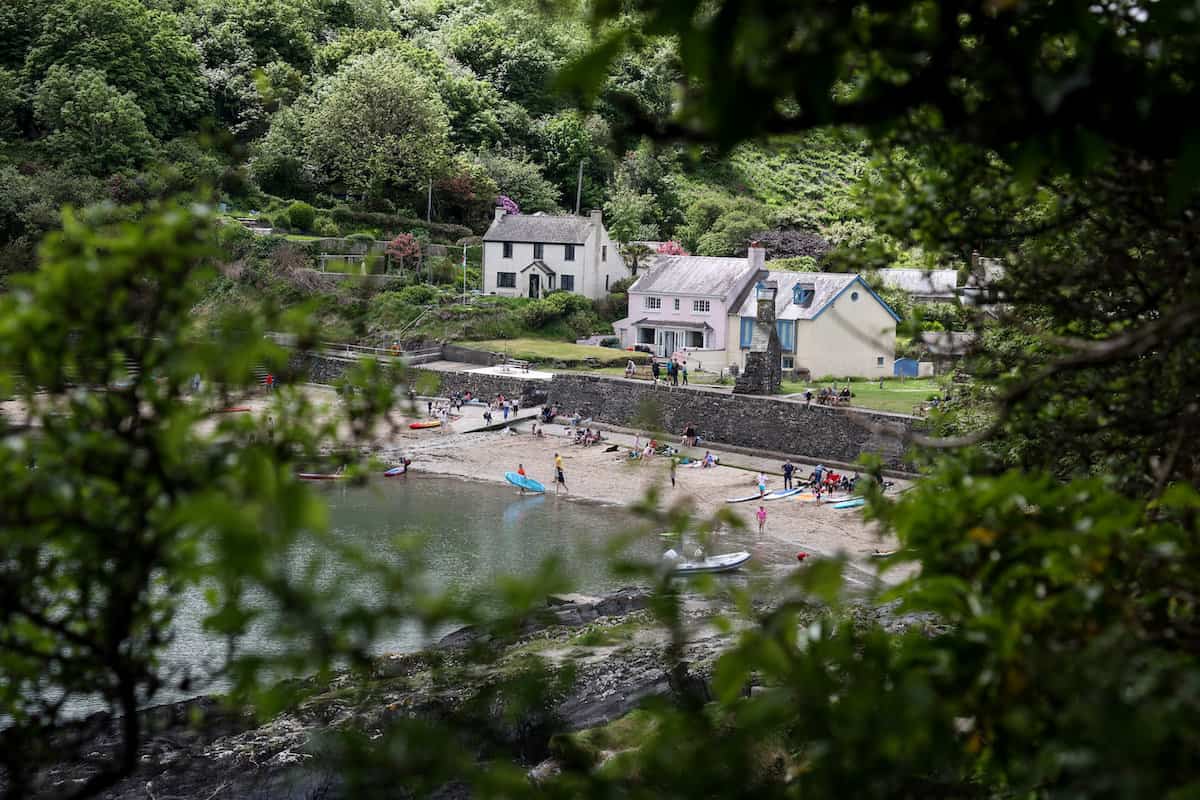 Welcome to the seaside village so stunning nearly every house is a second home and locals have been priced out by millionaires – leaving just ONE left.

Cwm-yr-Eglwys in Pembrokeshire was a bustling hub, with plenty of work, when Norman Thomas, 88, was a boy with all the shops he needed and affordable homes for anyone with a job.

But thanks to its award-winning beaches and near-Mediterranean microclimate, nearly all the homes have been snapped up by millionaires as second homes, he says.

One reportedly sold privately for £1.3m recently – nearly seven times the national average – and a third are said to be worth more than a million.

Only a handful of the 50-odd homes in the stunning, picturesque cove have permanent residents who live there all year round, it is said.

Once the good weather disappears after summer, Norman says his neighbours retreat to their primary urban homes, leaving the town eerily quiet for most of the year.

He claims to be the LAST remaining Welshman, and can almost “drive down the road with his eyes shut” in the off-season, and locals have been entirely priced out of the market.

Norman moved in to the village to live in his late wife Alexandra’s family seafront home 55 years ago.

Widower and retired boat club steward Norman said: “Ten years ago it started going rough – there were no lights at night in the houses.

“It’s so dark and cold in the winter, or at least it looks cold because there’s not many people.

“You don’t see anybody, you don’t meet anybody, and you can drive up the road with your eyes shut because there’s nobody else on the road.

“It’s been going on for some time. It’s reached the climax now. There are three houses occupied and I’m the only ‘local, local’.”

Pembrokeshire is a wildly popular holiday destination, and the coastal path runs directly through Cwm-yr-Eglwys.

Sheltered from prevailing winds, the village has its own microclimate, a few degrees warmer and drier than expected.

The beach has earned awards dedicated to stand-out rural beaches with safe bathing.

The village once had pubs, shops and a lively community feel, but after the mass exodus of locals, small businesses struggled to survive past the summer.

It is estimated between two and ten of the homes have permanent residents.

Grandad-of-eight Norman said: “There’s no work here – no work at all here – but there used to be when I was younger.

“We had 62 farms sprawled out in the parish, and now there’s not a single milk producer. They’ve all given up because they couldn’t make pay.

“A lot of the smaller farms have closed and they’ve all joined to make bigger units.

“There used to be four or five grocers in the village – there’s two now.

“There was an ironmonger here, that’s gone. There were five pubs here and now there are only two.

“I’ve got a friend who has to travel about 40 miles a day to find work. In the winter they’re really suffering.”

Now nearly all of the roughly 50 properties in the area are holiday homes, and a third of them are thought to be worth over a million pounds.

Pembrokeshire has the second highest number of second homes in Wales – over 16% of them.

Renting a three-bed cottage in the area could cost you £200 per night during the summer holidays, and house prices are 25% higher in Pembrokeshire than in the rest of Wales.

Norman currently lives in his four-bed home overlooking the beach that has been in his late wife’s family since 1919, and is where he raised his four children.

He is the last Welsh speaking resident. It is his first language.

Norman added: “It’s affecting the language as well. It’s damaging the image of the language I think. You don’t hear of word of it spoken down here now.

“I speak Welsh to everybody I can!”

The only other two permanent residents, Elizabeth and Harry Broughton, are also in their eighties and came to the village from Lancashire in 1968.

Norman can see the positives of the holidaymakers.

He said: “They’re not doing any damage – in fact, they spend a lot of money here building better houses.

“We know everybody who comes here. They’re all nice people.

“I think the government should step in, especially the Welsh government, but there isn’t a population you see.

Norman is frequently asked to sell his valuable family home to property developers.

“They ask all the time and they always get the same answer; ‘no’,” he said.

Some residents dispute that Norman is the last local living in the village.

The Welsh Government has said they are looking at “further interventions” to prevent the same fate for other picturesque villages.

A Welsh Government spokesman said: “Wales is the only nation in the United Kingdom to give local authorities powers to raise higher levels of council tax on long-term empty properties and second homes,

“We are looking at what further interventions are available and how our partners can use existing powers.”

Related: Watch: Tory MP defending tenant evictions asked has she ‘been in danger of losing the roof over their head?’