Fardel Manor, which was recorded in the Domesday survey of 1086, has its own lake, swimming pool and CHAPEL. 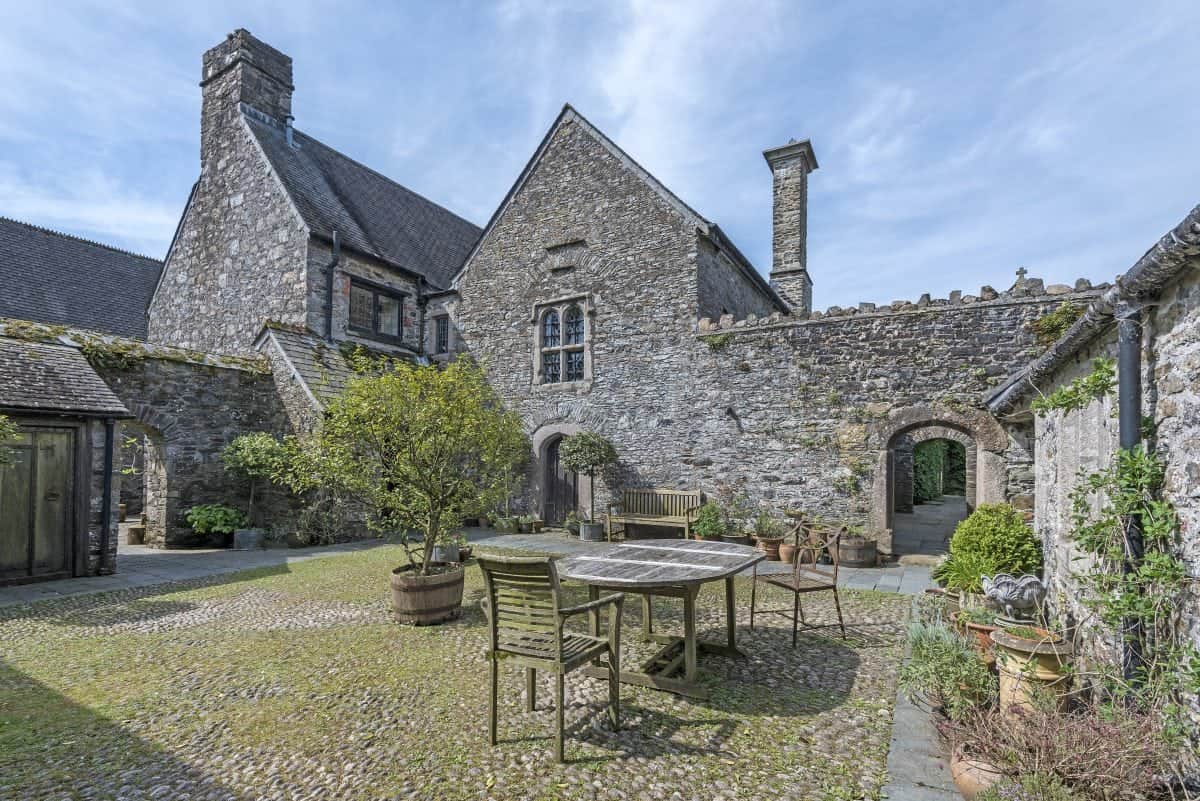 A historically-significant manor house which was once the home of Sir Walter Raleigh’s family has been put up for sale for £2 million.

Fardel Manor, which was recorded in the Domesday survey of 1086, has its own lake, swimming pool and CHAPEL. 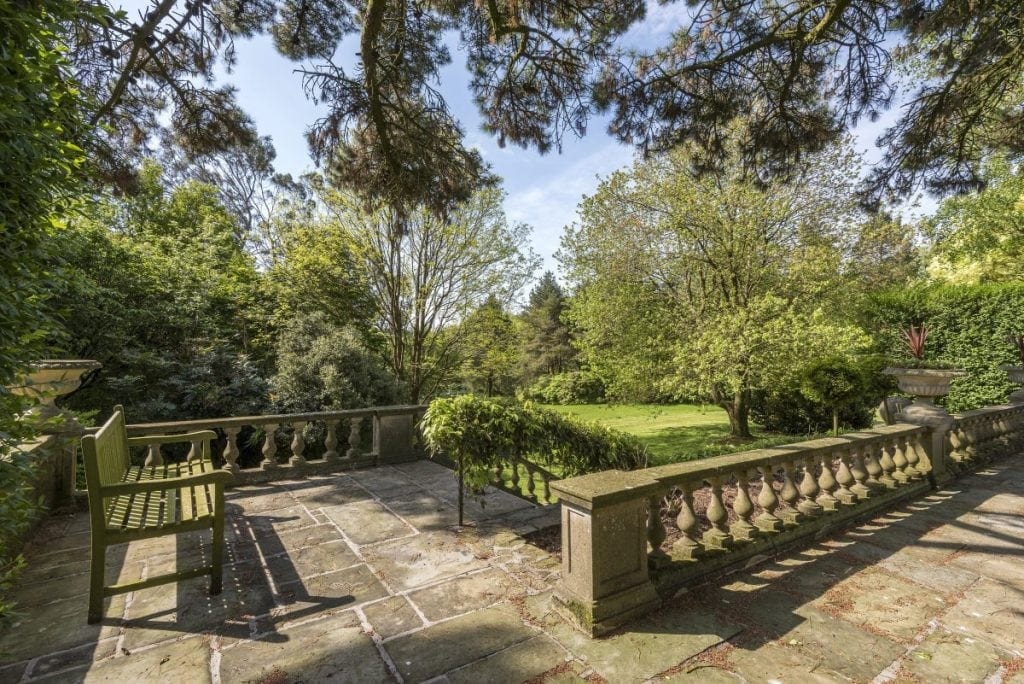 It is currently home to Father Benedict Ramsden, an Archpriest in the Russian Orthodox Church, who founded and runs an organisation called the Community of St Anthony and St Elias, and his wife, Lilah.

But back in the early 17th Century, it belonged to Sir Walter Raleigh’s father – and the famous explorer and politician regularly visited the house, as did one of his ship’s captains, John Rolfe, who was the husband of the famous Pocahontas.

Sir Walter regularly visited the house and continued to do so even in death.

His grieving wife, Lady Elizabeth Raleigh, couldn’t stand to be apart from her late husband and after he was executed in 1618 she would take his head everywhere she went – including Fardel Manor. 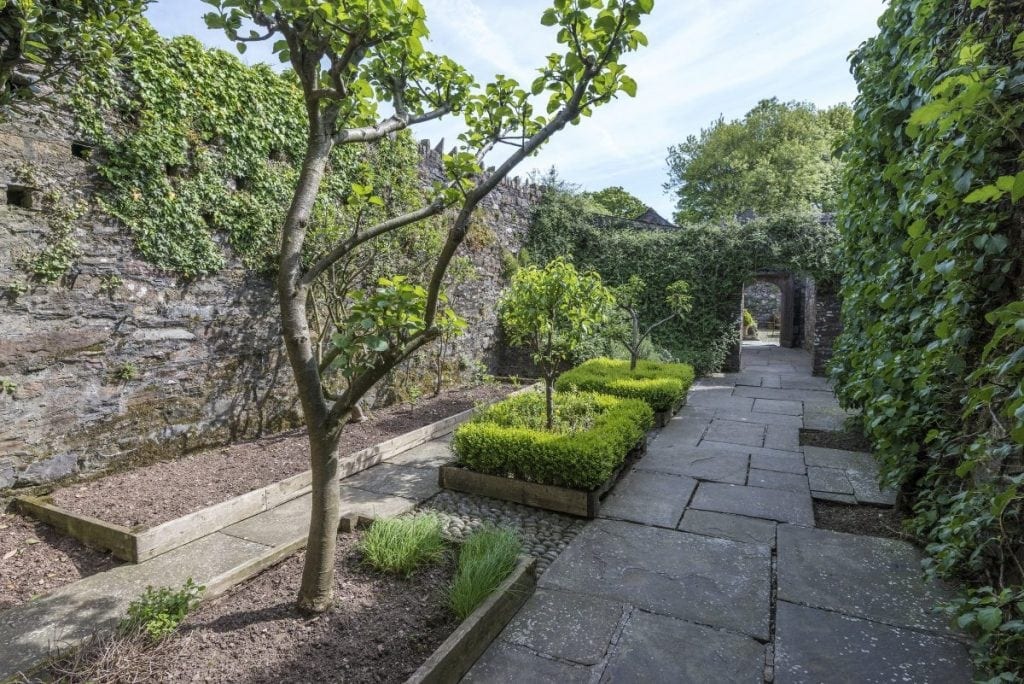 The Grade I Listed home, which sits on the edge of Dartmoor in South Devon, now consists of four bedrooms, a drawing room, library/dining room, study, a screens room, which was the former Mediaeval Hall, a 13th century chapel and a screens passage.

Outside it also boasts a three bedroom cottage, five acres of land, a lake, swimming pool and an orangery.

Father Benedict, whose organisation helps people with mental health issues, had fallen in love with Fardel Manor many years before buying the property. 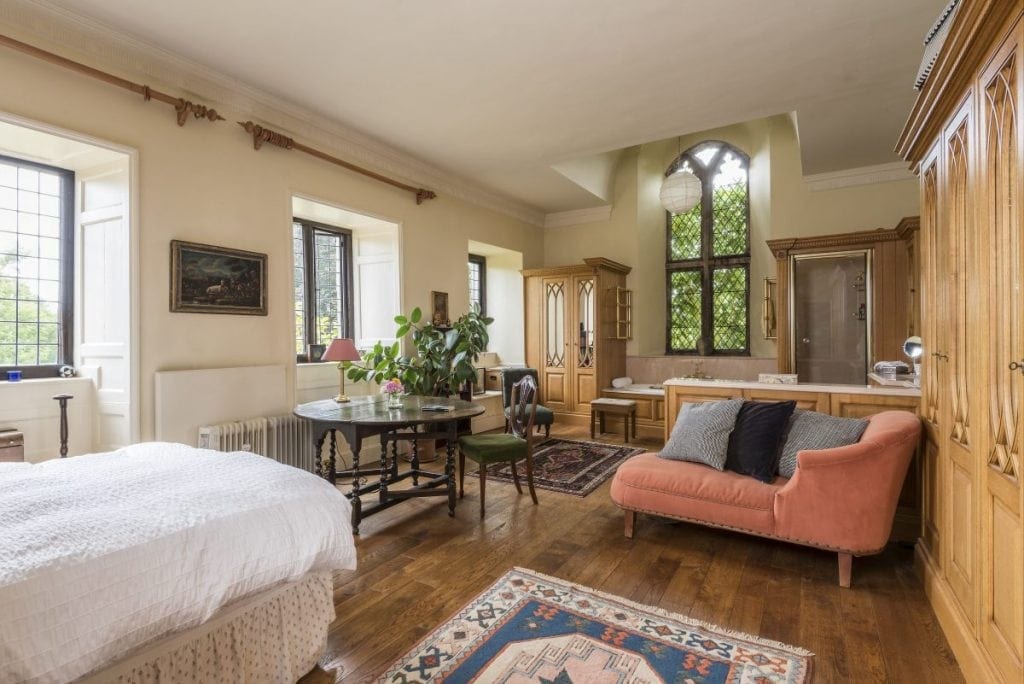 And in 2001, after missing a train connection, he was flicking through a magazine at the station and saw the stunning home advertised for sale.

Father Benedict and Lilah visited the property, peeping over the wall to get a better look, and the knew they had to have it and put an offer in – only to miss out. 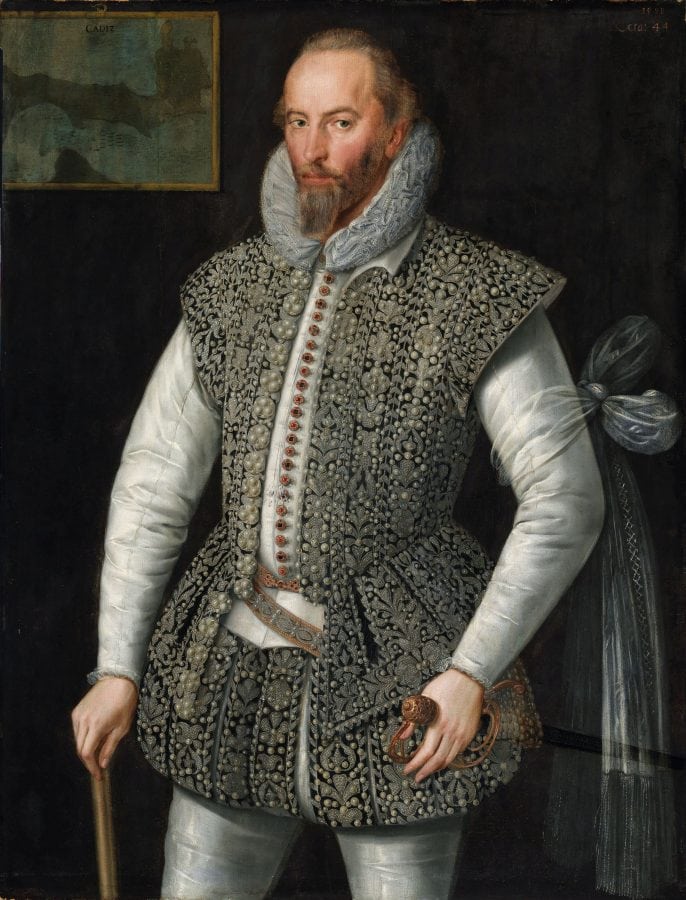 But a few weeks later the estate agent got in touch to say the deal hadn’t gone through so the Ramsdens snapped it up.

In their 17 years at Fardel Manor they have worked closely with English Heritage on the renovations to the property.

This includes remodelling the chimneys and reconfiguring the library which had been transformed into a collection of five rooms during the 1950s. 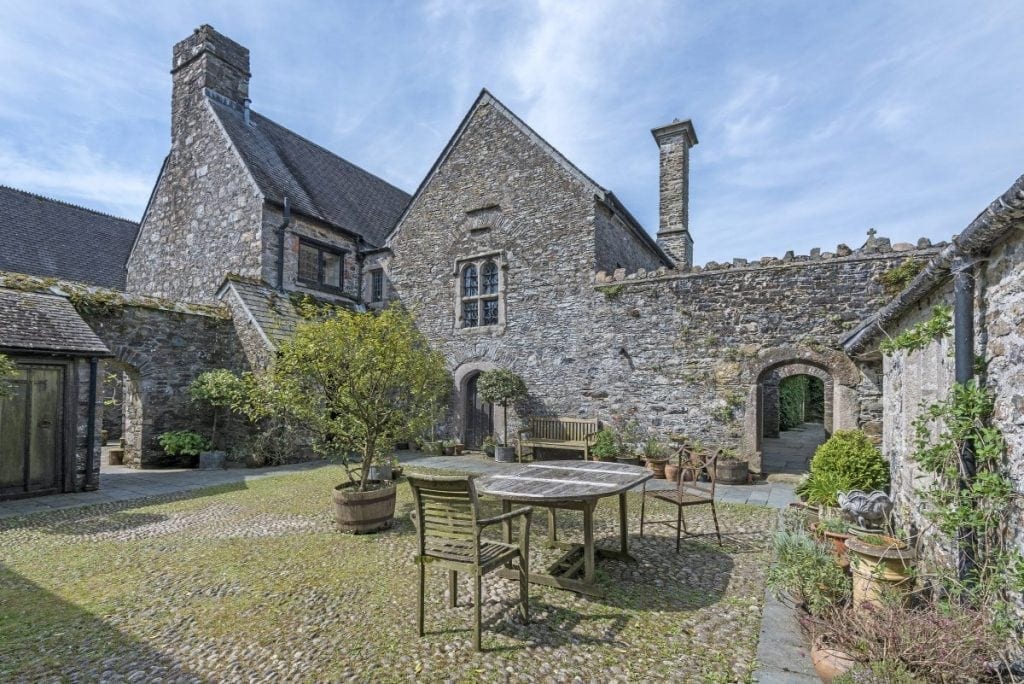 The rooms were disproportionate and so Father Benedict worked to change it back into a gallery, which has ensured that the proportions are now right in the home.

Father Benedict, who is approaching his eighties, and Lilah have now decided to downsize and are selling Fardel Manor.

They have put it on the market with the Exeter office of Jackson-Stops for offers in excess of £2 million.

Richard Addington, director of Jackson-Stops’ Exeter branch, said: “Fardel Manor is an exquisite manor house located on the edge of the open spaces of Dartmoor and close to the south coast with its sandy beaches and protected estuaries.

“Dating back to the 13th and 14th century, its history is one of the most interesting I have come across in the area – having once been home to the both the Raleigh and the Hele families and said to have been frequently visited by Pocahontas. 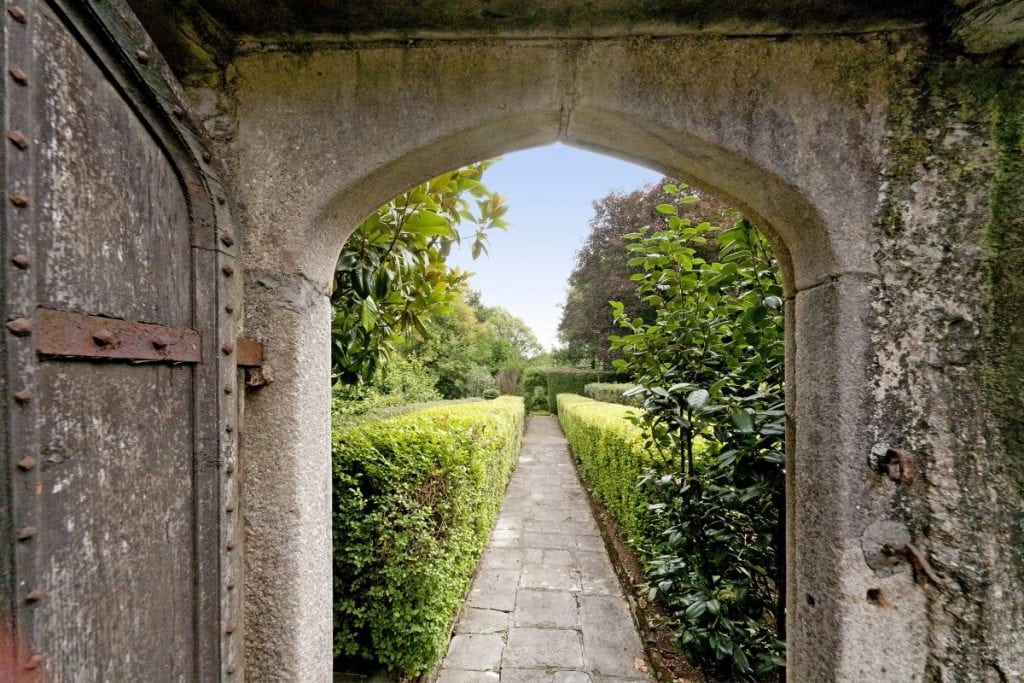 “The property will provide its new owners with not only an outstanding place to live and a chance to create incredible memories but it also comes with the opportunity to take on the title of Lord of the Manor of Fardel.”

The oldest parts of the house date back to the 14th century with major modifications made in the 16th and 17th centuries when the present fine-panelled drawing room and the staircase hall were first created. 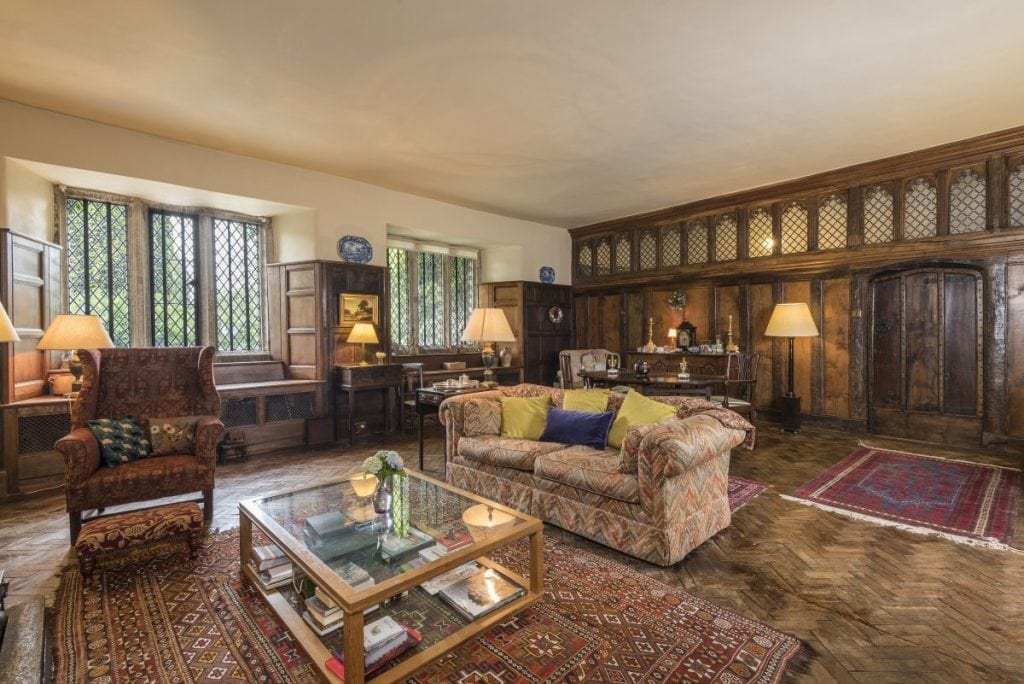 The house has been kitted out with modern conveniences such as a fitted kitchen, central heating and bathrooms which have been cleverly adapted into the ancient structure.