Eric Jaskolka, from USA has collected over 20,000 X-Men items 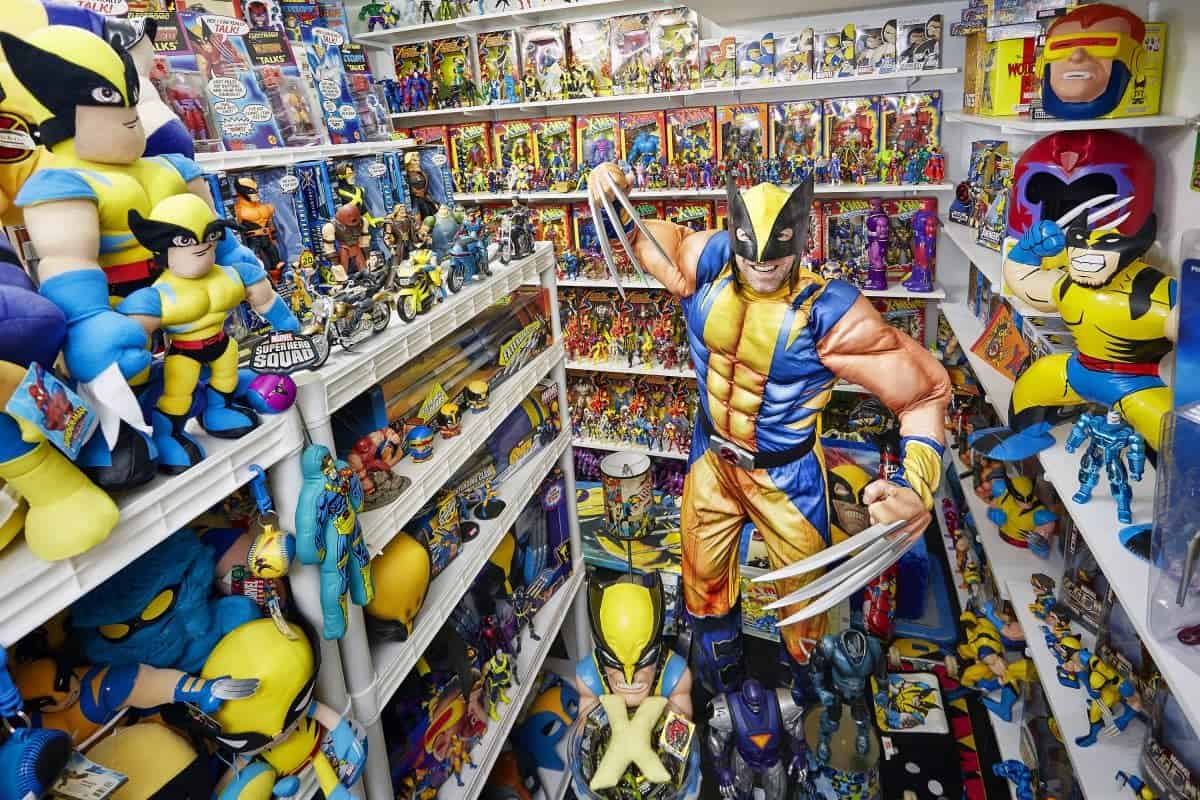 An extreme comics superfan has blown over £150k transforming his home into a Marvel shrine. 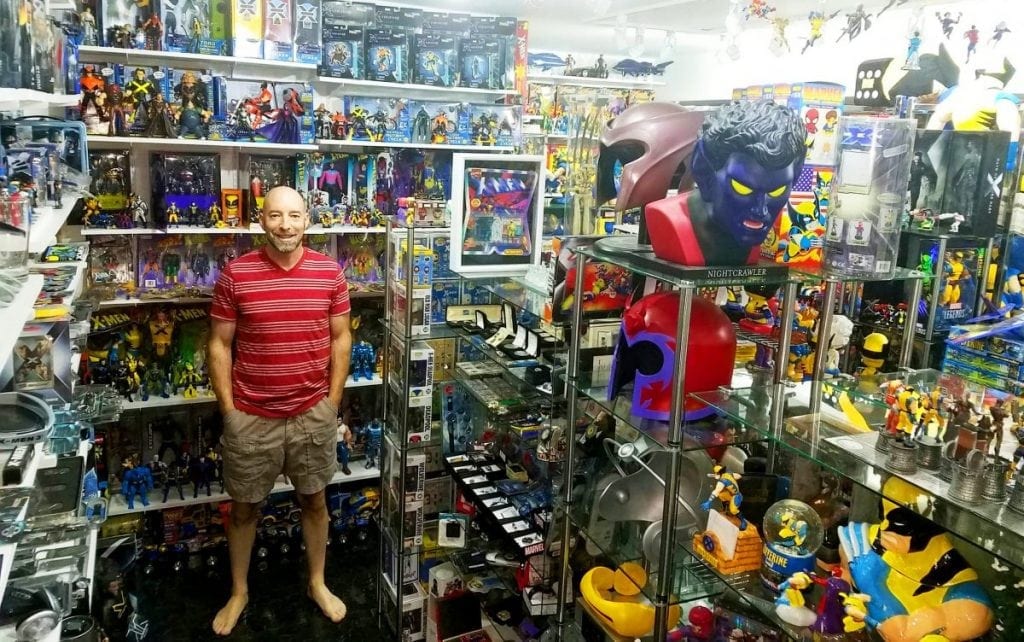 Eric, from Iowa City, USA, reckons he could be the world’s greatest X-Men fanatic after dedicating a 17ft wide room in his house with thousands of collectables.

He also says there is a 13ft long statue display outside the same room – as well keeping additional items in his storage cupboard.

According to the Guinness World Records Eric takes the title for the largest collection as he claims he now has over 20,000 items.

But Eric says his X-Men memorabilia is “worth much more than what” he has spent already. 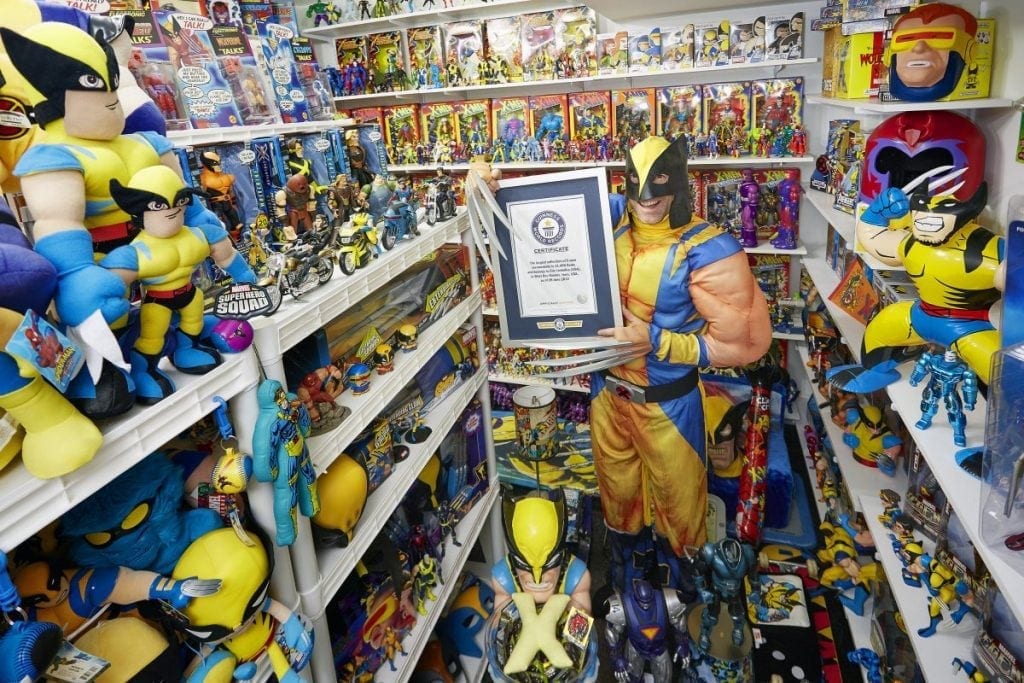 The 47-year-old adds: “I would say I am one of the biggest fans, maybe I take it a little too far with the size of my collection.

“I enjoy and appreciate what the X-Men present.

“Usually one to two packages arrive at my home containing toys or some other collectable on a weekly basis – I continue to read and enjoy the X-Men comics every week.

“I am always happy to meet and talk to others about anything superhero related.”

Eric started collecting comics when he was 18-year-old and a year later started buying action figures and play-sets.

Eight years later, Eric decided he was only going to focus on buying anything X-Men related instead. 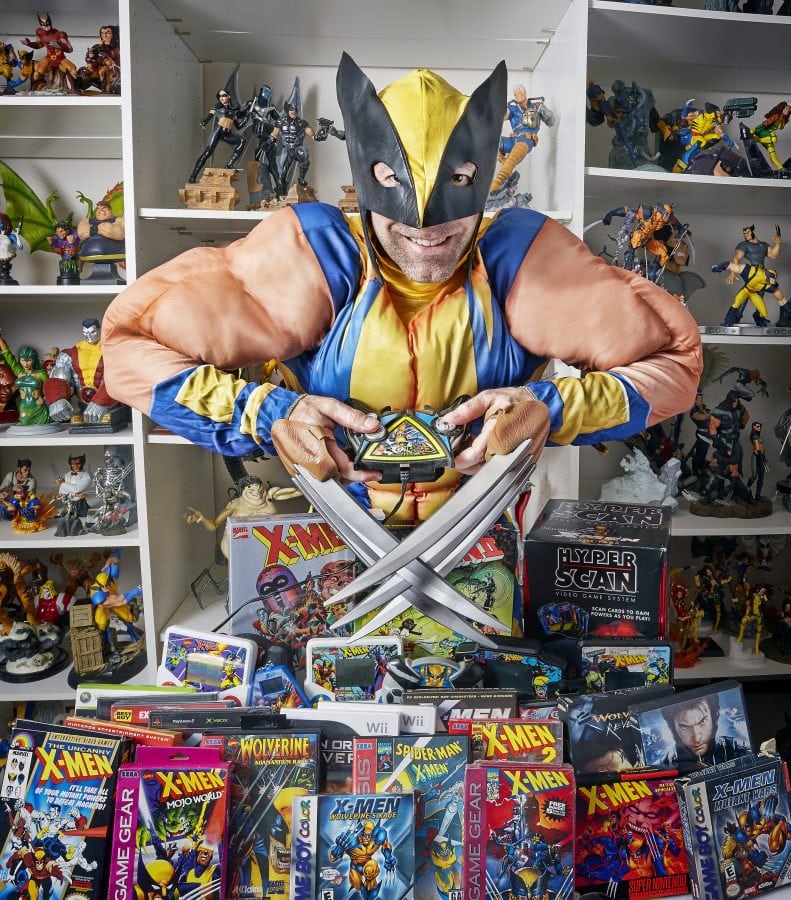 IT project manager, Eric, said: “Initially I got into comics for escapism – I was 18 and not sure what I wanted to do with my life, wasn’t entirely happy.

“I could immerse myself in some other world, or worlds and lose myself.

“I was drawn to the X-Men after a few months and started buying back issues to learn more of their story and history.”

Eric claims parts of his collection starts at around 50 p and can go up to £2,000 including – key chains, sweets, Beanz, trading cards.

“When I started this collection, and I still think this way, I would rather have a variety of items to show the breath and diversity of my collection and than sink all my money into one expensive item.

“Since I have been collecting a long time, I believe I have probably purchase just about all those inexpensive items and now save up my allowance to purchase more expensive items.”

Eric claims he has watched the X-Men films over 40 times and says his favourite is between X2 – where Stryker (Brian Cox), a villainous former Army commander, holds the key to Wolverine’s (Hugh Jackman) past and the future of the X-Men – and X-Men First Class – which focuses on the United States government enlisting the help of Mutants with superhuman abilities to stop a malicious dictator who is determined to start World War III.

Eric, who has been married for 23 years, says it has become apart of the family with his wife and children all looking for new items for him.

The father-of-three says: “When she (his wife) met me, it was a package deal – me, my dog, and the very small X-Men collection.

“At that time I had maybe 500 comics and about 300 toys and collectables.

“My wife knows this is part of who I am and is accepting.”

And now Eric has his children to follow in his footsteps and says his children are very respectful of his collection and help him search for items.

He adds: “It has become a game for them now to find something that I am not aware of to add to my collection.” 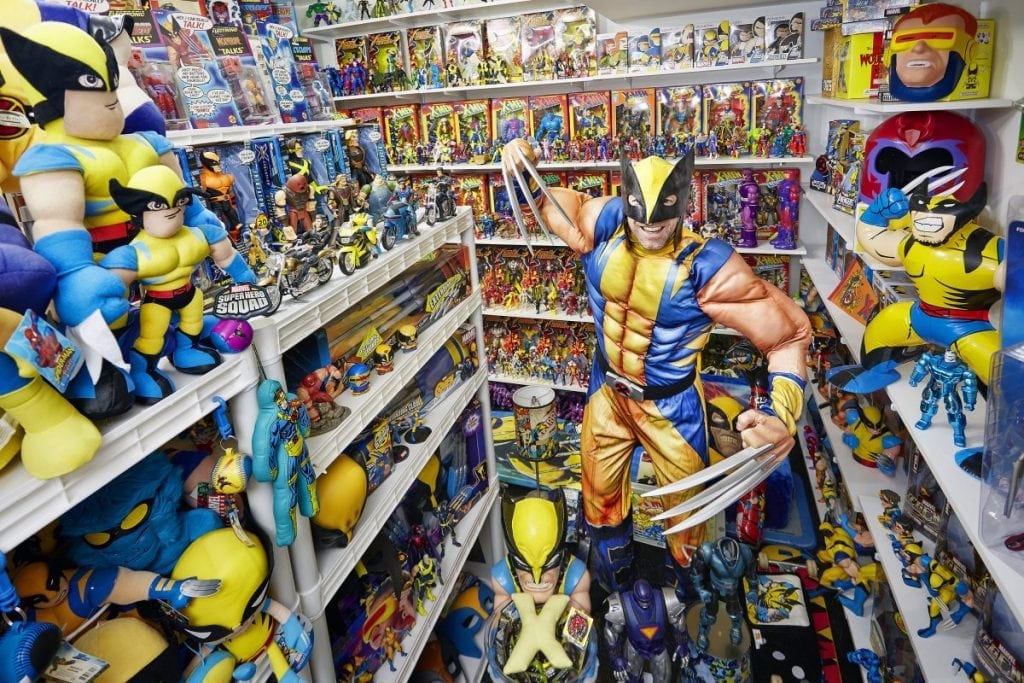 Eric says he is always looking to connect with other X-Men fans around the world so he can share stories with other fans.

He adds: “I am not striving for a number to collect, I enjoy and appreciate what the X-Men represent.

“I know I will never have everything as there are some very expensive and rare items I cannot afford, but I will continue to add what I can to the collection and share my passion with others.

“Some of the really neat items in my collection are bootleg and non-U.S based items.

“I have been fortunate and thankful to make connections with people all over the world who help me add to my collection.