The giant train set in North Wales includes a waterfall and a suspension bridge, ten railway engines and 50 items of assorted stock 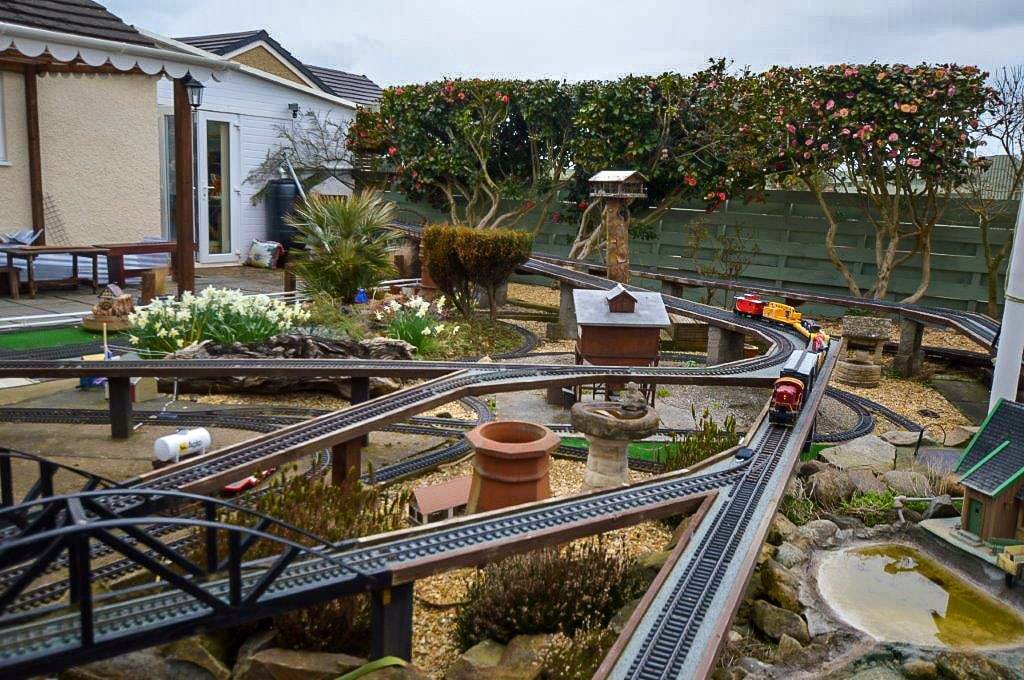 The giant train set includes a waterfall and a suspension bridge, ten railway engines and 50 items of assorted stock.

Four trains can run on the track at the same time, with 32 sets of points.

There are four loops on the 900 foot track. It was the brainchild of enthusiast Cyril Aspleym, who along with wife Mary wants to sell up and down size, due to ill-health.

They lived in the three-bedroom house at Bishton Walk, Tywyn, Gwynedd, North Wales, for seven years.

Cyril said: “When we moved to Tywyn I was introduced to a model railway and it got me hooked.

“I used to fly model aircraft, but as my wife said, it was costing too much if you crashed a model aeroplane compared to a railway engine.

“I had to build a bridge to get the line from one side of the garden to the other. It also has a waterfall and a suspension bridge.”

A workshop on site allows the trains to travel into the garden through a hatch in the door. Estate agent Michael Williams said: “I hadn’t seen anything like this in 30 years of working as an estate agent.

“The bungalow itself is modern and spacious, but when I stepped into the immaculately kept garden at the rear I wasn’t expecting to find a model railway.

“The couple have decided to leave the working railway in the garden and believe it will be of interest to someone who is already a keen modeller.”

The property is just 250 yards from the famous Talyllyn narrow gauge railway.

The couple are selling their home through estate agents Morris, Marshall and Poole with Norman Lloyd complete with the G gauge 45mm railway and a workshop.