The subterranean bunker, accessed via a secure hatch and ladder, is made up the main room - around 115 sq ft - and a separate toilet.

by Ben Gelblum
in Must Reads, Property, Weird News 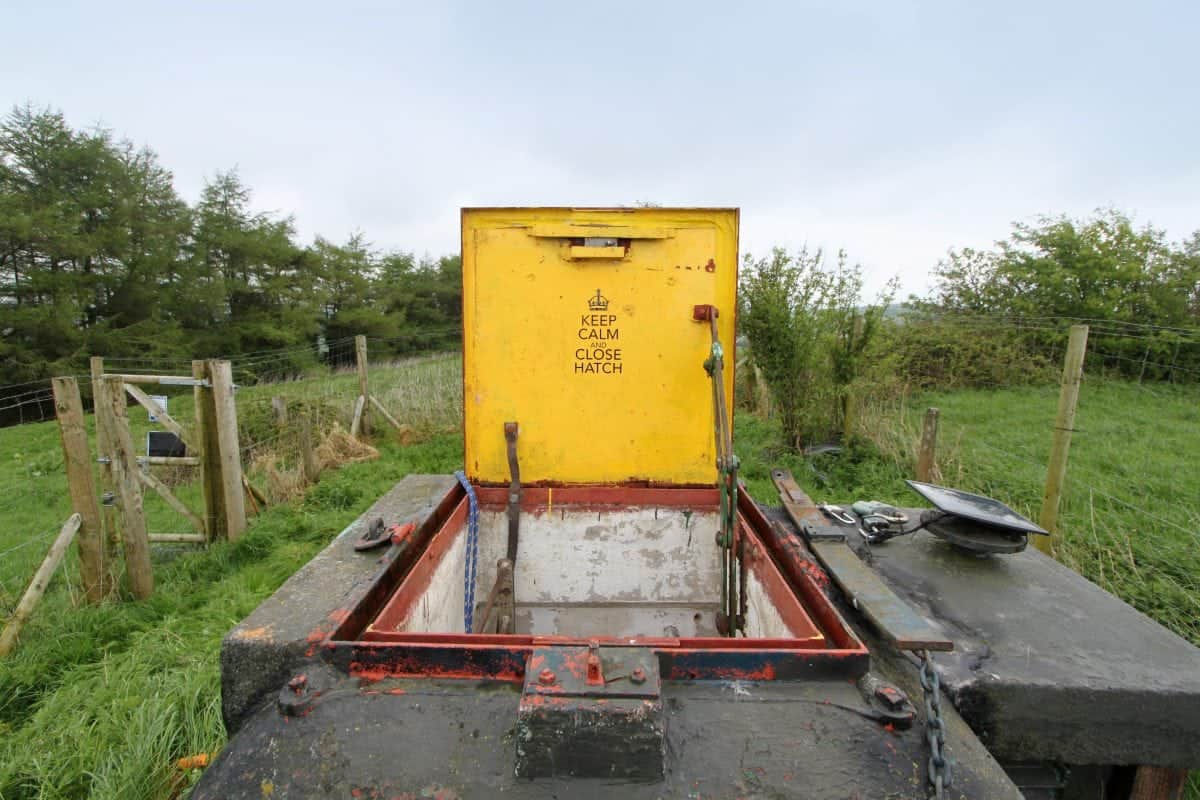 A survivalist on a budget has snapped up a nuclear bunker in the middle of the countryside – for just £23,000.

The subterranean chamber, accessed via a secure hatch and ladder, consists of just one main room – around 115 sq ft – and a separate toilet.

It is located on top of Barrow Hill in Farmborough near Bath, Somerset, and has stunning 360 degree views which stretch across the Bristol Channel to South Wales.

The elevated position, which is around 635ft above sea level, was one of the key reasons the bunker was built during the Cold War.

Maggs and Allen auctioned the hideaway, on a parcel of land measuring approximately 127 sq/m, on Thursday in Bristol.