A neighbour estimates they have spent "at least £50k on refurbishments", which is £150k less than they spent on their Downing Street flat. 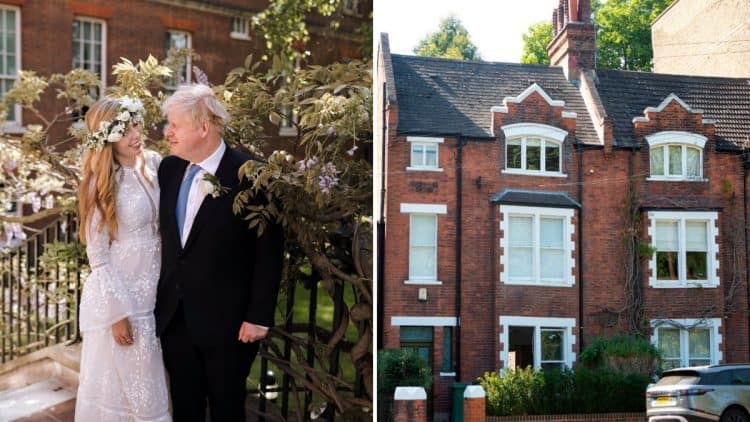 Boris and Carrie Johnson have put their London townhouse up for sale and expect to make a juicy £400,000 profit on it.

The couple snapped up the four-bed Victorian property in July 2019 when Boris became PM.

They initially bought it for £1.2 million but it is now on the market for £1.6 million.

It is understood they had been looking to rent out the three-storey red brick home in Camberwell for up to £4,000 a month, but never got round to it.

A neighbour of the South London property said: “The decorators were in earlier this year and from what we could see they must have spent at least £50,000 on the place.”

That will be seen as a snip compared to the £200k they splashed out on the refurbishment of the Downing Street flat with the help of Tory donors.

Mr Johnson got his initial home loan from Santander but has since remortgaged with Clydesdale Bank, according to Land Registry records.

Estate agents Davis and Gibbs say: “The property is finished to an excellent standard throughout.

“It retains many characteristics, including shutters, wooden floors and low-level cast-iron radiators.”

It is located near Camberwell’s Myatts Field Park which is described by the agents as “a hidden London gem enjoyed by families looking for a quiet life”.

It is not known where Mr and Mrs Johnson and their two children, Wilfred, two, and Romy, seven months, will live when they are turfed out of Downing Street next month by the new Prime Minister.

But they also have another £1.2million, four-bed detached house in Thame, Oxfordshire.