One affected tenant said they were being "turfed out" after 13 years and were "heartbroken" as a result. 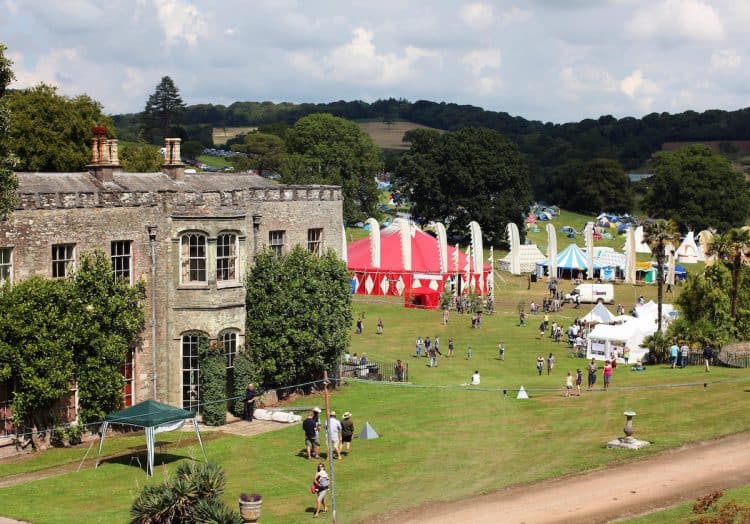 One of Britain’s grandest estates is selling off properties and evicting long-standing tenants – after it was left to an Earl aged 17.

Four properties all located within the 6,000 acre Port Eliot estate have been put on the market by the Estate trustees’ management team.

The estate is the ancestral seat of the Eliot family, whose present head is 17-year-old Albert Eliot, 11th Earl of St Germans.

But as his father was found dead in the bath after an epileptic fit in 2006 at the age of just 40, the estate has to be managed managed by trustees until he comes of age.

And several local tenants say they have been left devastated after being issued a Section 21 eviction notice last month by the trustees.

They were given three months to leave after some of them have lived and considered it their home for decades.

Savills, which was instructed by the trustees, to carry out the sale, said in a statement: “The Port Eliot Estate has decided to sell a small number of its properties occupied on assured shorthold tenancies. The family is working to try and find alternative accommodation on the Estate.

“The tenants were served notice on 25th March and the notice period has been extended to at least three months instead of the statutory two months. The proceeds from the sale of these properties will facilitate reinvestment into the remaining Estate.”

Savills has also confirmed it does not have full management responsibilities for the estate – but instead manages it on behalf of trustees and takes instructions from them.

One of Cornwall’s grandest estates is selling off a number of properties that some local tenants have called home for decades, leaving them devastated.

The All tenants were issued a Section 21 notice on March 24 – extended to three months instead of two.

One resident told CornwallLive that while people are not begrudging the Estate’s decision that it was “totally unexpected” and couldn’t have come at a worse time. It’s as a widespread housing crisis is impacting much of Cornwall. Some of the affected residents have lived in the homes for as many as 20 years.

At least one has stipulated that they believed they were “guaranteed” as long term rentals – having invested thousands into maintenance and renovation of the properties through the years. Savills has however confirmed that all those issued notice were on an assured shorthold tenancy – meaning it can issue notice at any point without giving a reason.

One of those affected said: “I have been a tenant at Port Eliot for many, many years, and I’ve lived in a couple of properties and our understanding at the time was that the trust wouldn’t be selling the properties on. As time has gone by we got a Section 21 notice just pushed through our letterbox a couple of weeks ago to say they are selling our home.

“it was a no fault eviction and basically we had three months to find somewhere else to live and move out so I’m quite aggrieved because we’ve ploughed a lot of money into the house. We spent an awful lot of time making it a nice place and the estate is going to benefit from it basically.”

She explained that she shared her story – believing it to be a single case – to a local Facebook page at which point things “ballooned”. She had numerous other people reach out explaining they too were being evicted.

“Myself and my next door neighbour are being evicted,” she said. “And I know another person who is moving on their own as they have purchased a house and I’m pretty sure they will sell that as well. It could be a whole street that’s going.”

She added that she knows it’s not ‘her property’ at the end of the day but that with the housing crisis it’s no doubt going to leave people without homes to go to. “We were hoping that maybe the Duchy of Cornwall might look into buying some more property here like it has in the past but really we don’t know what’s going to happen yet,” she continued.

The house is within an estate of 6,000-acre which extends into the neighbouring villages of Tideford, Trerulefoot and Polbathic. In the 18th and 19th centuries, the Eliot family invested substantially in the estate by building farmhouses, fishermen’s cottages and other homes throughout the land. Many of these properties remain part of the estate to this day and are rented out to local residents and friends of the family.

Another affected tenant said they were being “turfed out” after 13 years and were “heartbroken” as a result. A third said they were struggling to find a property with the ongoing housing crisis, and having pets which makes finding a property even more challenging in the current climate.