As far as we know they didn't use John Lewis furniture inside... 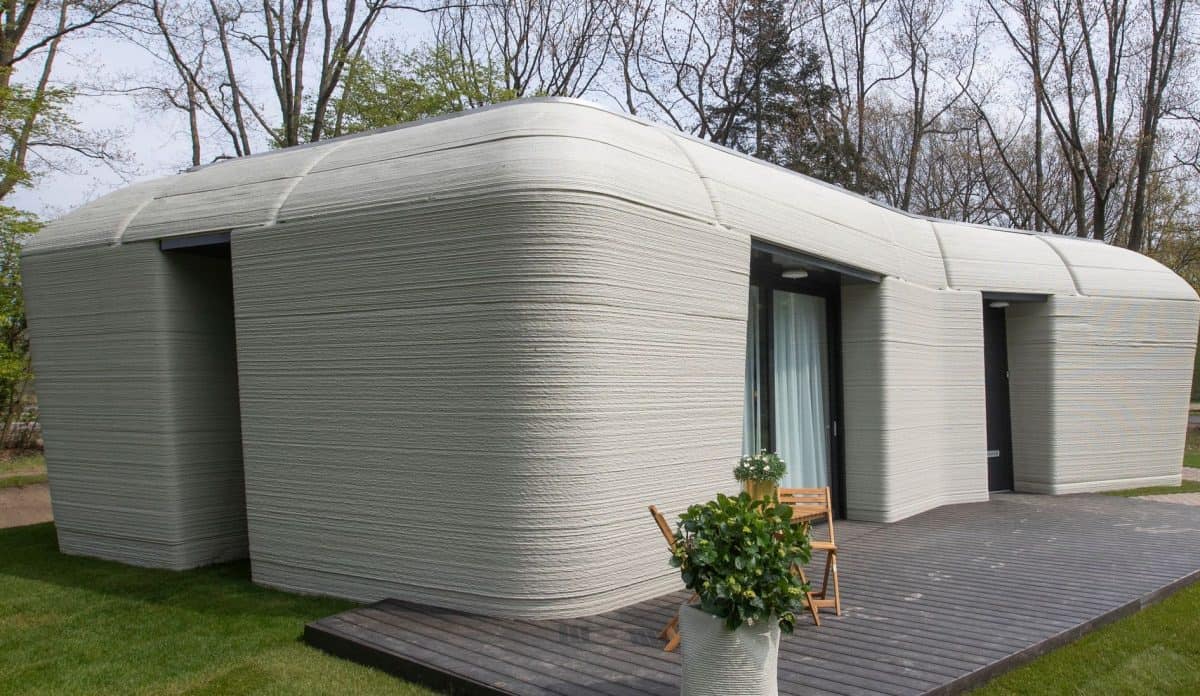 Elize Lutz and Harrie Dekkers’ new home is a 94-square metre two-bedroom bungalow that resembles a boulder with windows.

The curving lines of its grey concrete walls look and feel natural, but they are at the cutting edge of housing construction technology in the Netherlands and around the world – they were 3D printed at a nearby factory.

“It’s special. It’s a form that’s unusual, and when I saw it for the first time, it reminds me of something you knew when you were young,” Ms Lutz said. She will rent the house with Mr Dekkers for six months for 800 euros (£695) per month. A lot cheaper than the £840-a-roll wallpaper that the PM has been accused of spending on his flat refurb on Downing street.

For now, the house looks strange with its layers of printed concrete clearly visible — and even a few places where printing problems caused imperfections.

In the future, as the Netherlands seeks ways to tackle a chronic housing shortage, such construction could become commonplace. The country needs to build hundreds of thousands of new homes this decade to accommodate a growing population.

Theo Salet, a professor at Eindhoven’s Technical University, is working in 3D printing, also known as additive manufacturing, to find ways of making concrete construction more sustainable. He figures houses can be 3D printed in the future using 30% less material.

“Why? The answer is sustainability,” he said. “And the first way to do that is by cutting down the amount of concrete that we use.”

He said 3D printing can deposit the material only where you need it.

Fittingly, the new house is in Eindhoven, a city that markets itself as a centre of innovation.

The home is made up of 24 concrete elements “printed” by a machine that squirts layer upon layer of concrete at a factory before being trucked to a neighbourhood of other new homes. There, the finishing touches — including a roof — were added.

The layers give a ribbed texture to its walls, inside and out. The house complies with all Dutch construction codes and the printing process took just 120 hours.

The home is the product of collaboration between city hall, Eindhoven’s Technical University and construction companies, called Project Milestone.

They are planning to build five houses, honing their techniques with each one. Future homes will have more than one floor.

The process uses concrete the consistency of toothpaste, Mr Salet said, to ensure it is strong enough to build with but also wet enough so the layers stick to another. The printed elements are hollow and filled with insulation material.

The hope is that such homes, which are quicker to build than traditional houses and use less concrete, could become a factor in solving housing shortages in a nation with a population of 17.4 million people and rising.

In a report this month, the Netherlands Environmental Assessment Agency said education and innovation can spur the construction industry in the long term, but other measures are needed to tackle Dutch housing shortages, including reforming zoning.

Mr Salet believes 3D printing can help by digitising the design and production of houses.

“If you ask me, ‘will we build one million of the houses, as you see here?’, the answer is no. But will we use this technology as part of other houses combined with wooden structures? Combined with other materials? Then my answer is yes,” he said.

Mr Dekkers has already noticed great acoustics in the home even when he is just playing music on his phone. And when he is not listening to music, he enjoys the silence that the insulated walls provide.

“It gives a very good feel, because if you’re inside you don’t hear anything from outside,” he said.