"How about we don’t buy a new royal yacht and we give NHS England more than 1% pay rise?" 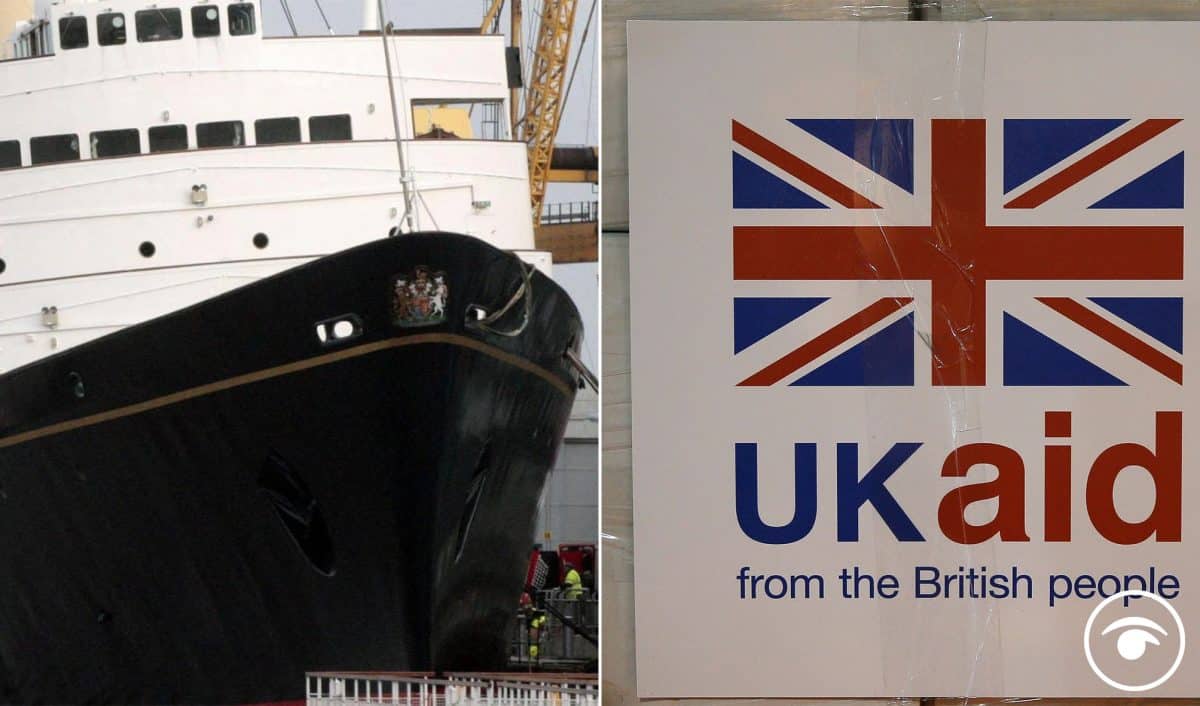 A new royal yacht is to be commissioned by the government and named after Prince Philip, according to reports. It comes as Unicef will have its UK funding cut by around 60%, the United Nations agency said as it warned the world’s most vulnerable children will “suffer the consequences” of the Government’s move.

The new ship would be a successor to HMY Britannia, which was decommissioned in 1997.

The Daily Telegraph reports that the new yacht will be announced by Boris Johnson “within weeks”.

The cost of building the vessel could be as much as £200m.

Downing Street has not denied the reports, with a spokesperson saying: “The prime minister has an exciting vision for shipbuilding in this country and is committed to making the UK a shipbuilding superpower.

“We are always looking for new ways to promote global Britain around the world, driving investment back to the UK and delivering value for money for the British people.”

Conservative MP Craig Mckinlay said: “A new national flagship proudly bearing the name of Prince Philip can be no better memorial to this much-loved and respected man.

“I am delighted that the years of effort to prove to ministers the value of such a vessel to our country’s global brand is now on the brink of becoming reality.

“My latest joint letter signed by fellow MPs and peers may have helped get this project over the line. I am overjoyed.”

The UN children’s fund said on Saturday it was “deeply concerned” by the decision as it urged ministers to restore overseas aid funding by the end of the year at the latest.

It is the latest cut to emerge from the Government’s decision to break its manifesto commitment to maintain spending at 0.7% of national income by slashing it to 0.5%.

Facing widespread criticism, Boris Johnson this week insisted spending would increase when it is “fiscally prudent to do so” as he said the coronavirus pandemic means it is necessary to “economise”.

Unicef urged the Prime Minister to reinstate the 0.7% commitment by the end of the year “at the latest” as it revealed funding for the agency this year would reduce to £16 million, down from £40 million.

“Any cuts to these funds will have serious consequences for children,” the agency said in a statement.

“It is too soon to know the full impact that this and future UK funding cuts will have on Unicef programmes. However, we worry that children living in some of the world’s worst crises and conflicts will suffer the consequences.”

Other funding cuts to have trickled out include an 85% reduction to the UN sexual and reproductive health agency, which it branded “devastating” for women, girls and their families around the world.

A leaked memo has suggested that the UK will slash bilateral funding for overseas water, sanitation and hygiene projects by more than 80% – a move WaterAid described as “savage”.

And a report by media outlet Devex said ministers are planning to reduce funding for polio eradication by 95%.

I absolutely do not support the Tories spending £200 million on a new Royal Yacht named HMY Duke of Edinburgh when just a couple of months ago the Government said they couldn't afford to feed hungry children.

How about we don’t buy a new royal yacht and we give NHS England more than 1% pay rise? ??‍♀️

Ah now I get it! Cut foreign aid to the likes of UNICEF so they build an effing Royal Yacht! https://t.co/bJRxizz4No

The Telegraph reports that Boris Johnson is set to announce that a new £200m royal yacht, named after Prince Philip, will be commissioned. Our recent survey found Britons oppose such a move by 47% to 29% https://t.co/Cw9lAWO5in

Why’s a £200 million royal yacht being built during a pandemic?

Related: Tide turning? Labour 1% behind in one poll as Tories slide and PM’s approval rating falls in separate survey