Berlin’s city government decided on Tuesday to freeze rents for five years, heeding complaints from residents that their once famously affordable city was pricing them out. For decades after German unification in 1990, the capital was a magnet for artists, musicians and students drawn by housing far cheaper than in other major European cities – […] 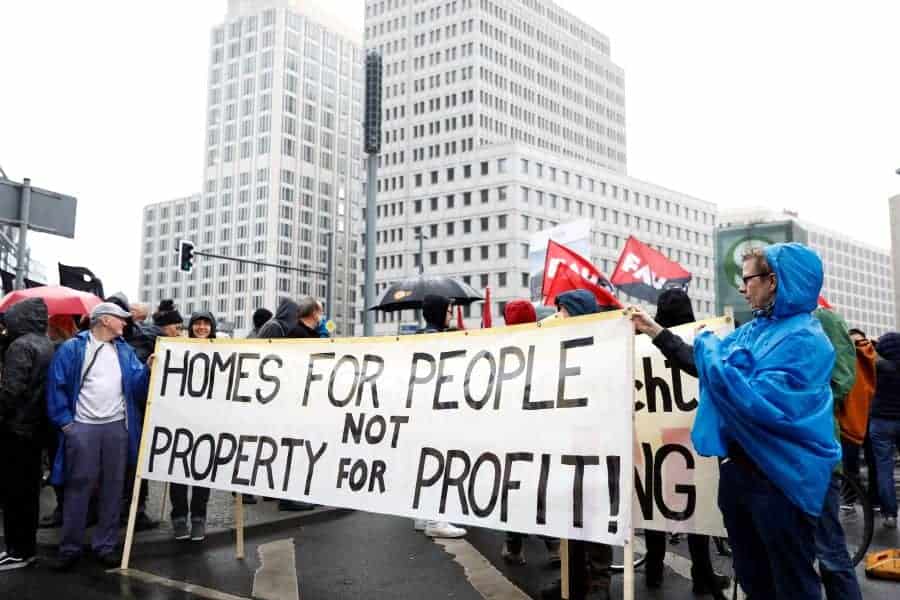 Berlin’s city government decided on Tuesday to freeze rents for five years, heeding complaints from residents that their once famously affordable city was pricing them out.

For decades after German unification in 1990, the capital was a magnet for artists, musicians and students drawn by housing far cheaper than in other major European cities – partly the legacy of Berlin’s decades marooned inside Communist East Germany as a mere satellite of the capitalist West’s economy.

But around 40,000 people a year have moved to Berlin in the last decade, and rents have more than doubled since 2008, according to a study by the online housing portal immowelt.de. A record influx of refugees in 2015 has not helped.

Some 85 percent of Berliners rent their homes rather than owning them. Proposals to help them had ranged from expropriating large property owners to speeding up affordable housing projects.

The Senate will prepare a bill to be sent to the city’s parliament by Oct. 15. It is intended to take effect in January.

Even though rents have risen, they are still cheap compared with London or Paris. A two-bedroom apartment in Berlin’s trendy Prenzlauer Berg neighbourhood costs about 1,500 euros (£1,341) a month, about half the cost of a similar flat in London’s Primrose Hill.

Shares in some property companies with large portfolios in Berlin fell after Tuesday’s announcement. Grand City Properties was trading some 0.8% lower and Deutsche Wohnen fell by 1.25%.

Analysts said the rent freeze advocated by the centre-left Social Democrats (SPD), who govern Berlin with the Greens and hard-left Die Linke, could worsen Germany’s housing crisis as it would scare off real estate investors eager to build in urban centres.

Germany needs to build at least 350,000 new homes every year to ease the shortage of affordable housing, which is mainly plaguing urban centres like Berlin, Hamburg, Munich and Frankfurt.

But only 285,900 new dwellings were built last year. Analysts said the government should cut bureaucracy for builders and prod local authorities to make more land available for housing to have a chance of meeting its target of 375,000 units a year.

“There is no perfect solution. Many people want to live in sought-after central city areas that have limited space on offer,” DZ Bank AG said in a research note. “Less helpful are attacks on the market like rent freezes. This spooks investors and makes new (housing) projects unattractive.”

The Social Democrats have even raised the idea of introducing a national rent freeze, a popular idea in a country – the most populous in the European Union – where most people rent and only 46% are homeowners.

Activists in Bavaria determined to introduced a rent freeze in the wealthy southern state, where rents in the capital Munich are higher than in Berlin, have recruited jurists to advise them on how to force a referendum on the issue.

Speaking to investors in Frankfurt on Tuesday, Deutsche Wohnen chief Michael Zahn dismissed as “populism” a campaign by activists to expropriate the 110,000 units his company rents in Berlin.

“The units we have on offer have little to do with luxury,” he said. “We are talking about average quality, which is affordable. But I understand that some households cannot afford market prices.”

He did not say if Deutsche Wohnen, the largest private landlord in the German capital, would launch a legal challenge against the Berlin Senate’s rent freeze in the city.

On the street outside the building where Zahn addressed investors, activists dressed as ghosts held placards reading: “If you speculate, you lose” and “Stop this rent madness.”