House-hunters who want a property fit for a king have got the chance to buy their very own CASTLE for £1.5 million – which also comes with the title of Lord and Lady. Wilton Castle in Herefordshire is located on the bank of the River Wye, in the heart of the Wye Valley. The […]

by Clair Hart
in I Want To Live In..., Property 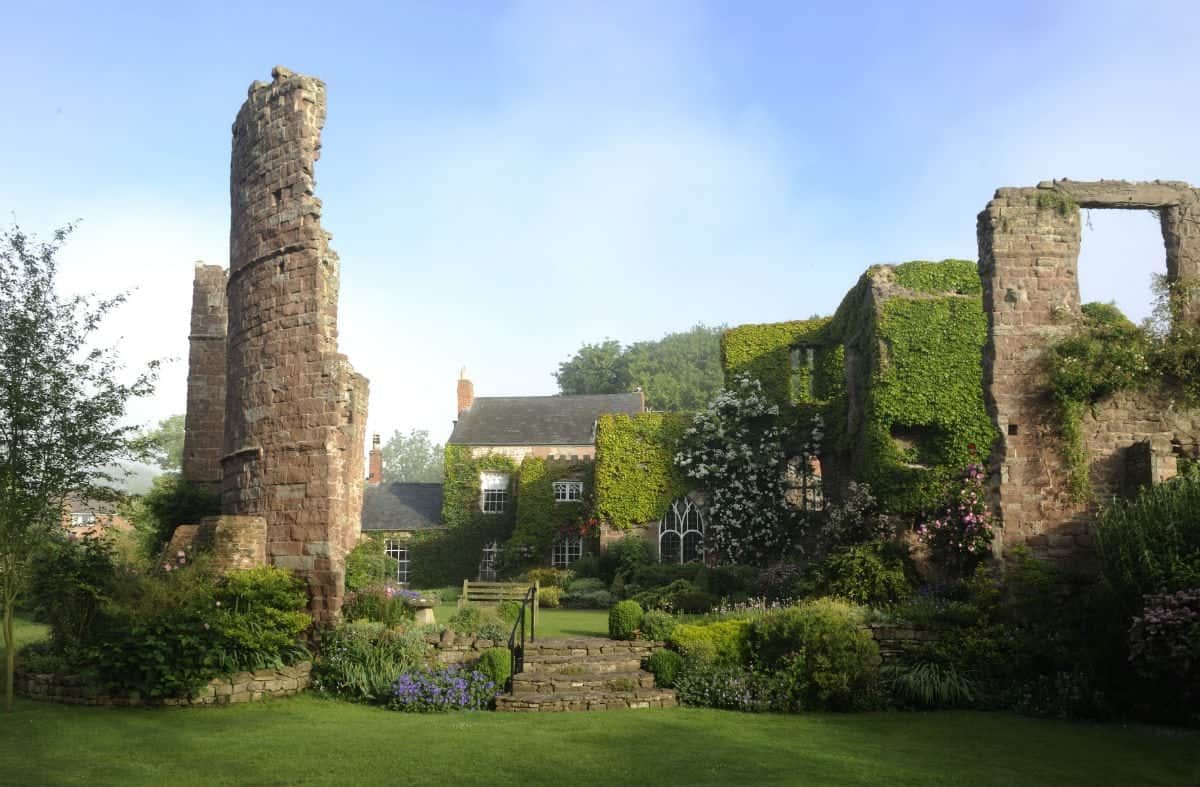 House-hunters who want a property fit for a king have got the chance to buy their very own CASTLE for £1.5 million – which also comes with the title of Lord and Lady.

Wilton Castle in Herefordshire is located on the bank of the River Wye, in the heart of the Wye Valley.

The purchase of the castle also comes with the chance to be known as Lord or Lady of Wilton Castle.

Originally the dramatic motte-and-bailey castle was built to guard the river crossing and protect the border and acted as a base for soldiers for 300 years.

A Tudor manor house was built from parts of the castle walls in the 16th century but was later destroyed in a civil war.

Guy’s Hospital purchased the castle in 1731, which owned it for 230 years before a private buyer bought it in 1961.

It features elements of Norman, Elizabethan, Georgian and Victorian architecture as well as the romantic ruins of the five-bedroom Tudor manor house.

The current owners Alan Parslow, 75, and Susan, 71, bought the Grade I listed castle for just under £500,000 in 2002 and have spent the last ten years lovingly restoring it.

They described it as a “historic paradise” but say they are now looking to downsize to be closer to family.

Mrs Parslow said: “For the first five years it was unlivable.

“The rampart walls were dangerous – mountains of rubble. You couldn’t get upstairs and we had to wear hard hats everywhere.

“Alan could see the potential. He used to be a builder and a farmer, and is good at juggling money.

“We also had a massive grant from English Heritage. And lastly, our builders had just finished work on Wells Cathedral, so they really knew what they were doing.”

The couple have had the castle on the market for over a year but are hopeful of finding a suitable buyer soon.

Mrs Parslow added: “We will be very sad to leave. But we need to be near our children.”

It was first the residence of a Norman family, the De Longchamps. After three generations it passed by marriage to the De Grey family, who were to be there for 300 years.

By the 16th Century the military importance of the castle had diminished, and a manor house was built in the grounds by Sir John Brydges, Lieutenant of the Tower of London.

The property is advertised with two estate agents, Jackson-Stops and Andrew with a price tag of £1.495 million and comes with the option to buy the title “the Lord of Wilton Castle”.

Due to an agreement with English Heritage, the castle must be shared with the public for 28 days of the year, but this is due to expire imminently and from then on would be a private residence only.

The converted manor house boasts a large reception room as well as a study and former chapel and on the first-floor, there is the characterful addition of exposed stonework.

Outside a private driveway leads to a parking area alongside stables and visitor facilities.