A family has been left devastated after a fire caused by a tumble dryer ripped through their home destroying everything and killing their pet cats. Alan Beal and partner Nikki Coop, both 35, were not contents insured and believe they have “lost 99 per cent” of their belongings in the horror blaze. The fire […] 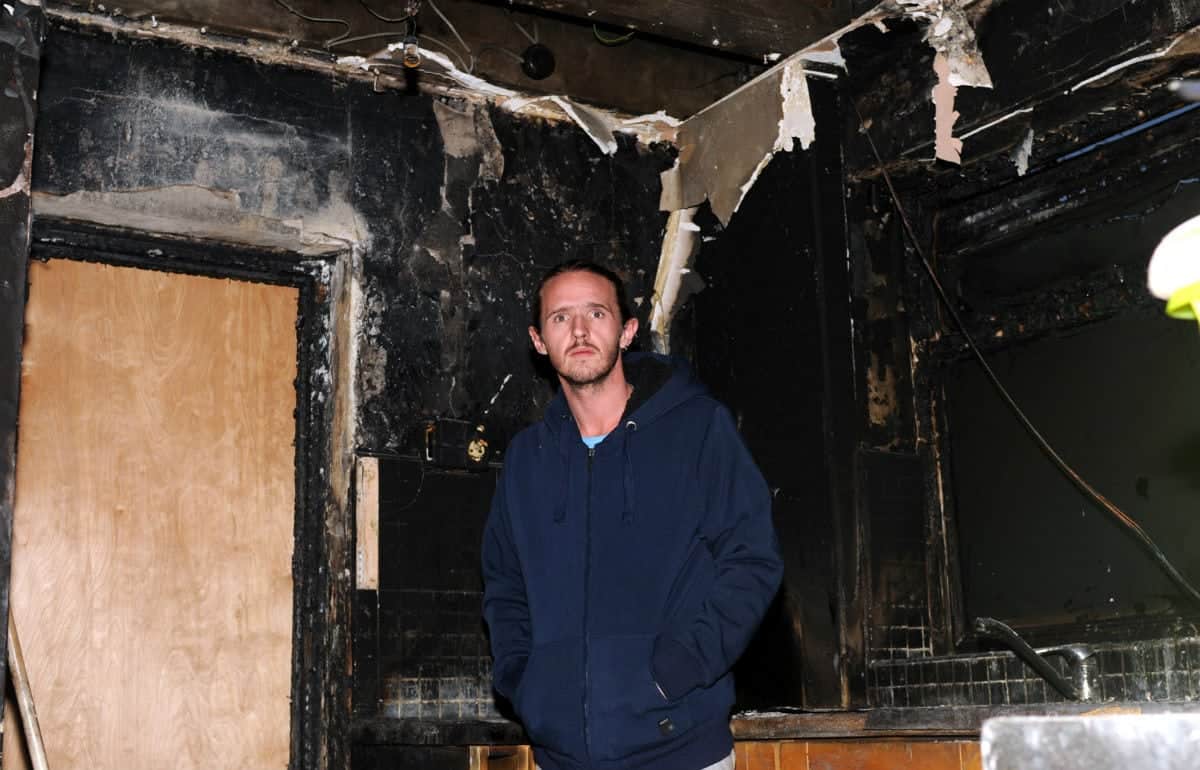 A family has been left devastated after a fire caused by a tumble dryer ripped through their home destroying everything and killing their pet cats.

Alan Beal and partner Nikki Coop, both 35, were not contents insured and believe they have “lost 99 per cent” of their belongings in the horror blaze.

The fire happened while no one was home, and is believed to have been sparked by a faulty 10-year-old tumble dryer.

Alan had loaded the dryer while he, four-year-old daughter Ruby and son Lucas, 10, made a quick trip to the nearby Asda supermarket to buy food for their evening meal.

When he returned he found the house ablaze and the fire service at the property after a neighbour had called.

He tried to shield Ruby and Lucas from the distressing scene and took them to his in-laws home, on the opposite side of the street.

Mr Beal, who works for Tesco Mobile, then made a desperate bid to save his cats Smokey and Fluffy from the burning house.

He said: “I tried to get into the house to save the cats but I couldn’t get in.

“I had to try, but the smoke was too thick, within two feet of getting in the door I couldn’t see or breathe.”

“Personally, that’s the worst thing, that’s what hurts the most. I had a bad injury a few years ago and that was when we got the older cat, Smokey.

“I couldn’t move, I was off work for three or four months and she looked after me.

“Emotionally, the burying of the cats on Sunday morning was the hardest, because it was so fresh.

“The fire service were really good and wrapped them in blankets and put them out the back.

“First thing Sunday morning, I went and buried them.”

And Mr Beal, from Bolton, Lancs., added that, despite his efforts to protect his daughter from the harrowing sight, little Ruby had seen him attempting to get into the house.

He said: “They didn’t see a lot but my daughter has admitted seeing me trying to get into the house and was scared I was going to die.”

“Nikki is pretty shaken up, it’s hard. She is struggling. We are taking it as best as we can, sometimes it’s easier than others. It’s really hard, I can’t explain.

“I’m really up and down, I just break into tears and try to get on with it and sort out what’s salvageable and what isn’t.

“So far I’ve salvaged about five items and I’m not even sure they’re worth salvaging.” 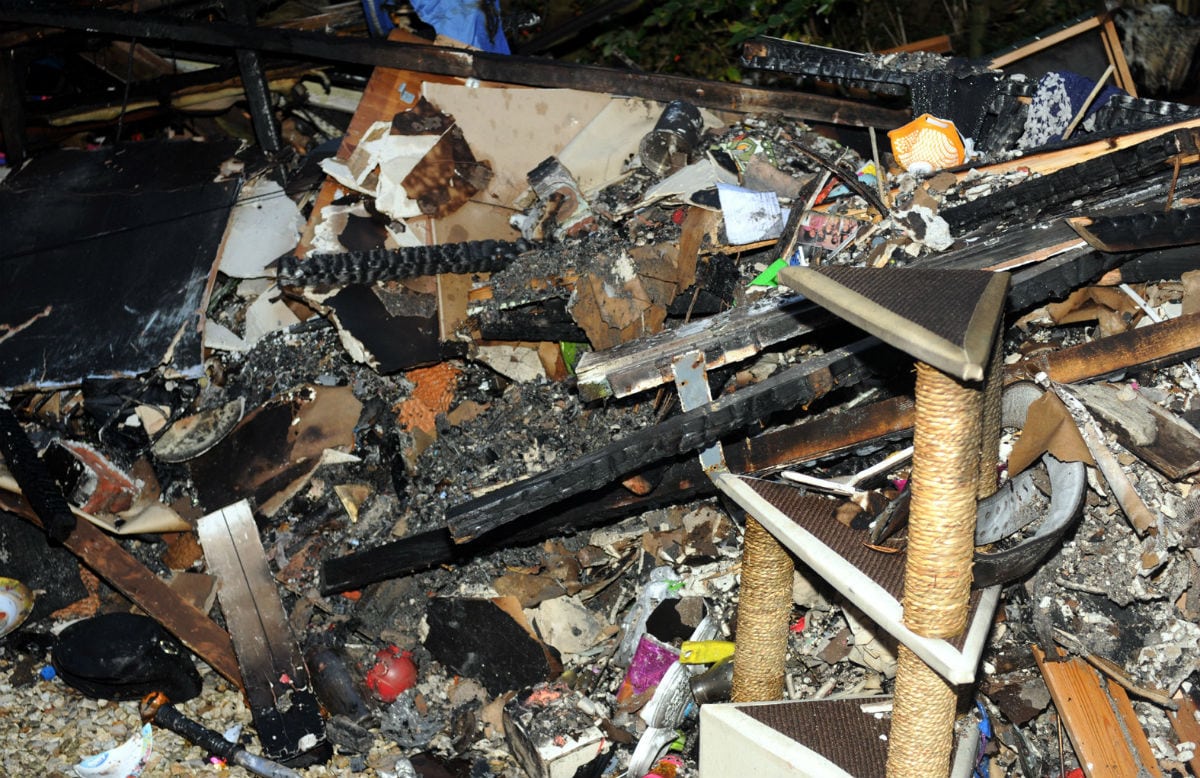 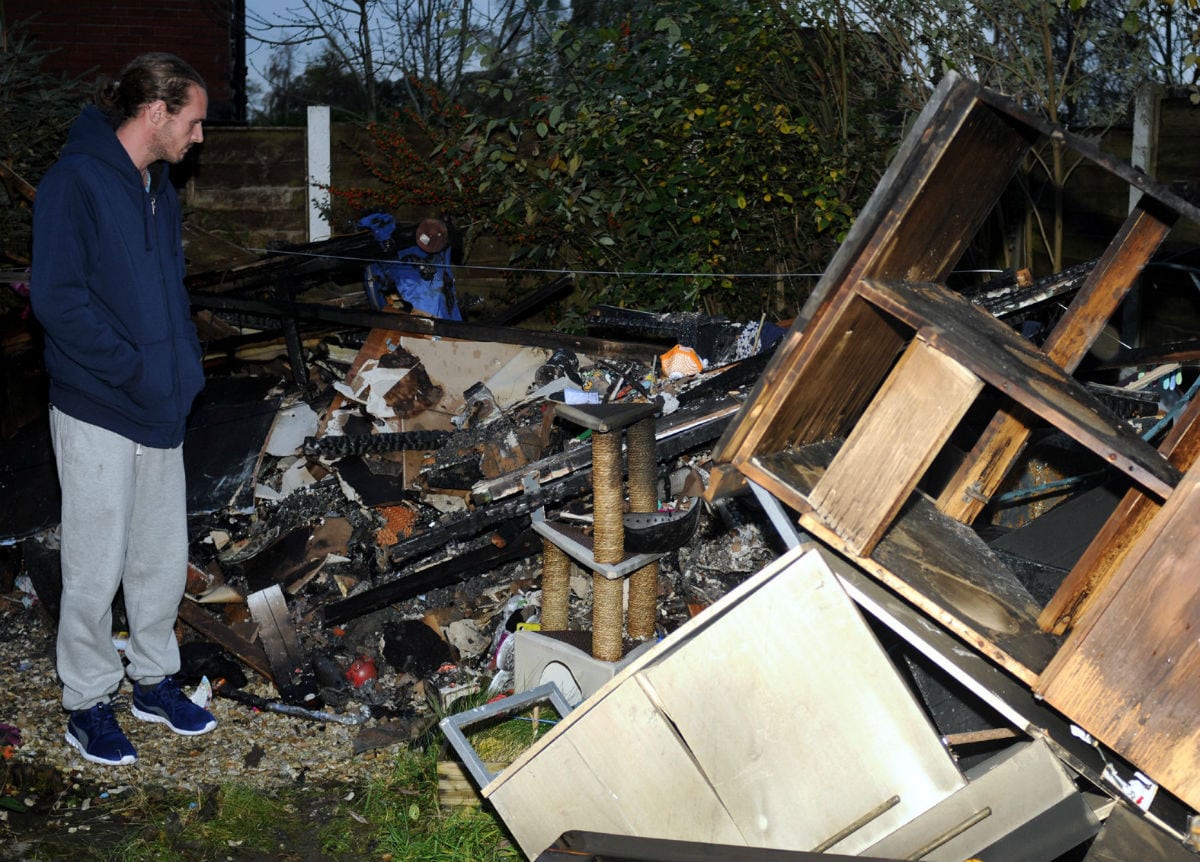 And as well as the emotional impact of the fire, the family is also counting the cost of the damage to their home and possessions.

Mr Beal continued: “We have lost everything, we were not contents insured, so we have lost pretty much everything in the house.

“I can’t even put a financial figure on it at this point.

“99 per cent of the contents are just ruined, things in boxes and drawers are the only things that weren’t damaged – all our clothes, all my daughter and son’s toys have been ruined by the smoke and heat.”

But the family has been able to draw some comfort from the kindness of their community, friends and colleagues, who are doing what they can to get them back on their feet.

The dad-of-three said: “The community and my work have been really good and my long-time mate has been here helping me sort stuff out. We’ve had so much support it’s been really good.

“I went to the Premier shop in Rochdale Road to buy a bottle of wine to go with the steak dinner we were meant to have had on Saturday. The shopkeeper handed me a wad of cash, I thought it would be about £40, but it was £320.”

Mr Beal’s sister Karla has also set up an online fundraising page which has already attracted more than £1,100 in donations.