It comes as over half a million people sign up to the Enough is Enough campaign to redress the cost of living crisis. 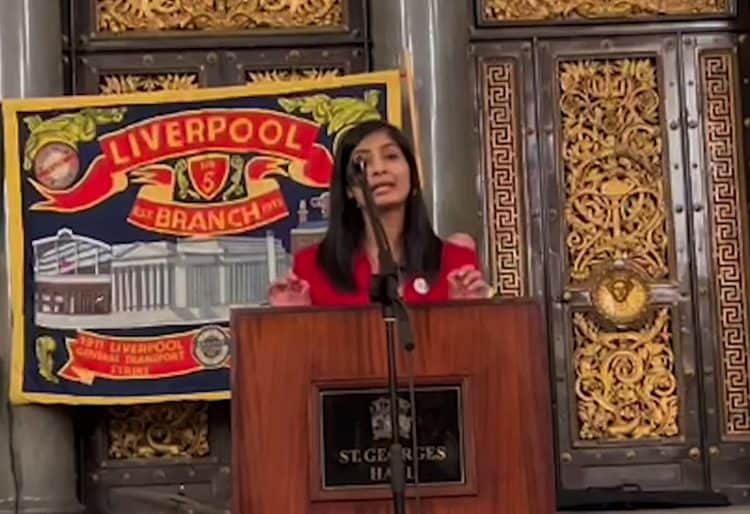 Zarah Sultana directed the focus of her ire on the “greedy f***ers” who have “hoarded all the wealth” during an impassioned speech at an Enough is Enough rally.

The Labour MP spoke in Liverpool as momentum behind the campaign for a fairer deal for millions of Brits gathered pace.

A crowd of around 1,000 gathered in Liverpool’s St George’s Hall to campaign against the cost-of-living crisis which is set to plunge people across the country into financial turmoil.

Addressing the large crowd, Sultana said: “Our demands aren’t radical. Enough is Enough is popular because we’re talking to people and have real community organisations shaping our campaign.

“We’re not telling communities, they’re with us and developing the policy. Ian and I see our jobs as advancing the cause of working people. We take that incredible seriously.”

She also used her platform to criticise the “12 years of Tory austerity and the huge shift of wealth and power to a small group of people”, saying the crisis we have “isn’t because there’s not enough wealth, it’s because those greedy f***ers have hoarded all the wealth”.