“After all that struggle and all the sacrifice”, the UK is now in danger of losing our community as a United Kingdom, he said. 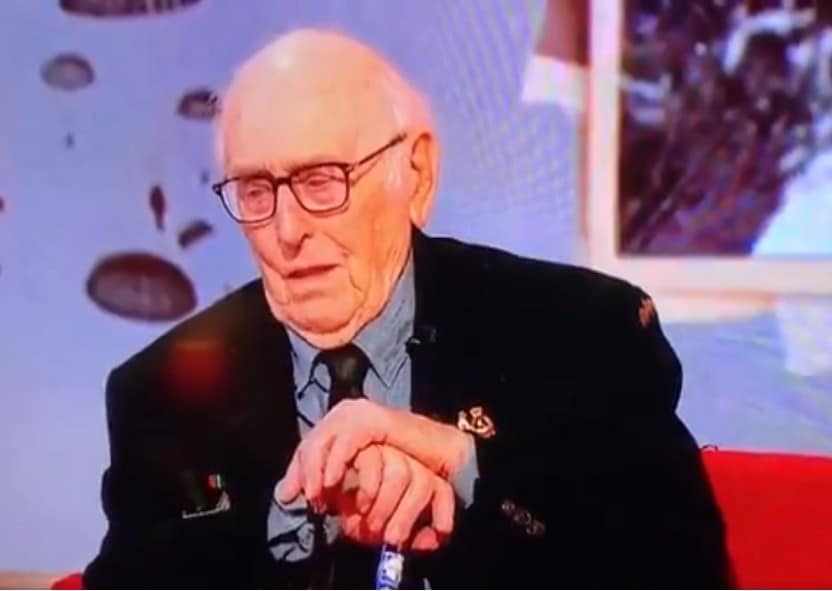 A World War II veteran said Brexit is “breaking his heart” in an impassioned speech on the day of his hundredth birthday.

Victor Gregg, a former paratrooper, gave an impromptu indictment of the process during an interview with Dan Walker on BBC Breakfast.

It makes me want to cry to think about it

He said: “I wish everybody well. I wish the world well.

“It’s breaking my heart, what’s happening. It really is, after all that struggle and all the sacrifice.

“And to see how we’re even in danger of losing our community as a united kingdom.

“It makes me want to cry to think about it.

“Thinking that we should go it alone. We can’t.

“But there you are, that’s only an old geezer talking.”

Paratrooper, Victor Greg, was caught by the enemy and became a prisoner of war; sentenced to death in Dresden for attempting to escape. He's 100 today.

Let's hear what he thinks about Brexit, shall we? pic.twitter.com/xBKnMEI4FO

Biggest indictment of the Brexit campaign yet

The unexpected moment has had a huge response on social media and comment boards.

“To all the Brexit supporters using past wars and war veterans as their totem for why we should leave the EU, they don’t want it,” said Twitter user Stephen McKnight.

Twitter user Paul Johnson said: “Without being prompted in any way Victor made the biggest indictment of the brexit campaign yet. He fought to bring Europe together not to isolate a broken UK.

But not everyone had the same reaction.

Robert Sandel said: “Don’t think that it’s Brexit breaking his heart. It’s the lack of it?”

Sam McCarthy said his veteran granddad “would never have bowed his head to the Germans or the French … what utter tripe”.