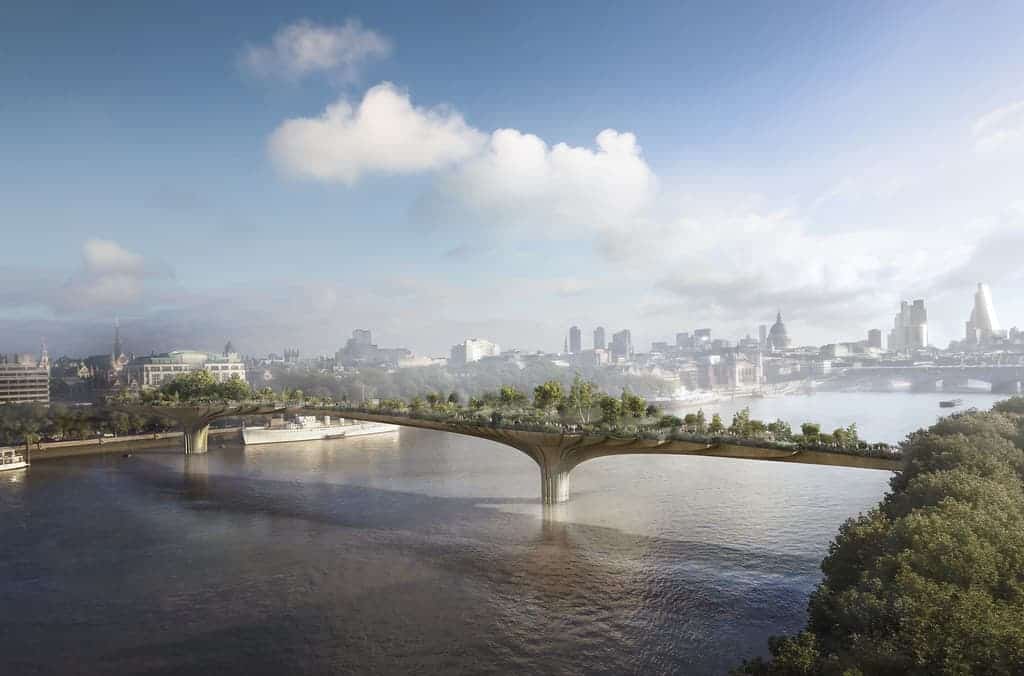 Prime Minister Boris Johnson has been slammed for failings around the London Garden Bridge project, with a cross-party report calling it an “appalling waste of public money”.

The London Assembly has put responsibility directly at the former Mayor’s door after plans sunk at a cost of £43 million to the taxpayer.

The report claimed he continued to push his “pet project” in the face of financial problems, and ultimately contributed to its failure.

Initially planned to open this year the tree-lined pedestrian bridge would have spanned the Thames between Temple Station and the Southbank.

But from 2014 onwards a series of reports raised concerns about the financial viability of the bridge, and in 2017 current Mayor Sadiq Khan cancelled the project.

Now the London Assembly has said the Prime Minister, the Garden Bridge Trust and Transport for London (TfL) are all responsible for the bridge’s failure.

It found the trust took “increasingly reckless” financial decisions which jeopardised its plans and also that it signed a construction contract without fully securing the land to build the bridge, or the necessary planning consents.

Despite this, Mr Johnson removed obstacles to ensure the project went ahead, according to the Assembly.

“Across all key decision-making organisations, there were consistent failures to adequately, effectively and transparently deal with the escalating risks of the project.

“It is unacceptable that these risks were being downplayed by Transport for London, in order to fulfil the former Mayor, Boris Johnson’s, pet project.”

He added: “Squandering taxpayers’ money on doomed large-scale infrastructure projects is not acceptable and I hope this report goes some way to ensuring that those responsible change their high-handed attitudes and learn from their stupid mistakes.”

But Downing Street said the current Mayor Sadiq Khan is responsible for scrapping the bridge, and accused the Assembly of trying to score political points.

A TfL spokesperson said: “We welcome the report by the London Assembly Garden Bridge Working Group on the learnings of the Garden Bridge project.

“We will review the report and respond to the recommendations for TfL in due course.”