The foreign secretary belatedly threw her weight behind Johnson as the Partygate scandal rolls on. 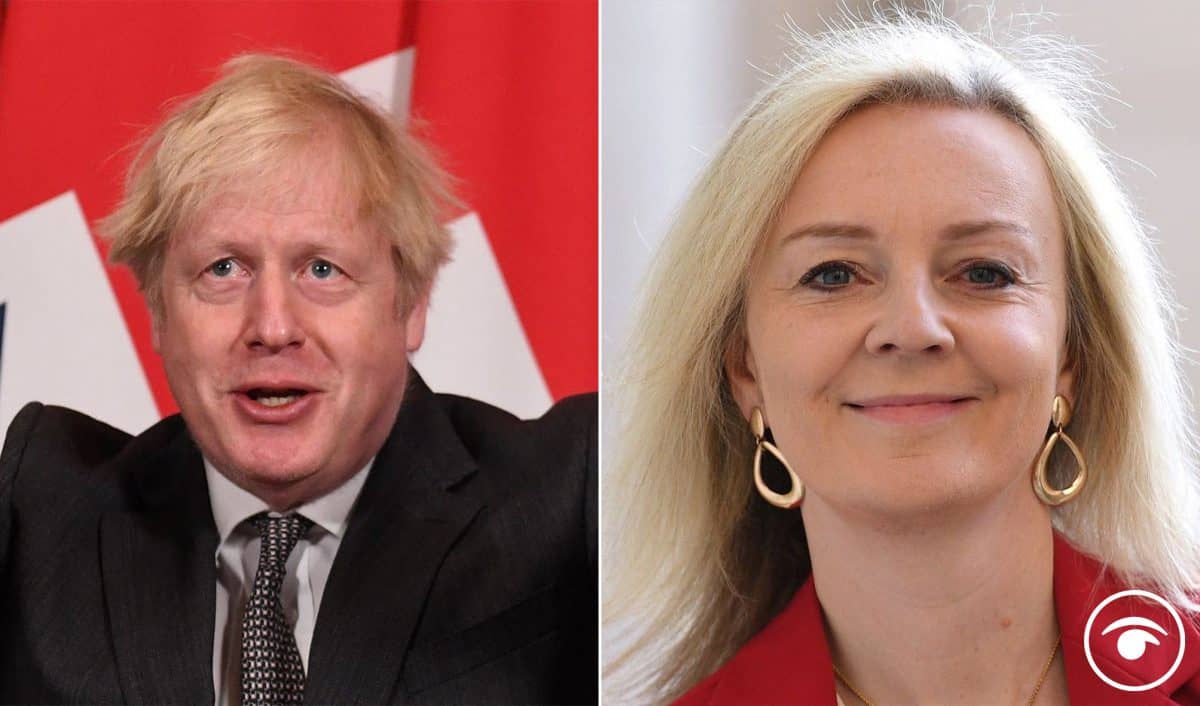 Liz Truss has been hammered on social media after belatedly showing her support for Boris Johnson.

The foreign secretary, who is currently leading Brexit talks with the EU, reacted after the prime minister apologised for attending a Downing Street party in May 2020, in the midst of the UK’s first national lockdown.

She told the BBC: “The prime minister did apologise for mistakes that have been made, we have the inquiry taking place by Sue Gray.”

She added: “I do think we need to look at the overall position we are in as a country, the fact that he has delivered Brexit, that we are recovering from Covid. We have one of the fastest growing economies now in the G7 and we are delivering the booster programme.

“He has apologised and we now need to move on and talk about how we are going to sort out issues I’ve spent the last 24 hours with the EU, talking about sorting out the situation for the people of Northern Ireland and we now need to get on with that.”

Earlier this week, she tweeted: “The prime minister is delivering for Britain – from Brexit to the booster programme to economic growth.

“I stand behind the prime minister 100 per cent as he takes our country forward.”

People were quick to react. One Twitter user said “everyone who attended the funeral of a loved one on Zoom will take great comfort from this, Liz”.

Meanwhile, Professor Tanja Bueltmann, who campaigns for EU citizens’ rights, addressed Truss saying: “Do you really not grasp how different things are this time? How palpable the anger is even among supporters and Tory voters? Look around.

“So no: the PM is not delivering for Britain. He spat Britain in the face—all our faces—with his contempt for us.”

And political activist Femi Oluwole appeared to suggest Truss will not make political gains from publicly defending Johnson during the scandal. He said: “Moral cowardice and snivelling sycophancy aside… Is this even smart?

“If Johnson goes it’ll because the party realises he’s too unpopular to win an election. So why would a potential replacement want to back him now?”