The chief medical officer was spotted working on Covid wards over Christmas as a deadly strain spread across the south east. 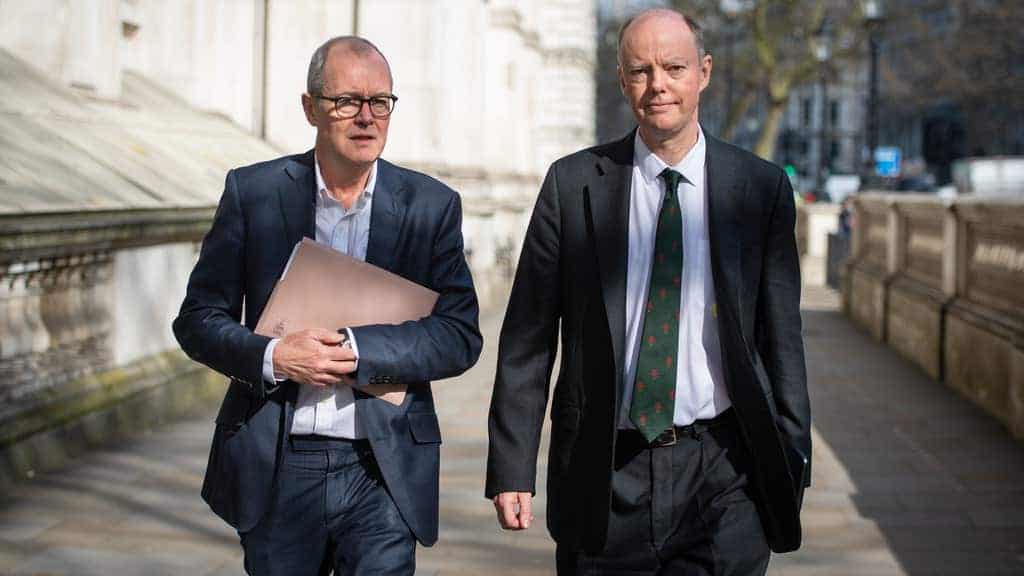 Boris Johnson has backed calls for Professor Chris Whitty to receive a knighthood in recognition of his ‘tireless’ work over the past year.

According to reports in the Mail on Sunday the chief medical officer is likely to be put forward for the honour at the end of this year, once lockdowns are over.

A Cabinet source said: “His job is to be deadpan and he is brilliant at being unflappable. He does tell it as it is.

“He has been a reassuring presence in all different [Government] meetings in which he’s popped up.

“If ever there was anyone who warranted an honour, it is probably Chris Whitty.”

In December, as a deadly second wave spread across the south east, Whitty was spotted working on Covid wards – even over the Christmas weekend.

The consultant physician at University College London Hospitals Trust turned up for shifts on the north London hospital’s respiratory ward as the capital was swamped with new cases.

Ambulances with Covid-19 patients were seen queueing outside hospitals, with footage on social media showing vehicles lined up outside the Royal London Hospital in Whitechapel and Queen’s Hospital in Romford, both in east London.

Meanwhile, there is a growing campaign to also hand a knighthood to Prof Whitty’s deputy, Professor Jonathan Van-Tam, who has become known for his no-nonsense ‘down-the-camera’ advice at TV press conferences.

It has led to a Facebook crusade, set up by football club Boston United, aiming to honour the scientist who hails from the Lincolnshire town. Prof Van-Tam is a fan of the team, and has used football analogies to help explain the vaccine rollout to the public.