George Eustice said there might be “tweaks” required, but claimed the system is "pretty good" already. 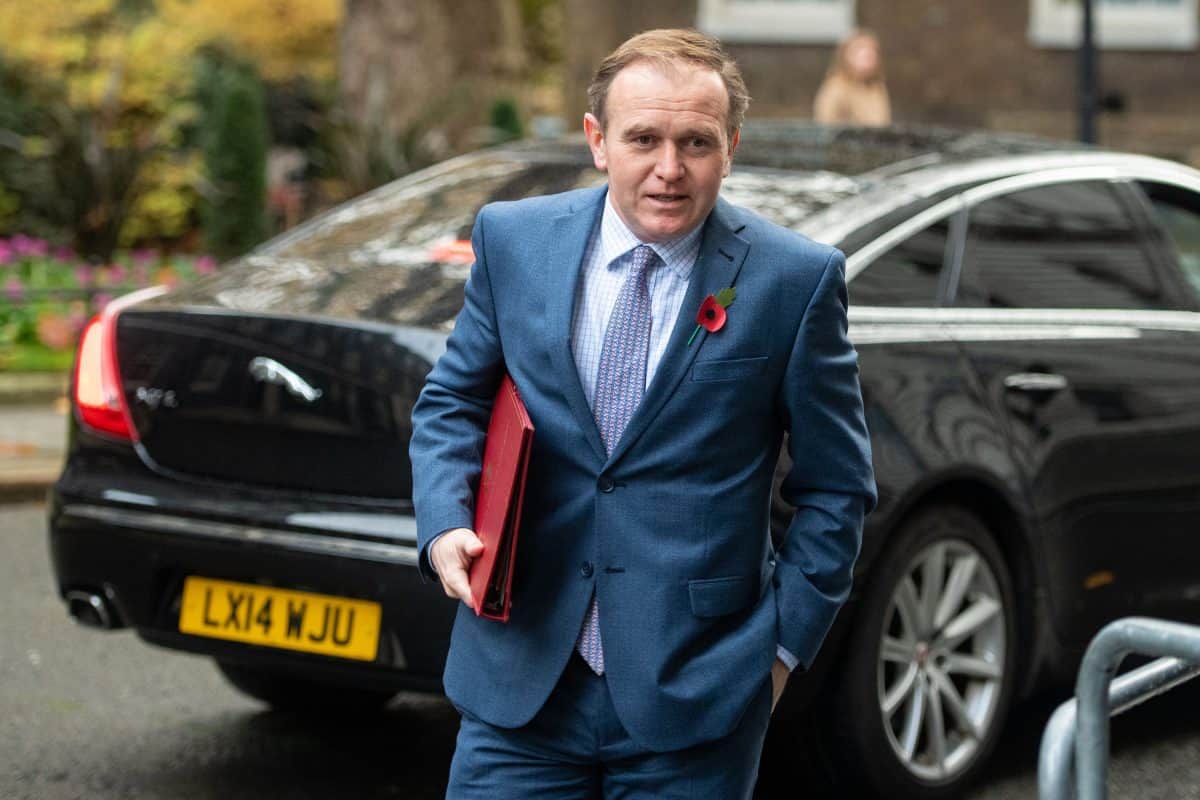 There already exist “some quite robust systems” to deal with lobbying, a senior minister has claimed, despite the raging Greensill Capital scandal.

A series of probes have been commissioned, including by Downing Street, as Westminster looks to understand the role former prime minister David Cameron played in securing Whitehall access for Greensill, which was selected as an intermediary lender for some government Covid-19 support loans at the start of the pandemic – and whose collapse now risks thousands of jobs, particularly in the steel sector.

The saga deepened last week after it emerged the former head of government procurement, Bill Crothers, took a part-time position with the failed firm while still in his Whitehall post.

But while Environment Secretary George Eustice said there might be “tweaks” required following the review into Greensill by No 10, the Cabinet Secretary and parliamentary committees, he argued the system is already “pretty good”.

Eustice, who also defended Cameron’s actions, told the BBC’s Andrew Marr Show: “What I am saying is that we have already got some quite robust systems in place and the principle one is the ministerial code – it is about how ministers conduct themselves based on the people they have talked to.

“So, we should be worried less about who they have talked to, worried much more about ‘are they unduly influenced by individuals?’

Environment Secretary George Eustice says there is "nothing wrong" with ministers having financial interests in companies as long as they have 'no role in any procurement decisions'.#Ridge: https://t.co/jC2xzcMCbv pic.twitter.com/CkUIh9wbJf

But Labour accused the government of failing to understand the extent of the controversy if ministers thought only “tweaks” were required to the current lobbying rules.

Shadow chancellor of the Duchy of Lancaster Rachel Reeves said: “Having failed to deflect the blame, the government’s latest approach appears to be to shrug their shoulders and say, ‘Scandal? What scandal?’.

“We don’t need the ‘tweaks’ Eustice said they might consider today, we need to tackle Tory sleaze with a full, independent, transparent inquiry – and we need stronger measures to put integrity and honour back into heart of government.”

The controversy over the relationship between government and the private sector follows disclosures that  Cameron personally lobbied Chancellor Rishi Sunak on Greensill’s behalf and was able to arrange for its founder, Lex Greensill, to have a “private drink” with Health Secretary Matt Hancock.

The Sunday Times also reported that  Cameron used a former Cabinet Office contact who has since moved onto a senior NHS position to secure a lucrative health contract, allowing Greensill to roll out its advance payment app, Earnd, to doctors and nurses.

Cameron has admitted to pressing the Treasury for government support for Greensill before its collapse but he “didn’t get anything for it”, Eustice said.

Eustice said the chancellor had “not acted at all improperly” and that  Cameron had “not broken any of the rules”.