As the Conservatives prepare to attack it, here's a useful reminder from Patrick Stewart about what the ECHR was set up to do. 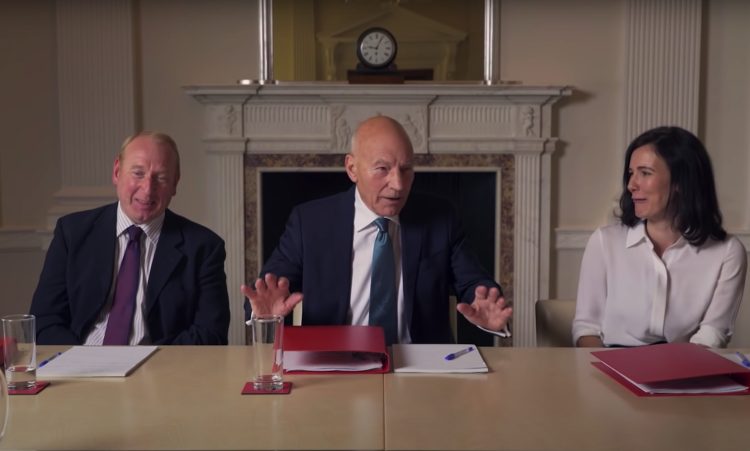 The Conservatives have come out swinging after the European Convention on Human Rights managed to stage a last-gasp intervention to ground a deportation flight to Rwanda.

Thérèse Coffey said the government was “frankly disappointed” in ECHR’s decision after the 200-seater 767 jet was unable to depart as planned.

Talking to Sky News, she said: “I’ve never known such a quick decision made by the ECHR…and I think the public will be surprised we have European judges overruling British judges.”

Boris Johnson has also refused to rule out pulling out of the ECHR – despite previously supporting it.

The PM told broadcasters: “The legal world is very good at picking up ways of trying to stop the Government from upholding what we think is a sensible law.

“Will it be necessary to change some rules to help us as we go along? It very well may be.”

With more legal wrangling to come, Caroline Lucas tweeted that it might be a good time to re-share this sketch featuring Patrick Stewart.

Related: UK would not be in good company if we quit the European Convention on Human Rights