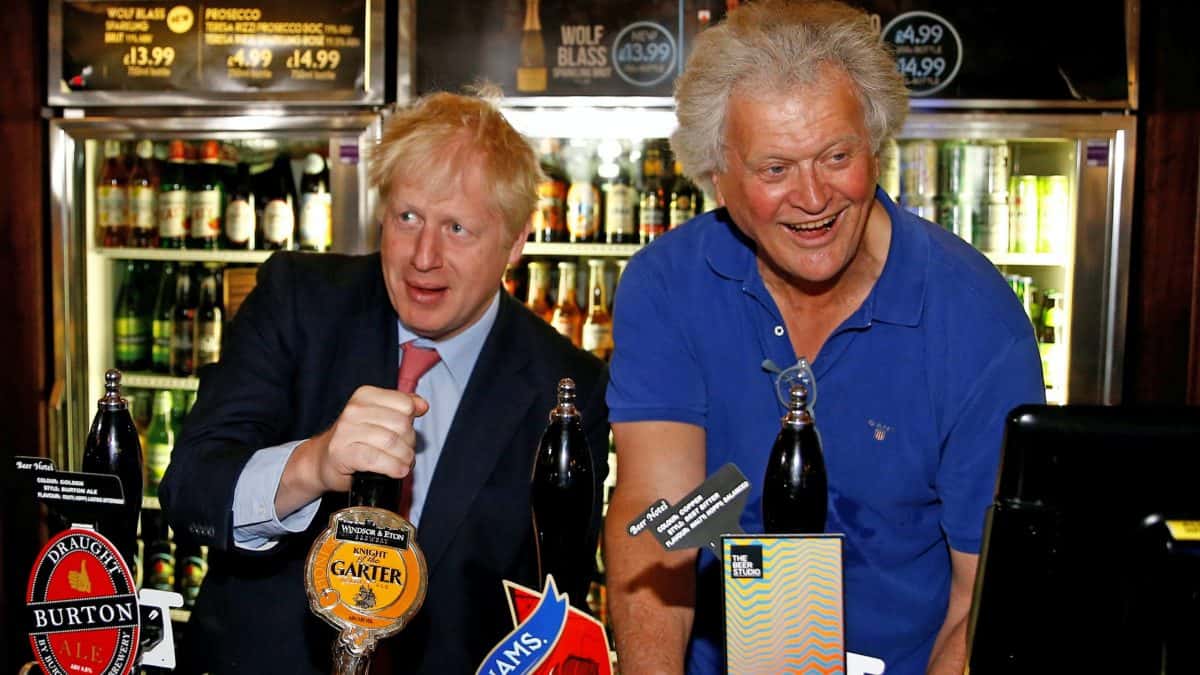 Brexit-backing pub chain Wetherspoons is staring down the barrel of a beer shortage, as it becomes the latest business to deal with supply chain shortages.

Pints of Carling and Coors are reportedly unavailable in some branches, as problems associated with a lack of HGV drivers batter businesses across Britain.

The shortages have hit several retailers and restaurant chains. Nando’s saw a shortage of chickens due to a combination of not enough drivers and fewer staff working in meat factories.

Other delays have also impacted McDonald’s, which said last week it had run out of milkshakes and bottled drinks as it prioritised deliveries of other products in the interim.

Supermarkets and suppliers are struggling to meet demand following an exodus of drivers from EU countries after Brexit, who returned to the continent during the pandemic and remained there.

The UK is believed to be short of 100,000 HGV drivers – and Wetherspoons, owned by vocal Brexit-backer Tim Martin, seems to be paying the price.

A spokesman for the pub chain told Metro: “We are experiencing some supply problems with both Carling and Coors, which means that some pubs do not have the products available.

“We apologise to our customers for any inconvenience caused. We know that the brewers are trying to resolve the issue.’

It appears that #Brexit is screwing over Wetherspoons an' all.

In 2016, Spoons printed 200,000 beer mats urging punters to “take back control”, and Martin has continued to speak out in support of Britain’s divorce from Brussels.

Earlier this year, he called for the government to increase migration from the EU to deal with a shortage of workers in the hospitality sector – despite campaigning to leave the single market and end freedom of movement.

Martin told The Daily Telegraph: “The UK has a low birth rate. A reasonably liberal immigration system controlled by those we have elected, as distinct from the EU system, would be a plus for the economy and the country.

“America, Australia and Singapore have benefitted for many decades from this approach. Immigration combined with democracy works.”

The Wetherspoons chairman has previously warned that remaining in the EU would spark “significant adverse economic consequences” – and labelled those warning of impending economic damage as “doomsayers”.

Arguing in favour of a no-deal Brexit in 2019, Martin said: “I have argued that the UK – and therefore Wetherspoon – will benefit from a free-trade approach, by avoiding a ‘deal’ which involves the payment of £39bn to the EU.”

He even cut the price of some drinks by 20p, in a stunt to show how Brexit would lower costs for boozers.