Cameron is believed to hold shares in a Bermuda-based software company preparing for a New York stock market listing. 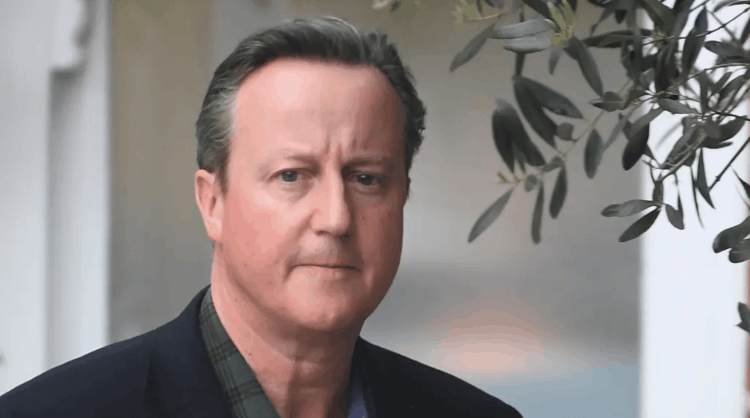 David Cameron is in line for another bumper private sector payday, as one of his employers considers a stock market listing in New York.

The former prime minister has been a chief adviser to to Afiniti, a Bermuda-based software company, since 2019. He is believed to hold shares in it.

Cameron, 54, was an adviser to collapsed lender Greensill Capital – which entered administration earlier this year. According to the BBC Panorama programme, he received around £7.2 million in cash and benefits over two-and-a-half years.

Those with an interest in Afiniti would stand to profit from a successful listing. According to the Daily Mail, Cameron has a small stake – although the precise size was not disclosed.

The former prime minister was appointed to the company’s board two years ago, with responsibility for “curating and overseeing the strategic guidance” from advisers to top executives.

At the time of his appointment, Afiniti said his experience of “leadership through periods of complexity” would be valuable, citing his “personal interest in the potential for artificial intelligence to improve healthcare outcomes, create new growth and jobs, and contribute to wider social and economic prosperity”.

Cameron began his role as an adviser to Greensill in August 2018, just over two years after he resigned as prime minister in July 2016.

The firm’s founder, Lex Greensill, advised the government during Cameron’s time in No 10 but he denied he had been offered a role while in office.

Greensill provided so-called supply chain finance to businesses, which meant the finance firm would pay a company’s invoice immediately after it was sent, cutting out the usual delay which can restrict companies’ cash flows.

The firm was the main financial backer to GFG Alliance – a group of companies controlled by the steel magnate Sanjeev Gupta, which borrowed around five billion dollars from Greensill.

But Greensill used its own cash to cover repayments GFG could not afford, according to Panorama.

Cameron lobbied the government to act as a new investor for the firm, texting ministers including the Chancellor Rishi Sunak, as well as Boris Johnson’s senior adviser Sheridan Westlake, and deputy Bank of England governor Sir Jon Cunliffe.

The Bank of England turned Greensill down, but in June 2020 Greensill was approved as a lender under a government scheme designed to get emergency cash to companies affected by the Covid pandemic.

Greensill collapsed in March 2021, leading to a series of inquiries into Cameron’s conduct and what had happened to the firm.

The Treasury Select Committee of MPs said in May that Cameron showed a “significant lack of judgment”, although he was cleared of breaking lobbying laws.

A review commissioned by Boris Johnson, by lawyer Nigel Boardman – a non-executive board member in the business department – said in July Cameron “could have been clearer” about his role with the firm as he lobbied ministers.

But it found the ex-Conservative Party leader “did not breach the current lobbying rules”.