The architects of the Marble Arch Mound could be about to see Westminster turn red for the first time ever. 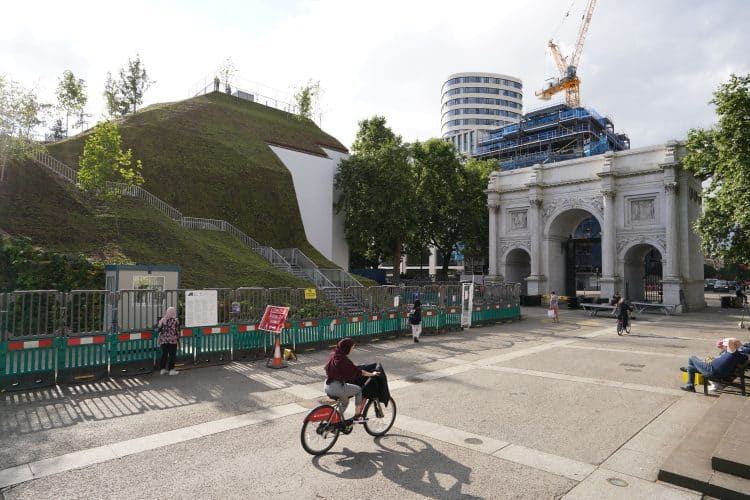 Westminister is at risk of falling into Labour hands for the first time ever in the local elections, a Tory Party source has told The London Economic.

Britons head to the polls on Thursday, May 5th with the Partygate scandal continuing to hang over the Conservatives.

Most of the seats were last contested in 2018, when the UK was still in the European Union, the prime minister was Theresa May, Labour was led by Jeremy Corbyn and the Liberal Democrat leader was Vince Cable.

In London, all 32 borough councils are up for election, along with five local mayors in Croydon, Hackney, Lewisham, Newham and Tower Hamlets.

Labour controls 21 of the 32 councils in London and will hope to hold all of them, as well as taking Barnet and Wandsworth from the Conservatives.

The Liberal Democrats will want to keep control of Kingston-upon-Thames, Richmond-upon-Thames and Sutton.

For the Tories, any improvement on its position in the capital would be considered a good result.

But according to one insider, they could be in line for a drubbing in some significant boroughs.

“The potential for disaster council wise in London is Westminster”, the source told TLE.

While Wandsworth had a good boundary review and has managed to cut council tax, Westminster has been less fortunate.

The council was beset by criticism after it squandered £6 million on the Marble Arch mound which was forced to close after just six disappointing months.

Murad Qureshi, a former London Assembly member who is running for Labour in the same ward, told MyLondon : “I find it incredible that the person behind the project isn’t standing down.

“If I’d squandered £6 million of public money, not only would I resign internally – but I’d make a point of standing down publicly. They’re the £6 million men.”

A leaflet from Labour ahead of the local elections points to the huge disappointment, saying it would have been cheaper to give each visitor £24 to spend on Oxford Street.

“Six million pounds could have been a fund to green and clean our neighbourhood, invest in youth centres, or protect our communities. Instead, we’re paying for their failures”, it added.