The comments came during a fiery response to the chancellor's Autumn Statement by the shadow city minister. 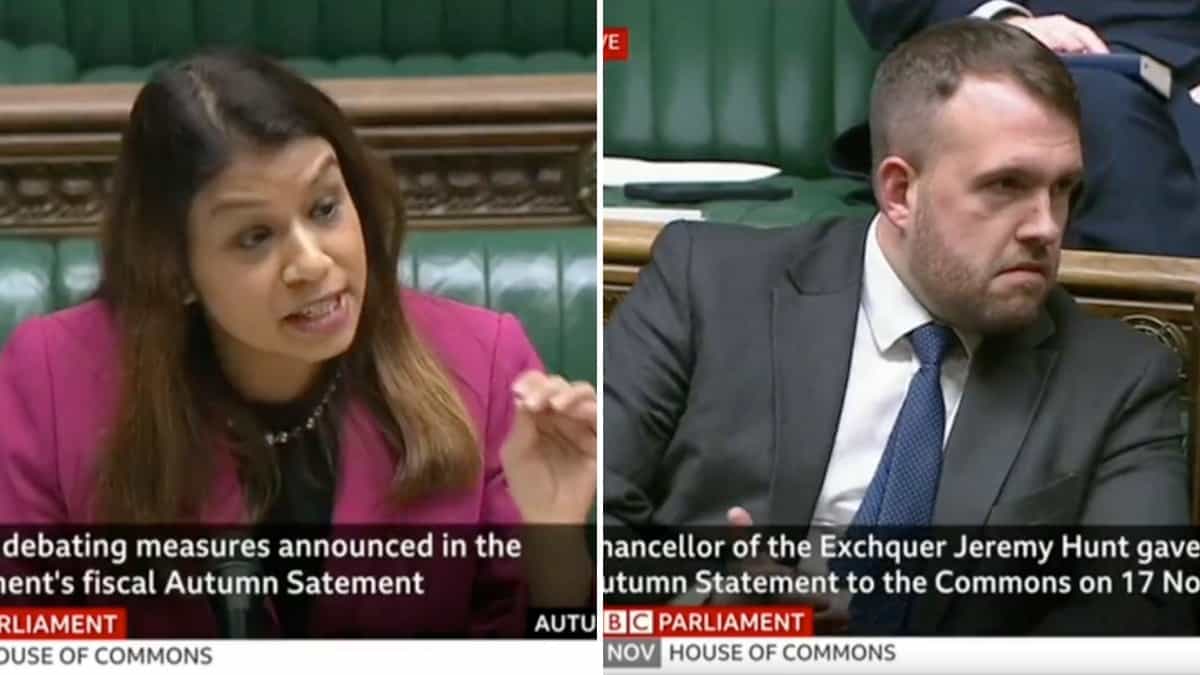 Tulip Siddiq tore into Jonathan Gullis in the House of Commons in a debate over the government’s Autumn Statement.

She said: “This week we have seen lots of statistics and figures flying around.

“The OBR has estimated that real household disposable income will fall by 7 per cent over the next two years, we’ve heard that our tax burden is set to rise to the highest level since World War II, we’ve heard about inflation rising to a 40 year high.”

Outlining Labour’s response to Jeremy Hunt’s Autumn Statement, Siddiq gave way to Tory MP Gullis, who asked whether Labour would cut taxes if they were in power.

Her response is pretty brutal!