"I think he's set the bar for husbands around the world." 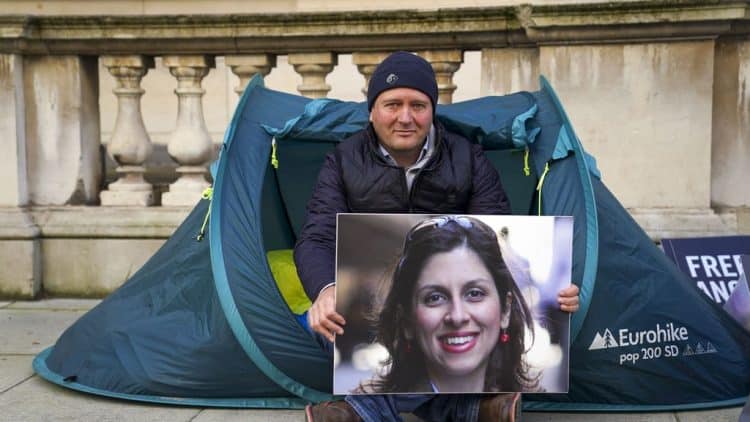 Zaghari-Ratcliff was released from detention today and boarded a flight out of the country as the UK Government settled an outstanding £400 million debt owed to the regime in Tehran.

Her husband Richard, who has fought a tenacious battle to secure her release, said he was “deeply grateful” and that he and their daughter Gabriella were “looking forward to a new life”.

The British-Iranian mother is returning to Britain, along with a second dual national, Anoosheh Ashoori.

Ms Zaghari-Ratcliffe and Mr Ashoori were initially being take to the Gulf state of Oman – which has been closely involved in the behind-the-scenes negotiations to secure their release.

Oman’s foreign minister Badr Albusaidi posted a picture of them arriving at the airport, adding: “Soon they will be with their loved ones at home.”

From there it is expected they will be flown on a Government-chartered flight to RAF Brize Norton in Oxfordshire.

Local MP Tulip Siddiq paid tribute to Richard Ratcliffe in Parliament today, saying he “set the bar for husbands around the world.”